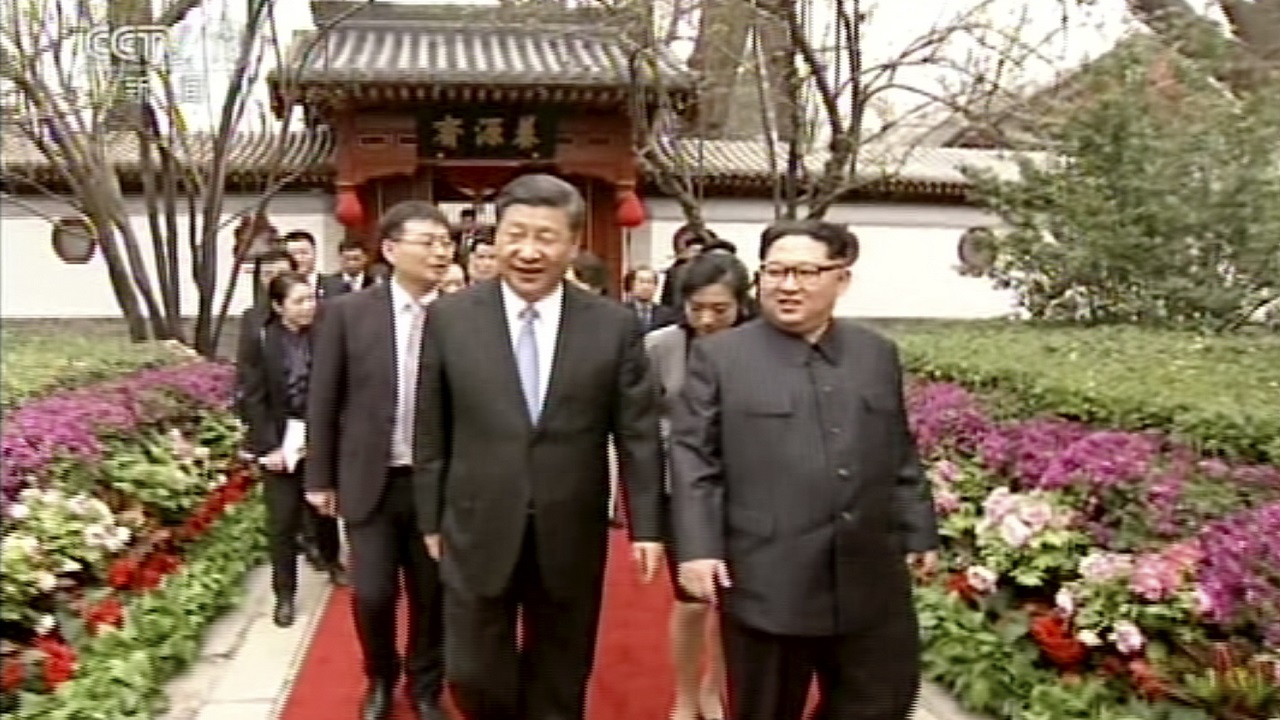 With smiles and firm handshakes, North Korea and China used a surprise summit this week to show that despite recent tensions, Pyongyang still has a powerful backer and Beijing will not be sidelined in discussions about the fate of its unpredictable neighbour.

North Korean leader Kim Jong Un's secretive talks with Chinese President Xi Jinping in Beijing – his first trip to a foreign country since he took power in 2011 - were not confirmed until after his return home.

They appear aimed at improving both countries' positions ahead of Kim's anticipated meetings with South Korean President Moon Jae-in and US President Donald Trump in the coming weeks.

A key objective for Beijing is to reassert its relevance to the upcoming talks, from which it has been excluded. China has appeared increasingly shut out as its relations with the North deteriorated and Pyongyang reached out to Seoul and Washington.

"Kim Jong Un's visit shows that China is not marginalised, but playing a leading role. This saves China a lot of face," said Pang Zhongying, a North Korea expert at Renmin University in Beijing.

Official reports from both countries on Wednesday depicted in effusive terms warm ties between the leaders in an effort to downplay recent tensions over Kim's development of nuclear weapons and long-range missiles.

Ties in recent months have frayed as China supported tougher UN sanctions on North Korea and suspended coal and iron ore imports. Pyongyang last year seemingly sought to humiliate Beijing by timing some of its missile tests for major global summits in China.

Kim made the visit to China at Xi's invitation, China's official Xinhua News Agency said. Xinhua said the trip ran from Sunday to Wednesday but appeared to include travel time from Pyongyang on the special armoured train that Kim traveled on, which secretly arrived in Beijing on Monday and left Tuesday afternoon.

Although China sought to keep Kim's visit secret, and described it on Wednesday as "unofficial", it accorded him full honours due to a head of state, including a formal welcoming ceremony and troop review at the Great Hall of the People in central Beijing.

Xi and his wife, Peng Liyuan, also hosted a banquet for Kim and his wife, Ri Sol Ju, and they watched an art performance together, Xinhua said.

Analysts say Kim would have felt a need to consult with China ahead of summits with Moon and Trump. His famously reclusive father, Kim Jong Il, made his first visit to China as North Korean leader in May 2000, reportedly to consult with the Chinese leadership ahead of his summit with South Korea's then-leader, Kim Dae-jung.

Who are North Korea's "robotic' cheerleaders?