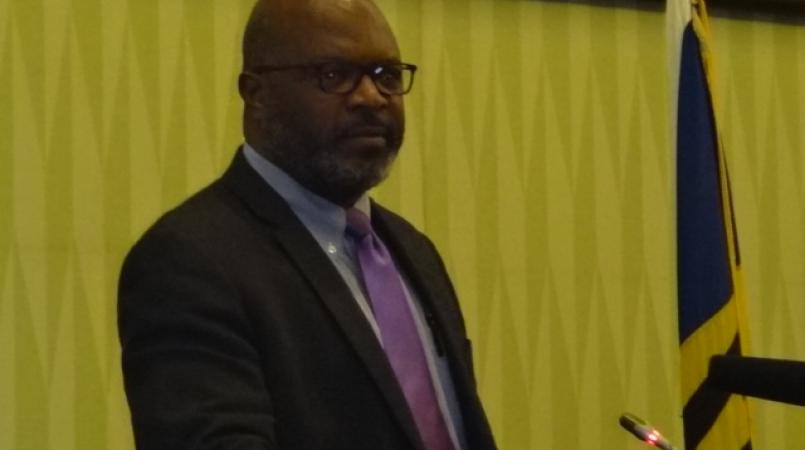 Attorney General Adriel Braithwaite is not comfortable with the strides made to date to tackle the issue of cybercrime, not just in Barbados but in the region.

He says despite a meeting in 2010, the development of a Crime and Security Strategy by IMPACT in 2013, and an Action Plan developed in 2016, more has to be done to deal with the new strategies that “Cyber Criminals” are coming up with.

Addressing yesterday’s opening of the 3rd Americas Working Group Meeting on Cybercrime for Head of Units being held at The Barbados Hilton he said, the lack of financial resources and knowledge gaps are the main reasons for growing trend that is causing the world billions of dollars and the region millions.

“The Cyber criminals have been working harder at accessing our systems than we have been addressing them,” he noted.

Noting that Barbados hosted a meeting in 2010 where they looked at where as a region they were on that issues and where they identified challenges among them lack of experience and capacity and how they should be addressed, he said years later the incidences of cybercrime has increased and engulfed almost every country in the region.

While applauding INTERPOL and other partners for the work they continue to do, he said, “Just as how you sit in room looking to see the deficiencies in the legal systems, just as how we sit down in a room doing training, the [cyber] criminals are doing the same thing, the only difference is they have more resources,” Braithwaite said.

Noting that this is a million dollar industry, he said the challenge is staying ahead of the criminals and to do this they “must stay ahead of the trends”.

INTERPOL he said will continue to press forward and formulate strategies to disrupt the criminal activities.

Attacks on the internet keep getting bigger and nastier