Not me and Prince Harry! Activist boycotting certain Independence events 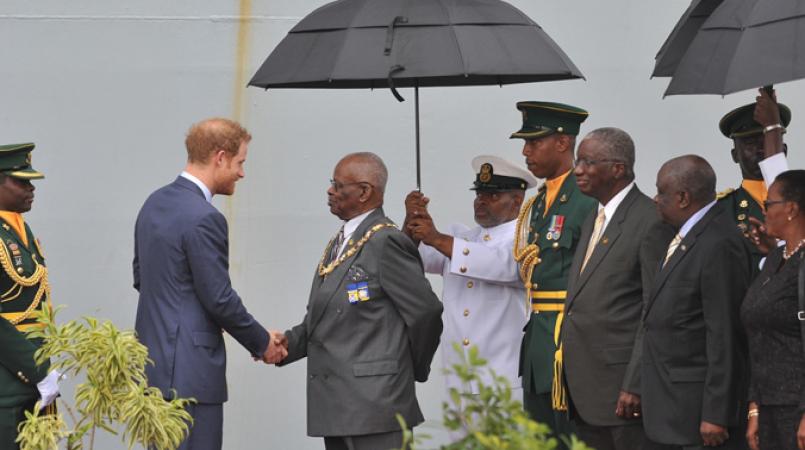 Head of the Clement Payne Movement, David Comissiong, says that as a citizen of Barbados he is offended by the involvement of Prince Harry in the country’s 50th anniversary of Independence celebrations.

In a recent statement, Comissiong said he was displeased with the news that Prince Harry would be presiding over important elements of the Independence celebrations, such as the Reveal of the National Monument and the Independence Parade.

According to the Pan-Africanist, Prince Harry’s “only claim to fame is that he once shocked his own British society by attaching a Swastika symbol to his arm and dressing up as a German Nazi.”

“I don't know about the rest of my fellow Barbadian citizens, but this ‘news’ has spoilt the whole 50th Anniversary Independence celebrations for me!”

“My mind simply revolts against the very thought of standing or sitting in a crowd of my fellow Barbadians and watching this strange English Prince – or any other English Prince, Queen or King for that matter – presiding over such sacred national events.

“To tell the truth, it really sickens me to the core that 50 years after allegedly achieving the status of sovereign, independent nationhood, our country still continues to bow down to Queen Elizabeth II and her ‘heirs and successors’ as our Queen, Monarch and Head of State!

Calling it a national embarrassment of “massive proportions”, the attorney-at-law said, “In order to spare myself what I know will be frightful pangs of embarrassment and psychic pain, I have decided that I will not be attending any of the 50th Anniversary of Independence events that Prince Harry will be presiding over.”

He added, “I have decided to attempt to bring this decision to the attention of the Barbadian public because I suspect that there are many other Barbadians who feel exactly as I do, and I would like to make them aware of the solution to the issue that I have devised for myself.”

Prince Harry arrived in Barbados on November 29 for a three-day official visit, during which time he will participate in several official events for the 50th Anniversary of Independence. His schedule also includes a tour of the Nightengale Children’s Home, Nature Fun Ranch and the Paragon Base, as well as taking part in activities for World Aids Day on December 1.

He also had engagements with the Governor General Sir Elliot Belgrave and Prime Minister Freundel Stuart, who has previously gone on record as wanting to replace Queen Elizabeth II as the head of state and make Barbados a republic with a ceremonial president.

PM Stuart told a Democratic Labour Party (DLP) branch meeting in March 2015 that he wanted to have this happen by 2016.

He said: “We respect (the Queen) very highly as head of the Commonwealth and accept that she and all of her successors will continue to be at the apex of our political understanding. But, in terms of Barbados’s constitutional status, we have to move from a monarchical system to a republican form of government in the very near future.”