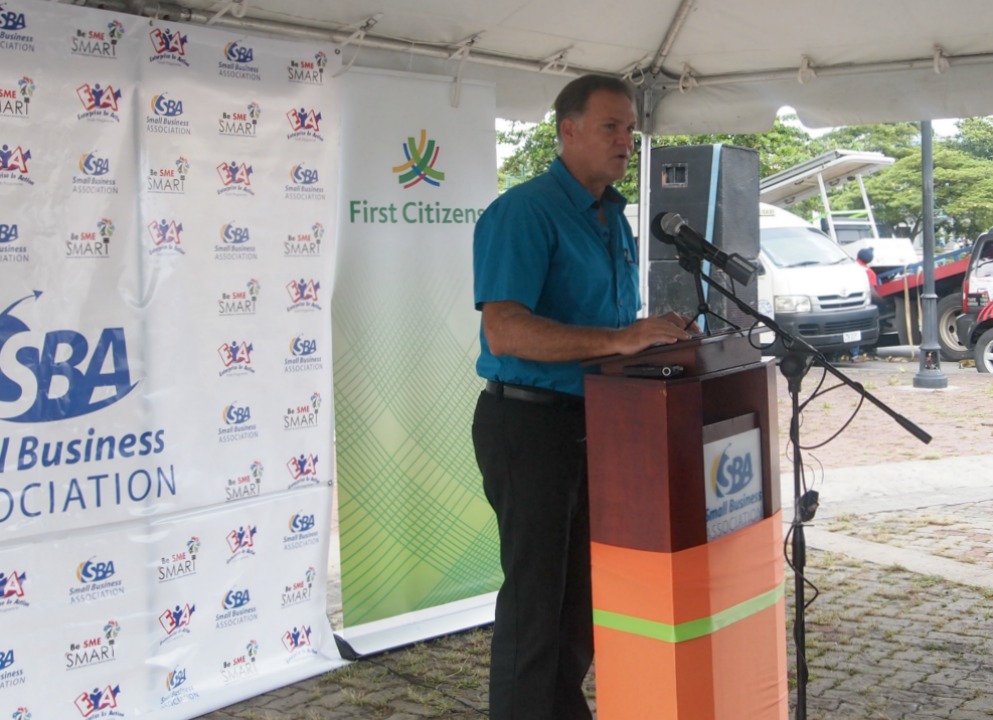 The situation appears to be getting worse for businesses grappling with the effects of the increase in the National Social Responsibility Levy (NSRL). This is according to President of the Small Business Association of Barbados (SBA), Dean Straker.

From the time the NSRL was announced during the May Budget, private sector businesses have heavily criticized the eight percent increase even after the Minister of Finance disclosed there will be exemptions for those in the manufacturing and tourism sectors as well as for the VAT-free basket of goods. The private sector made an urgent plea to government at the last Social Partnership meeting held in August petitioning for an ease in the increased taxation but to no avail.

Straker spoke to the media on the sidelines of the launch of the SBA Week of Activities where he said some businesses are reporting up to a 15 to 20 percent decline in performance, adding he anticipates there will be a further decline by October. He also reported some businesses have had to let go some staff and others may have to go as well.

Straker said small businesses in the manufacturing sector are concerned with the way the tax is being applied and it needs to be addressed urgently as it is making businesses uncompetitive.

“Small manufacturers and large manufacturers feel that it is an unfair tax because of how it is implemented. Instead of paying NSRL on the imports, in other words your raw materials, we are asked to pay the NSRL at the end. So after the product has been made then you have to add NSRL, so the consumer now pays a lot more.”

He stressed the manufacturers are not against paying NSRL but they feel it is unfair for the tax to be paid at the end-point. He said SBA members are still awaiting word from the Barbados Revenue Authority (BRA) to clearly outline what constitutes production cost so manufacturers can be aware of how to properly calculate the tax payable.

Straker added the confusion in the calculation of the NSRL is neither good for government nor the manufacturers as government may be missing out on revenues to be collected.