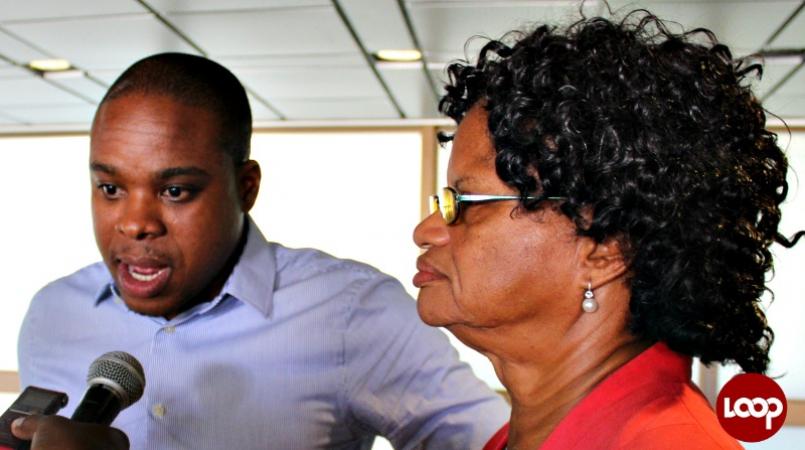 The National Union of Public Workers (NUPW) is hoping for improved relations with government entities and more timely provision of information, especially in relation to government's restructuring of the public sector.

There were some of the requests made by NUPW representatives when they met recently with Minister of Labour and Social Partnership Relations, Colin Jordan.

General Secretary, Roslyn Smith, said quarterly meetings were a customary part of the arrangement with the Ministry of Civil Service, Personnel Administration Division and the Ministry of Health and Wellness, but were now not occurring.

She stressed the need for Government to make information more forthcoming in relation to the retrenchment process, to recognize agreements made with unions, and for larger Ministries to come back to the bargaining table.

President of the NUPW, Akanni McDowall, while congratulating the Minister on his appointment and assuring him of the NUPW’s willingness to do “all in its power to work collaboratively”, stated that  the seeming lack of communication with Government in the past had to be resolved.

He said “because there was that barrier to communication, it meant that a number of grievances that we had at the time were not resolved in a timely manner or not at all”.

Mr. McDowall emphasized the need for the NUPW to be involved intimately in the retrenchment process, and called for more information and details on related plans and targets. He said this would allow his union enough time to adequately inform members and sensitize them to the issues.

Minister Jordan, in his response, explained that any “rush” perceived was as a result of time being a factor for Government, as it was working on addressing both revenue and debt. Stating that issues became problematic because of the failure of people to sit down and talk, he stressed:

“That is the major issue and that is one of the things I will be pushing more as it relates to any matter. People have to learn to sit down and talk. Even when you are at senior level, it is not beneath you. You don’t lose anything by sitting down and talking to people.”

While committing himself to working and dialoguing with the unions, he told the NUPW representatives: “I think we had a good meeting and there are a number of issues to follow up on.”

Maintenance of government buildings, flexibility in work arrangements, and matters related to some state owned enterprises were also discussed during the meeting.