Obesity rising in nations rich and poor, especially in kids 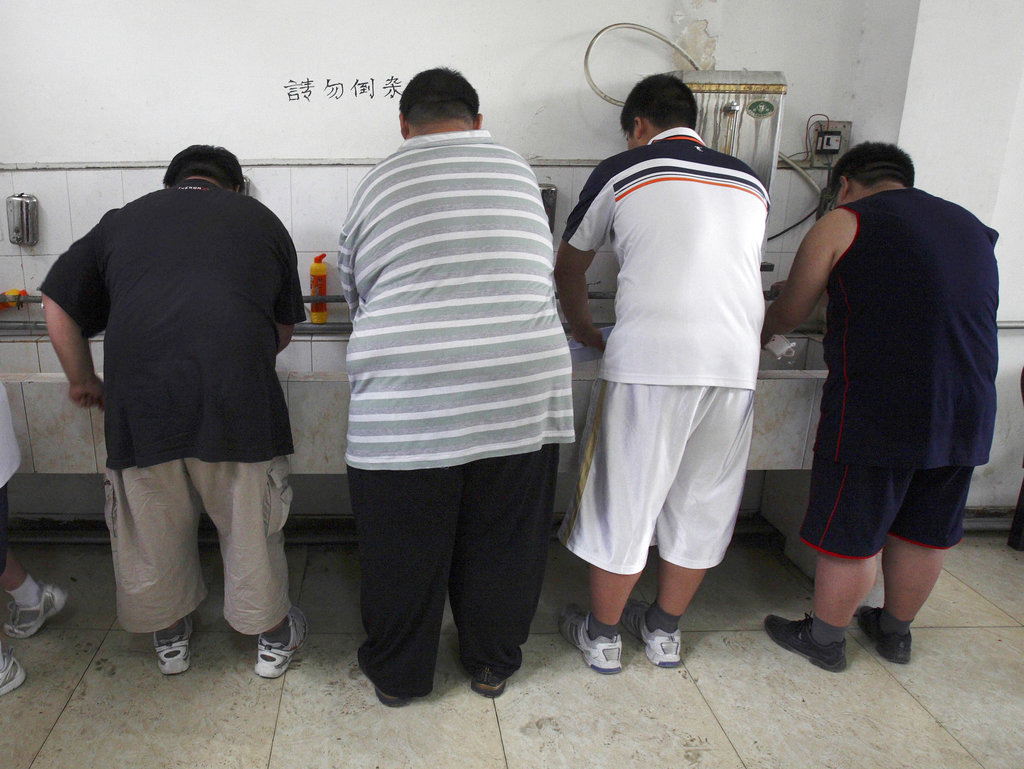 In this Thursday, July 24, 2008 file photo, obese patients wash their plates after lunch at the Aimin Fat Reduction Hospital in Tianjin, China. The hospital uses a combination of diet, exercise and traditional Chinese acupuncture to treat rising obesity rates. Research released Monday, June 12, 2017 found the obesity epidemic is getting worse in most parts of the world, according to data between 1980 and 2015. (AP Photo/Ng Han Guan)

The global obesity problem now affects 1 in 10 people in the world, it is rising in countries rich and poor, and in many countries it is increasing faster in children than adults, according to a new study.

The researchers estimated more than 107 million children and 603 million adults are obese.

The research found obesity has tripled in children and young adults in countries like China, Brazil and Indonesia. Those numbers are particularly troubling because it means more young people are on track to become obese adults and develop problems like diabetes, heart disease and a range of cancers, some experts said.

The study was led by a team at the University of Washington in Seattle. It was published online Monday by the New England Journal of Medicine and presented at a food science and policy meeting in Stockholm.

Researchers reported on 195 countries, although data was incomplete or nonexistent for many of them. They made assumptions and used mathematical modeling to fill in gaps.

Despite the limitations, "this is the best picture that's out there for global obesity," said Edward Gregg, a diabetes expert at the U.S. Centers for Disease Control and Prevention. He wrote an editorial that accompanied the study.

Some of the findings:

—Obesity rates doubled in 73 countries between 1980 and 2015. Countries where obesity did not increase significantly included Afghanistan, Bulgaria, and the Democratic Republic of the Congo.

—Among the 20 largest countries, the United States had the highest level of obesity among children and young adults. Bangladesh had the lowest.

—Egypt had the highest rate of obese adults. Vietnam had the lowest.

—But the United States had the largest number of obese adults in 2015, with 79 million. China came in second with 57 million obese adults — even though China has more than four times as many people as the U.S.

—China had the largest number of obese children, with 15 million. India had 14 million.

—Globally, about 4 million deaths were attributed to being overweight or obese in 2014, from causes like heart disease and diabetes.

Some good news is that improvements in medications and other kinds of health-care seem to be helping people survive longer even if they have weight-related health problems. Researchers did not find an increase in weight-related rates of death and disability, Gregg observed.

But with obesity levels rising, there is a pressing need for better nutrition and other efforts to prevent unhealthy weight gain, said one of the authors, said Dr. Ashkan Afshin, the study's lead author.

Unfortunately, "there is no single simple solution for the problem of overweight and obesity," he said.

Thailand's chunky monkey on diet after gorging on junk food