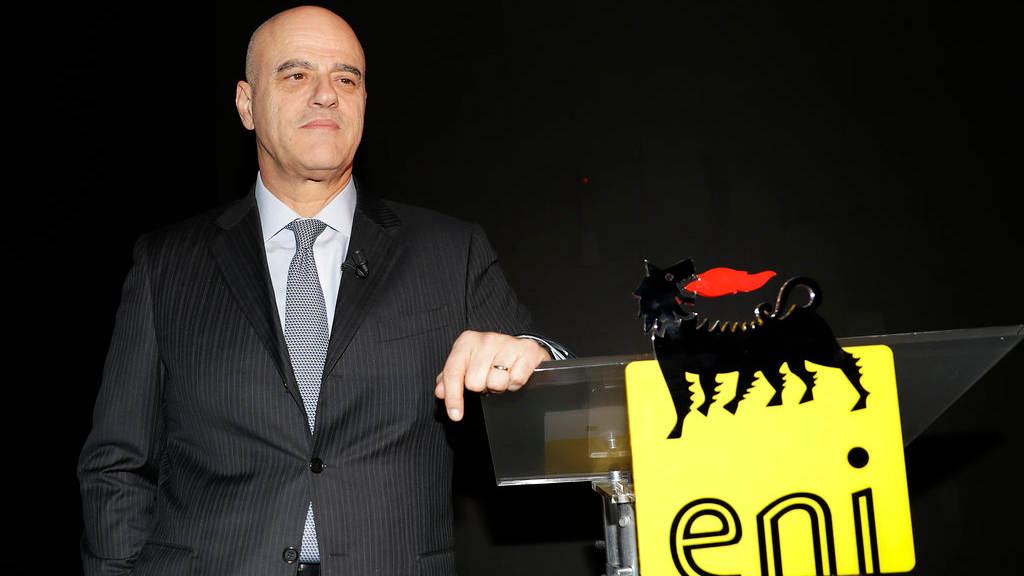 A corporate bribery trial billed as the biggest in history opened Monday against the Shell and Eni oil companies as well as former and current executives, all charged in a $1.1 billion scandal to win control of one of Nigeria's most lucrative oil blocks.

The size of the two oil companies makes the trial the biggest ever, according to anti-corruption campaigners, who also say it is unprecedented that Eni's current CEO, Claudio Descalzi, remains in his post while he faces such serious charges.

"We have never seen a sitting CEO of an oil major go on trial for bribery," said Barnaby Pace, a campaigner with activist group Global Witness.

The trial was later postponed until May 14 for technical reasons. The Nigerian government and four non-governmental organizations, including Global Witness, submitted requests to be considered damaged parties in the proceedings, which would allow them to participate in the prosecution.

The organizations all worked together to get documents to prosecutors in Milan, as well as in other jurisdictions, that helped bring to the Nigerian case to trial.

Descalzi is one of 13 individuals charged in the case involving the 2011 purchase of the OPL245 block. Other defendants include his predecessor, Paolo Scaroni, two former top Shell executives, a former Nigerian oil minister, and a series of middlemen and advisers.

The companies themselves are also corporate defendants.

Milan prosecutors allege that $520 million of the $1.1 billion paid into an escrow account was converted into cash and distributed as bribes, while several hundred million more went to a former oil minister.

Both Anglo-Dutch Shell and Eni, which is 30-percent owned by the Italian state, have denied wrongdoing and expressed confidence that the trial would exonerate both the companies and individuals.

Both companies are also under investigation in the case in the Netherlands and face charges in Nigeria.

The Italian charges followed similar indictments last year in Nigeria that target a Shell subsidiary, not the parent company.

In Nigeria, prosecutors allege bribes of more than $800 million were made to government officials and a businessman for the block's license and that the Nigerian government only got $210 million from the deal.