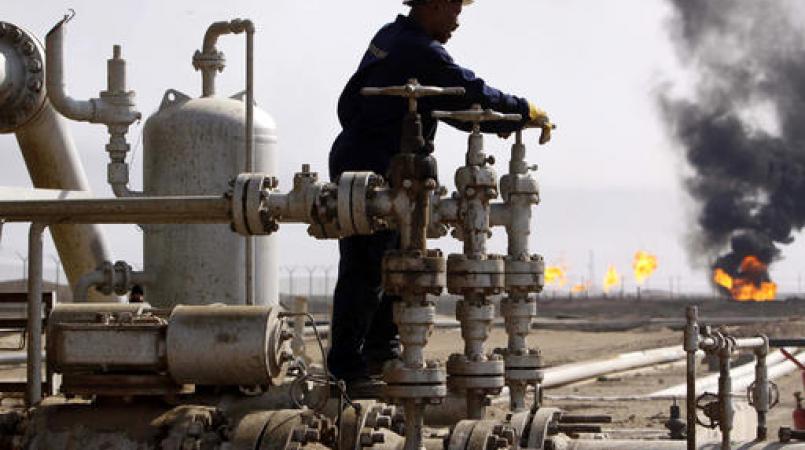 The price of oil has surged as the 14-member Organisation of the Petroleum Exporting Countries (OPEC) moved Wednesday to end infighting and agree to cut output for the first time in eight years.

The international benchmark for oil soared $3.56, or 7.7 percent, to $49.97 a barrel amid signs that oil ministers were now focusing less on whether there would be a cut and more on how it would be shared among members.

A cut could have a lasting impact on consumers as oil price increases feed into the cost of car fuel, heating and electricity. It could also restore some authority to OPEC as an arbiter of prices and supplies after years of inconclusive meetings undermined by infighting.

Underlining the significance of the meeting, Saudi oil minister Khalid Al-Falih spoke of a "critical day for us in OPEC."

An agreement appeared distant as late as the eve of the cartel's meeting due to a rivalry between Saudi Arabia, OPEC's top producer, and Iran, whose struggle for dominance in the Mideast is also playing out in OPEC.

The Saudis have long been hesitant to shoulder the lion's share of a cut, while Iran has resisted reducing its own production. It argues it has yet to recover its output levels hit by years of sanctions.

But as ministers headed into their closed decision-making session, comments from both sides suggested a compromise could be reached.

"We have agreed to a waiver from a cut to Iran in recognition of the impact of the sanctions on their economy and their industry," said Khalid Al-Falih, the Saudi oil minister.

Iran's oil minister, Bijan Zanganeh, confirmed that "for Iran, no reduction, no freeze."

If implemented, it would send a signal that the cartel, which accounts for about a third of the world crude output, is once again focused on regulating supplies and prices after years of inaction that dented its image.

Any lasting effect on oil prices is unclear, even if cuts are agreed on. Russia, a major non-OPEC oil producer also must join in, and with the world economy feeble and oversupplied with oil, a bounce may be only temporary.

Still, even a symbolic sign that OPEC is back in the business of regulating the market would be significant, and could prompt major crude exporters outside the cartel to follow suit. Al-Falih, the Saudi, said he was hoping for "600,000 combined from non-OPEC," and aparticipant who demanded anonymity because he was not authorized to comment on the closed consultations said Russia was expected to account for two-thirds of that amount.

Zanganeh said he is "optimistic," adding that non-OPEC oil nations "already have agreed to cut after our decision."

"It seems that Russia is ready and sent very positive signal to us for contributing," he said.

Once second only to Saudi Arabia in production within OPEC, Iran chafed for years under sanctions that crimped its oil sales while watching its rival increase its output. With sanctions lifted this year as a result of a nuclear agreement, Iran is looking to regain its market share within OPEC while pushing the Saudis to give up gains it says were made while Tehran was sanctioned.

A compromise agreement could see Tehran increasing output, but not to pre-sanctions level of around four million barrels a day, as the Iranians originally demanded.

Even a full OPEC cut will not restore crude prices to the levels over $100 that a barrel fetched in June of 2014, before increased output from the US and other non-OPEC countries led to oversupply.

OPEC then opted to pump at high volumes instead of throttling production, in an attempt to maintain market share and drive US shale oil and gas producers with higher operating costs, out of business.

Crude prices plunged as a result.

In January, they fell below $30 a barrel for the first time in over a decade before rising to levels now that are still less than half of their mid-2014 peak.