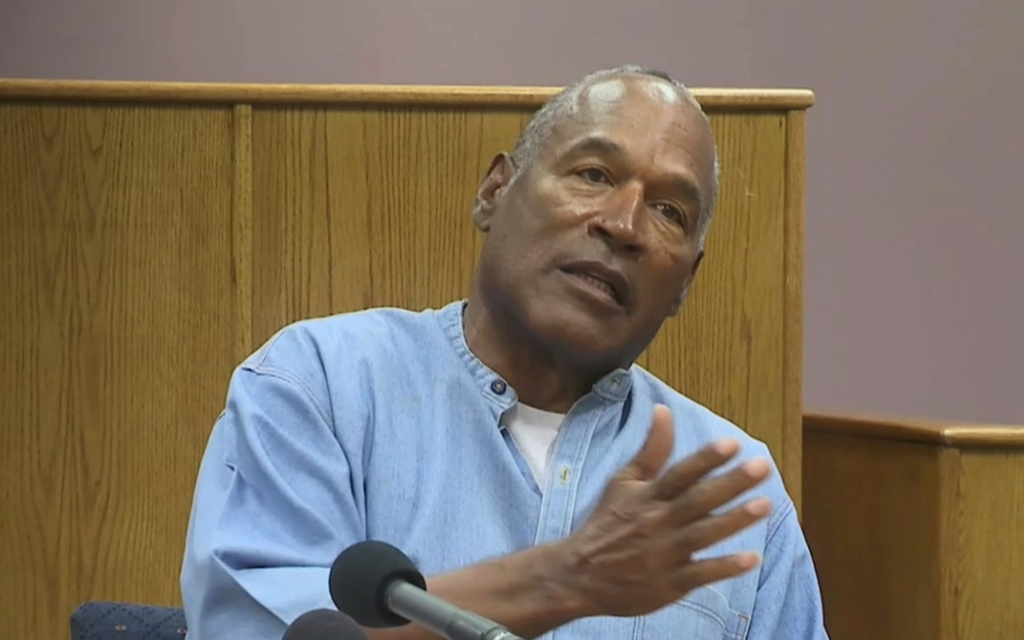 A parole board on Thursday agreed to grant OJ Simpson parole after serving nine years in prison for kidnapping, armed robbery and assault for a 2007 incident.

In granting Simpson the release,  the Nevada Board of Parole Commissioners who voted in favour, cited his support in the community and stable plans after life in prison.

The decision was unanimous: Four out of four voted for release.

Sitting before the board to make his case, Simpson, 70, apologised and promised he’d have no conflicts if released.

He said he was a model inmate and recounted the evidence in the case which he said proved he did not have a gun at the time.

Bruce Fromong, one of the victims of Simpson's robbery, said Simpson made a mistake.

Referring to the former NFL player by his nickname “Juice”, Fromong said OJ never pulled a gun on him during the robbery.

"He never laid a hand on me," Fromong said.

He said he and Simpson have been friends for almost 27 years and that Simpson is not a threat. He said Simpson's nearly nine years behind bars is "way too long" and that it's time for him to go home to his family and friends.

Turning to Simpson, Fromong said that if Simpson was released: "Juice I'll be here tomorrow for you."

Arnelle Simpson, Simpson's oldest child, speaking on behalf of the family said they just want him to come home.

She told the parole board that the family realised he's not perfect but has done the best he can.

She said he didn't make the right decision in 2008 when he tried to take back sports memorabilia in a budget hotel room in Las Vegas. He was convicted of armed robbery and has spent nearly nine years behind bars.

Simpson said she knows her father is remorseful, and the family wants him home so they can move forward. She called her father her best friend and her rock.

Simpson smiled when the Board returned its ruling.