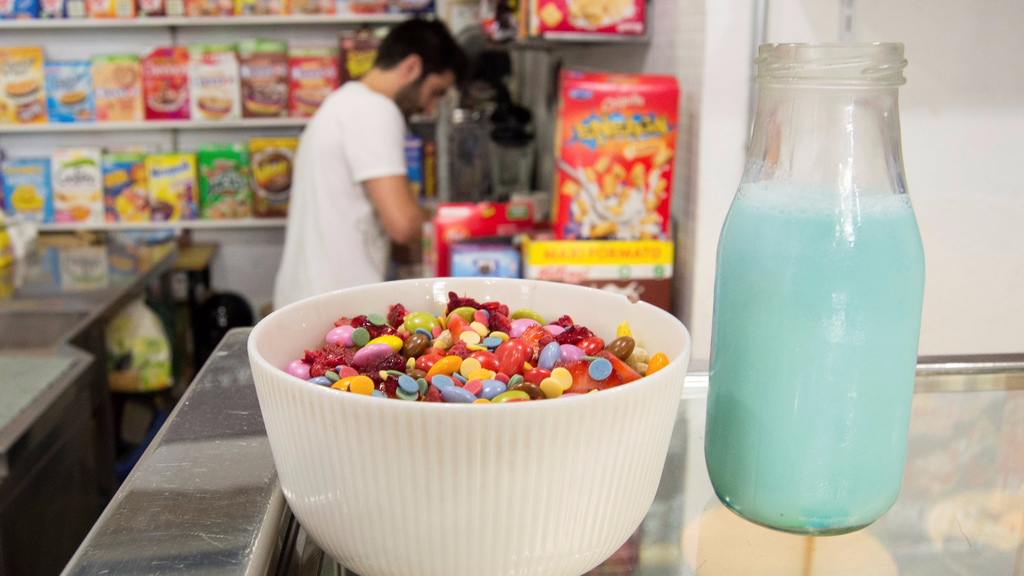 Travelers wandering the streets of European capitals in search of old-world charm might just as likely stumble upon a bowl of Lucky Charms.

Cafes serving American breakfast cereal have exploded in popularity in Europe as young entrepreneurs tap into both nostalgia and novelty among customers who'll pay between $3 and $9 a bowl. (In US supermarkets, you can buy entire boxes of cereal for less.)

In the last two years, cafes have opened in London, Paris, Madrid, Barcelona, Lisbon, Berlin, Hamburg, Manchester and many other cities. The trend also has a toehold in the Middle East. 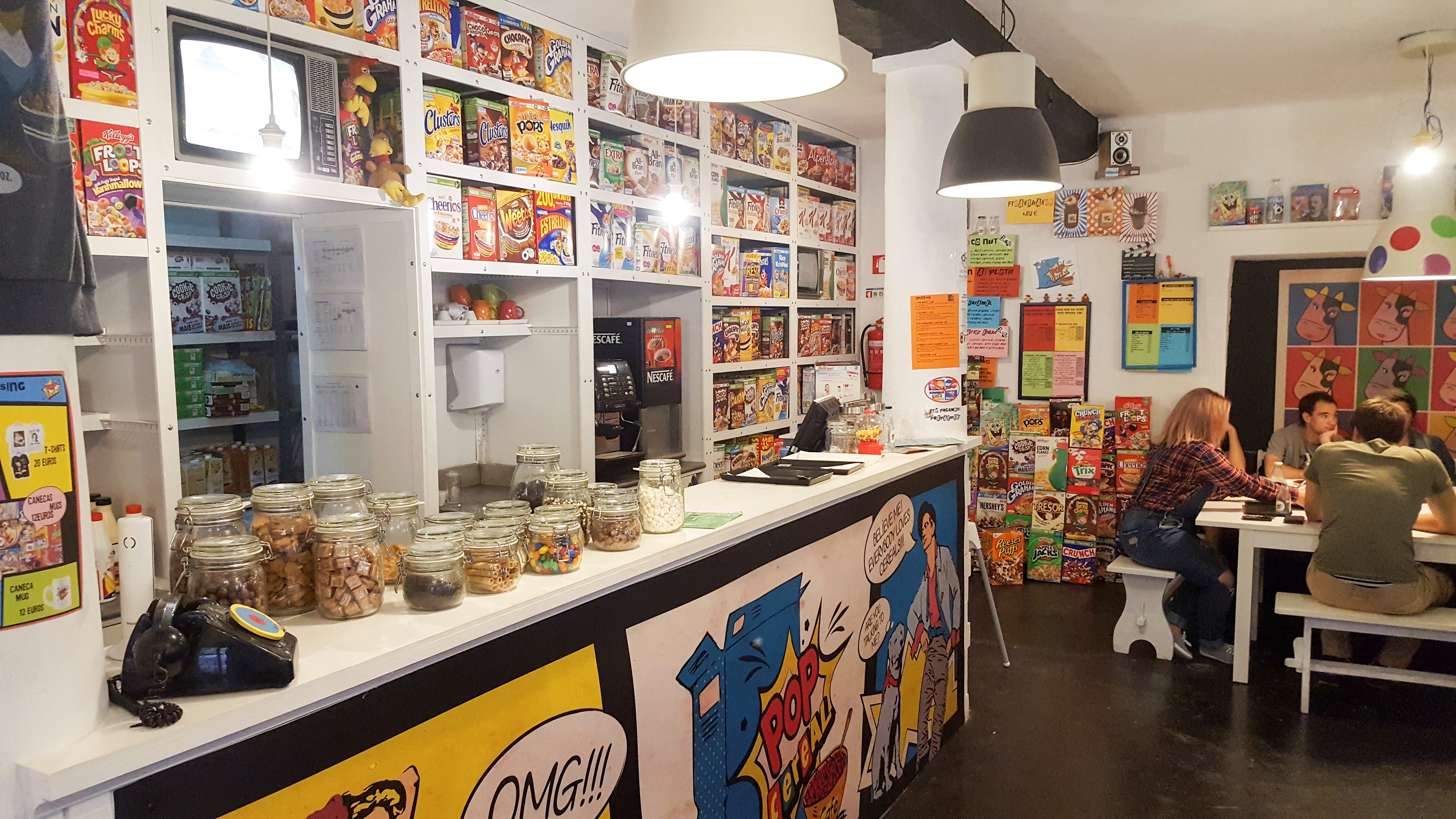 There's no single model for the cafes, but they tend to offer at least 100 brands, dozens of fruit and candy toppings, sweet syrups, and several kinds of milk, including nondairy and flavoured varieties. Many also serve coffee, cereal-flavoured milkshakes, soft-serve sundaes or inventive takes on Rice Krispies treats, like tiered cakes made from marshmallowy layers of Fruity Pebbles, Apple Jacks and other sugary cereals. Rare varieties from foreign countries also bring in homesick expats.

A classic bowl with milk is still the standard. But they're often topped with combinations that go far beyond what most Americans would recognize as a breakfast banana sliced over Corn Flakes.

At Pop Cereal Cafe in Lisbon, one of the most popular is a mix of Froot Loops and Rice Krispies with mini marshmallows and dried strawberries, topped with strawberry syrup, a waffle cookie and a scoop of vanilla ice cream, served with a side of milk in a glass bottle.

"Cereal has existed for what, a hundred years?" said one of Pop's three owners, Filipe Vicente, 32. "But for a hundred years it was cereal and milk and that was pretty much it. Now this product has so many varieties, the combinations are endless, and we think, what about ice cream or pudding? Why not?"

Brightly coloured boxes line the shelves at Pop for practical and decorative purposes, and a bunk bed and padded benches let patrons doze off for a quick nap. Pop also has hosted events, such as a pajama party with a live band called Beliche, which is Portuguese for bunk bed.

Vicente, who was a mechanical engineer until 2016, said they got the idea from seeing Cereal Killer Cafe in London, which was the first of its kind in Europe. Identical twins from Belfast had opened it in 2014 after seeing cereal cafes in the United States and watching the 2007 independent movie "Flakes." Now Cereal Killer has two more stores in England as well as branches in Jordan, Dubai and Kuwait.

Cafes that had opened in Chicago, Florida and Texas have since mostly closed, but two flashy entries opened recently in New York, a Kellogg's-branded flagship near Times Square and one inside a designer sneaker store in Brooklyn.

Despite making inroads elsewhere, nowhere has the trend caught on quite like it has in Europe, whose grocery stores never stocked the hundreds of varieties that fill entire aisles of American supermarkets.

Nicolas Castan, one of three people behind El Flako in Barcelona, said the lack of experience led to some risky combinations after they opened in the spring of 2017. 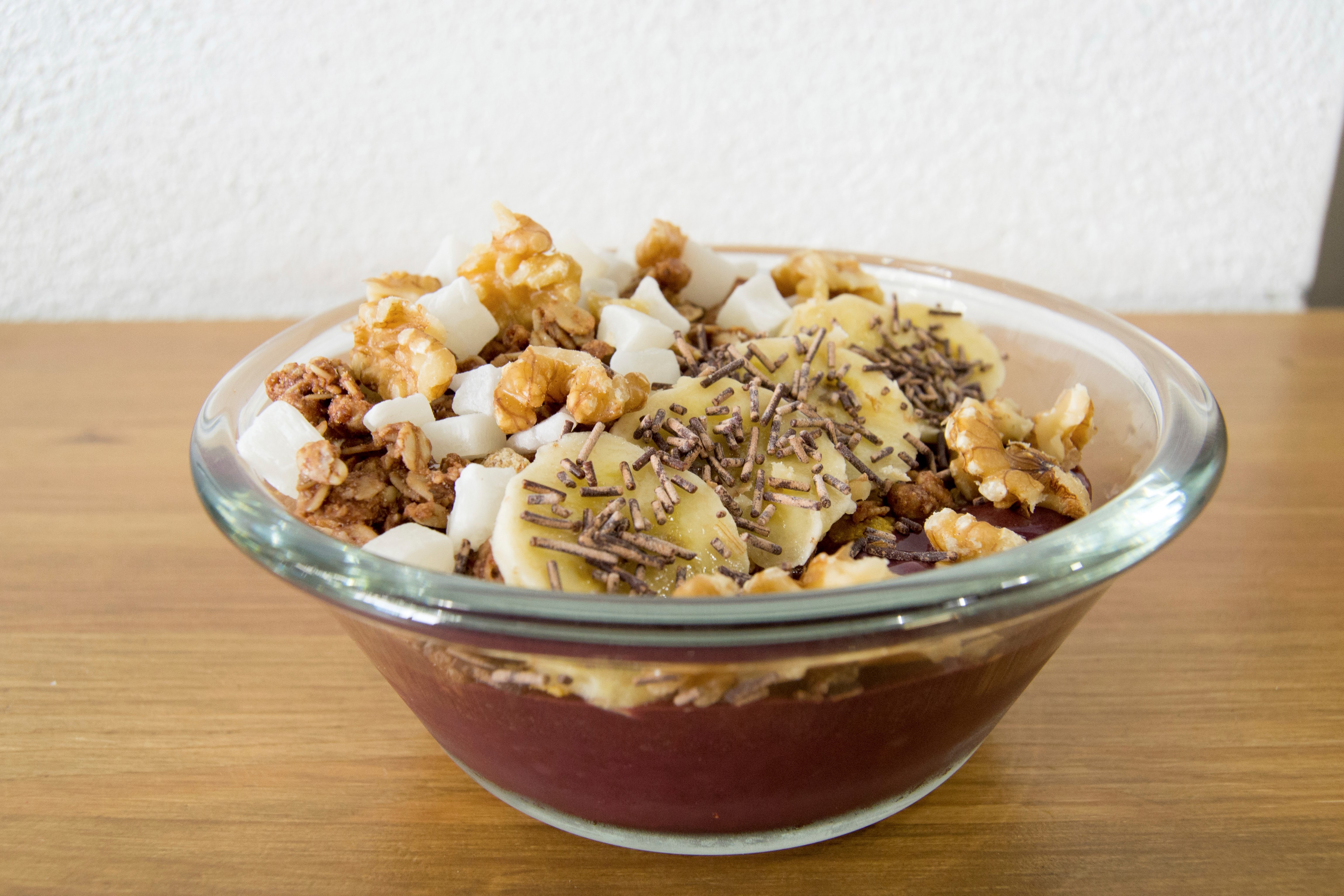 "Almost half the people would make their own but they wouldn't finish it because they were making really weird mixes, like Froot Loops with chocolate Krave," said Castan, who previously worked in public relations. "So, we tried to make sure the combinations are balanced with both flavour and texture."

On one recent afternoon, all of El Flako's 20 seats were filled, mostly with Spanish speakers who giggled at the menu's fruity, chocolatey, honey or healthy combinations. Lining the white shelves around them were technicolour boxes of Sugar Smacks, Disney Princess and dozens of others cereals, as well as potted plants labelled with first names of famous rock singers like Patti, Jim and Alice. A soundtrack of The Doors, Jimi Hendrix and The Clash pumped out of the speakers.

The combination of novelty and atmosphere were enough to bring Maria Roca, a 19-year-old student from the University of Barcelona, back a second time with a friend, Nuria Amor, 19.

"It's not cheap, but it's not really expensive," said Roca, who had a 5.60 euro combo of Cookie Krisp, Choco Krispies, Kinder chocolates, M&Ms, bananas and chocolate milk. "And it's something original, so I wanted to show her."

Would they be back?

"Yes, for sure," said Amor, who had Cinnamon Toast Crunch and Apple Jacks with honey, apples and wheat milk. "It was really good, and you wouldn't do that at home."