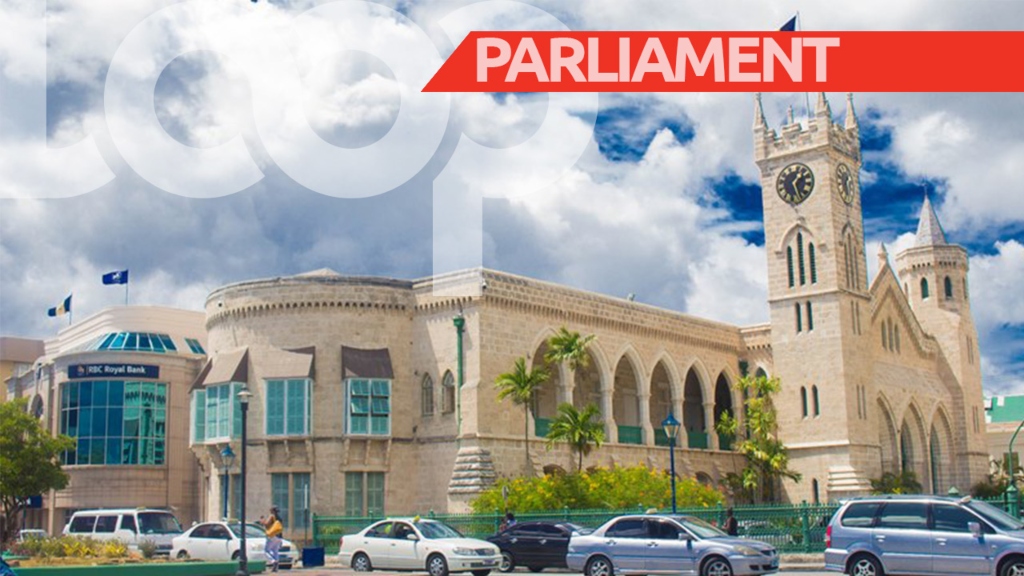 Barbadians are questioning the events that unfolded in yesterday's Senate sitting, which resulted in four Senators walking out.

Opposition Senators Caswell Franklyn and Crystal Drakes, as well as independent Senators Monique Taitt and Lindell Nurse, caused an upheaval in the Upper Chamber, walking out after Senator Lisa Cummins was allowed to enter.

Senator Cummins had been part of the Welcome committee for the arrival of 95 nurses from Ghana on July 30,  nine of the Ghanian Nurses later tested positive for COVID-19. She was allowed to enter the chamber after receiving a negative test result and being approved by Chief Medical Officer, Dr Kenneth George to return to work.

The Integrity In Public Life Bill 2020 needed a two-thirds majority to be passed.  Fourteen votes were needed from the Senate to pass the bill. It was not passed.

The actions of the senators has left the public with mixed feelings as to exactly why a vote was taken and not delayed considering the circumstances.

Auditor and pundit, Krystle Howell seemed miffed at the series of events that led to the legislation being defeated in the Senate. 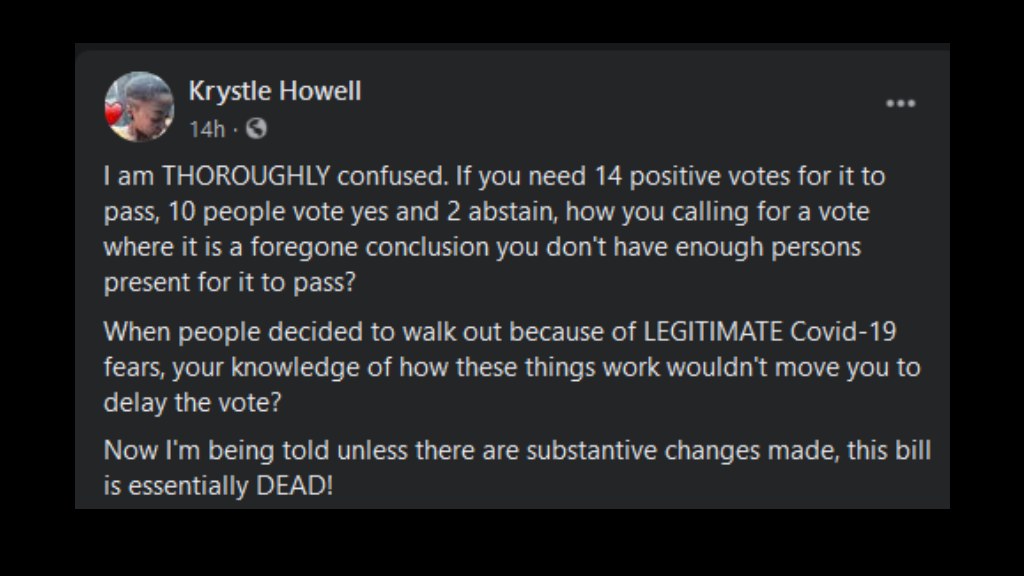 Government Senator Dr Crystal Haynes also pushed back on the Opposition and independent senators' decision to leave Parliament and cast some aspersions to the true intent of the walkout. 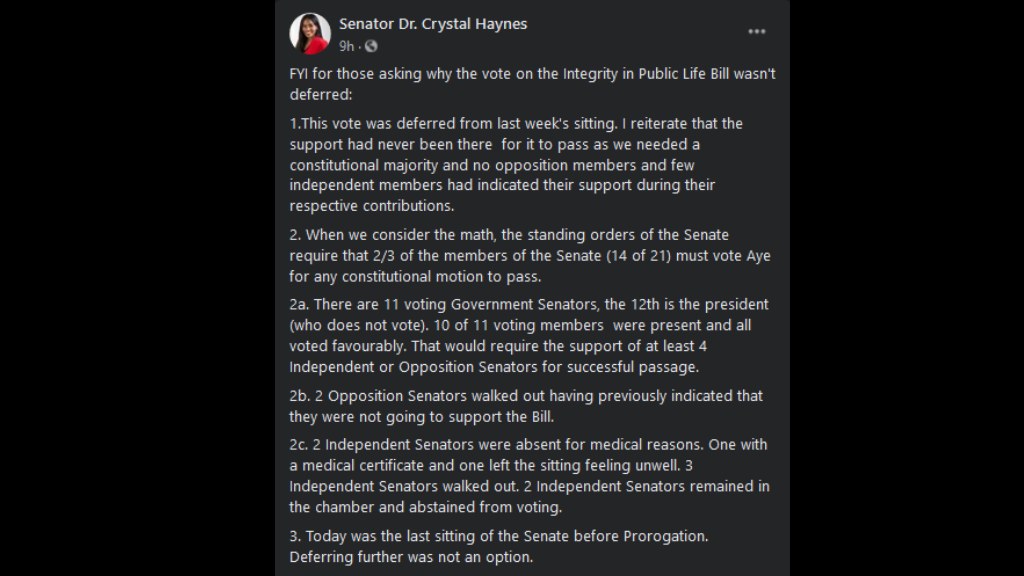 Meanwhile, others online are still furious at the situation with questions around Senator Cummin's isolation being at the fore. 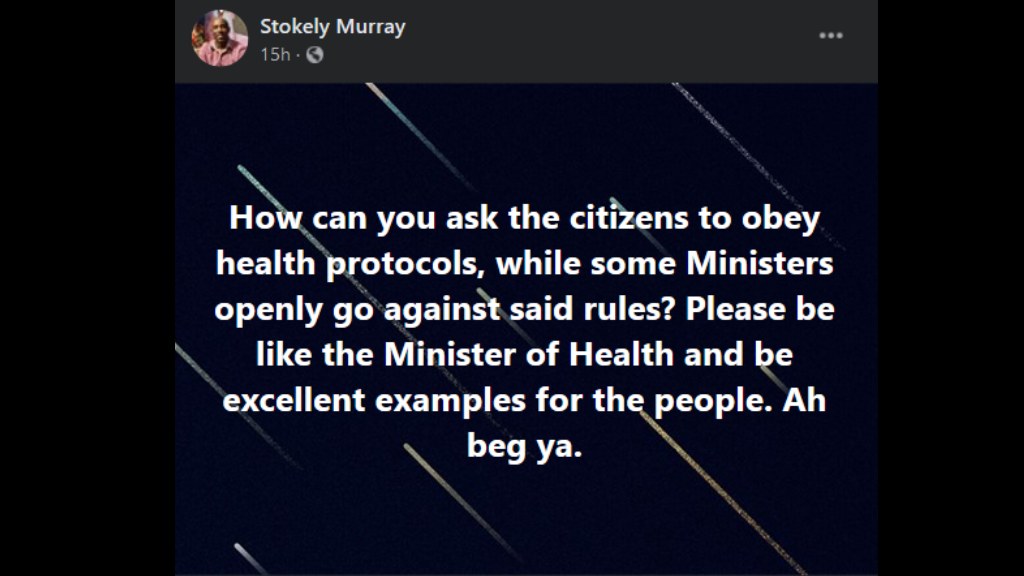 Others are unsure as to the validity of the science involved here. 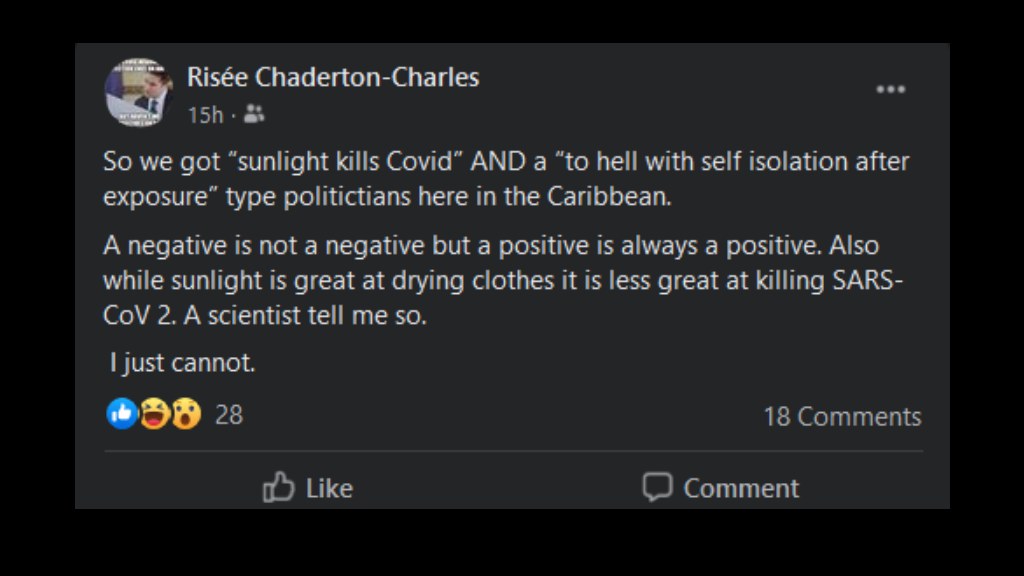 Now the public is left to wait to see if there will be any further push towards this Bill in the near future.