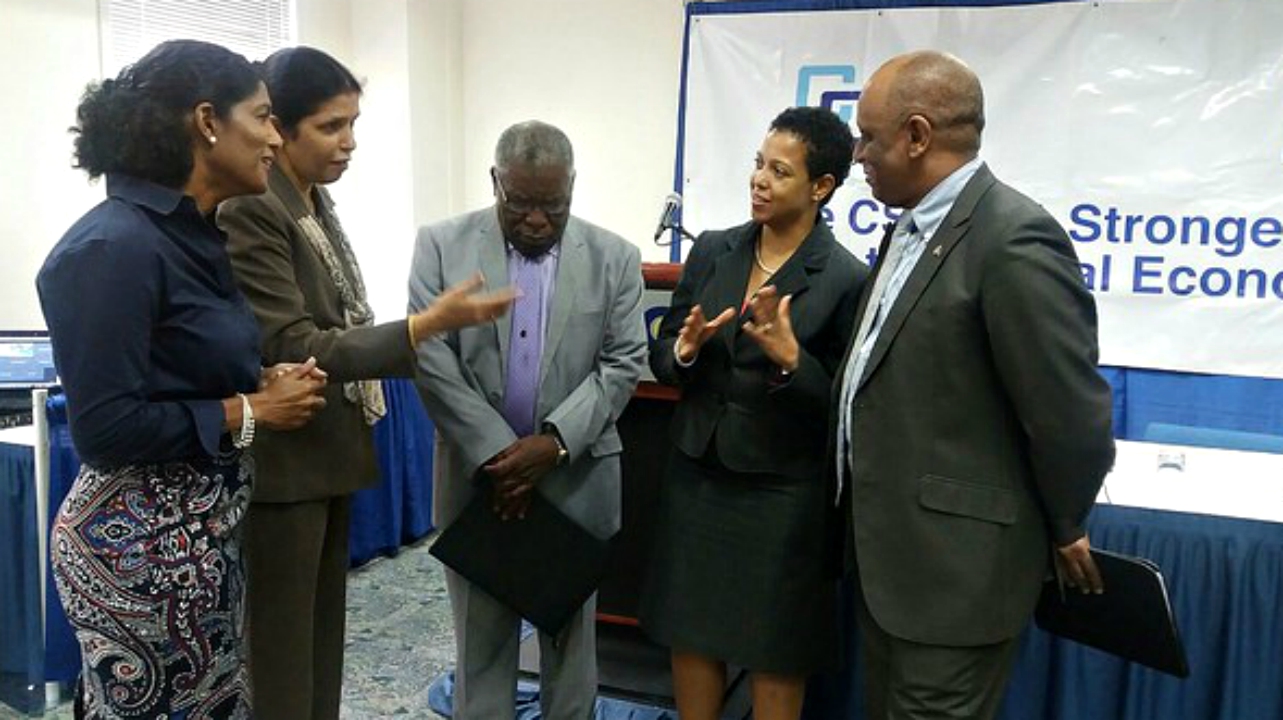 Four new online platforms aimed at promoting trade and improving the ease of doing business have been launched, giving a boost to the Caribbean Community (CARICOM) development of a Single Market and Economy.

The CARICOM Online Companies Registries provide a region-wide electronic platform for online name searches and name reservation, business and company registration, public access to records, e-payment and e-signature, among other features. It will also facilitate a better overview of the prevailing business climate in the region, helping for example, to identify areas of saturation, those with growth potential, and even the role of the informal economy.

The EU’s Dr Stephen Boyce, in remarks at the launch, said “A few years ago, the in-flight magazine on LIAT was rebranded as LIME. This was just a few weeks before a telecommunications giant in the region acquired a similar moniker. The result was a further rebranding to Zing to avoid any conclusion. A regional register would have avoided this,” he noted.

With the Labour Market Information Systems, they say there is a need for a central repository for data on the labour markets in participating CARICOM Member States, which will allow for better matching of skills with available positions at the regional level, which will facilitate movement of skills in the region and better management of labour migration within the Single Market and Economy (CSME).

The Community Public Procurement Notice Board should help both the private sector and governments by facilitating the exchange of information on procurement opportunities and contract awards.

The CARICOM Rapid Alert System for Dangerous (non-food) Consumer Goods (CARREX) Platform and Online Public Portal should help business-customer relations by serving as a source of public information on dangerous non-food consumer goods that pose serious risks to the health and safety of consumers.

Dr Boyce said, “During the past three weeks, the path of devastation of Hurricanes Irma and Maria has reminded us of the fragility of our built infrastructure. As our brothers and sisters across the region rebuild their lives and livelihoods, attention must also be paid to building a more robust and resilient digital infrastructure. At the regional and national levels, it will be vital to create technology recovery strategies as part of the business continuity planning process.”

Barbados Ambassador to CARICOM, Robert “Bobby” Morris, speaking on behalf of the country’s Foreign Minister, stressed the importance of the CSME to regional development.

“The realisation of the CSME is seen as a major item in the advancement of the Caribbean and in recent times the COTED (CARICOM Council for Trade and Economic Development) and the Conference (of CARICOM Heads of Government) have had the CSME and Freedom of Movement, in particular, under intense scrutiny in attempts to realise the full benefits of integration for the masses of our people,” he said.