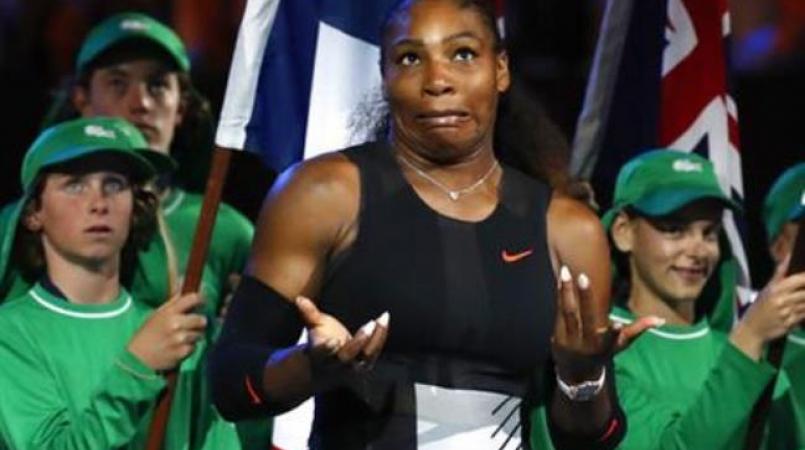 Serena Williams says she was taking a personal photo of her progressing pregnancy on Snapchat when she accidentally pressed the wrong button and made the post public.

The photo of the tennis superstar in a one piece bathing suit was captioned "20 weeks." Despite the lack of information, it immediately made headlines around the world last week. Her publicist later confirmed the pregnancy to The Associated Press.

Williams told Gayle King at the TED2017 Conference in Vancouver on Tuesday night that the mishap wasn't a big deal because she planned to share the news shortly.

Williams says she plans to return to the court after becoming a mom, adding, "my baby is going to be in the stands, hopefully cheering for me and not crying too much."

FEATURED IMAGE CAPTION: In this Jan. 28, 2017, file photo, Serena Williams reacts after defeating her sister Venus during their women's singles final at the Australian Open tennis championships in Melbourne, Australia.