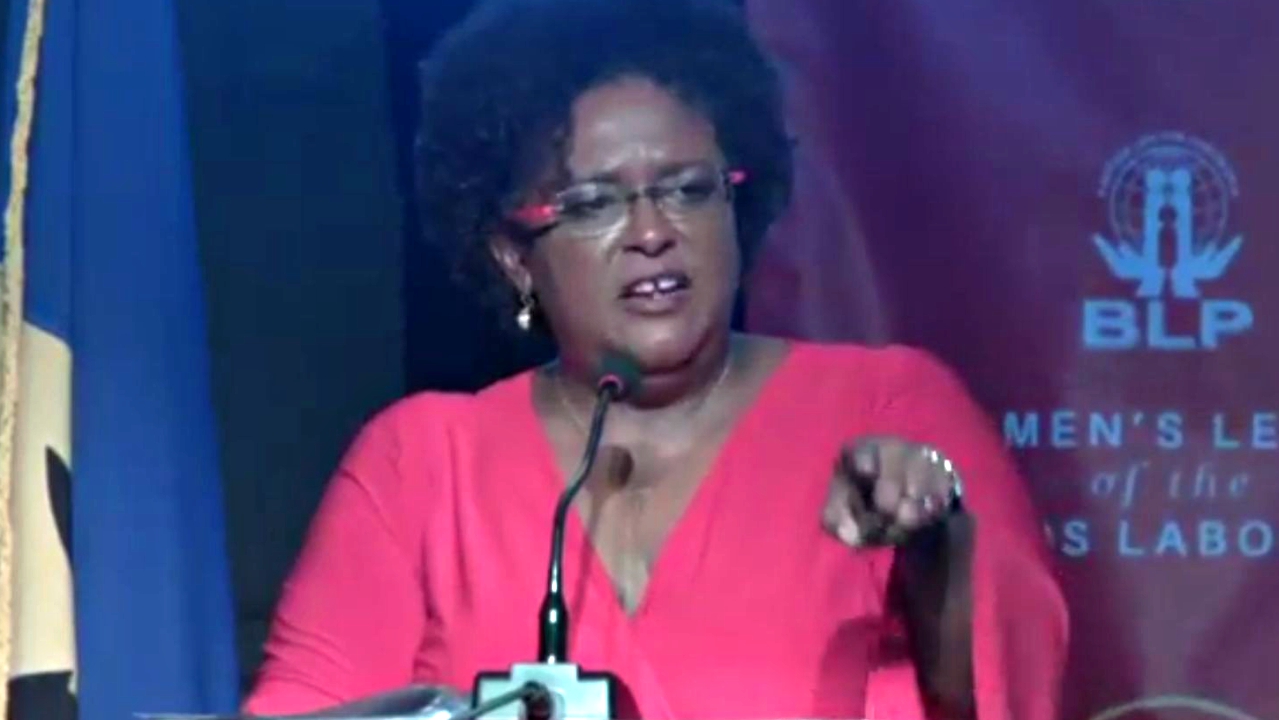 Opposition Leader Mia Mottley speaking at the BLP Annual Conference over the weekend.

Giving the party leader’s address at the Barbados Labour Party 79th Annual Conference on Saturday, Mottley said her administration will be heading to Parliament to right several wrongs.

The Opposition Leader said they will also be repealing legislation requiring tax clearance certificates for property transactions "and while we are at it we will review the policy that this certificate is needed for foreign exchange wires under a certain threshold."

In addition, she said her administration would be repealing the National Social Responsibility Levy (NSRL) and the Solid Waste Tax.

She also committed her future Minister of Education to make a ministerial statement committing the Government to paying tuition fees at the University of the West Indies Cave Hill campus for Barbadian students in the academic year 2018-2019.

She assured that her economic team is working on an Economic Stabilisation and Growth Plan which will which will be brought before Parliament within six weeks of taking office.

"We are already preparing for office and will not assume the reins of government like our predecessors – feeling our way," she asserted

"I am not promising milk and honey or manna from heaven. What we are promising is honest, open government in the best interest of all our people and to try always to meet the goals we have set for ourselves and to fulfil your expectations of us," she said.

PM: Mottley has nothing new to offer

'Nothing wrong with Mottley not having a Legal Education Certificate'