Original Trix, made with artificial colours, is coming back 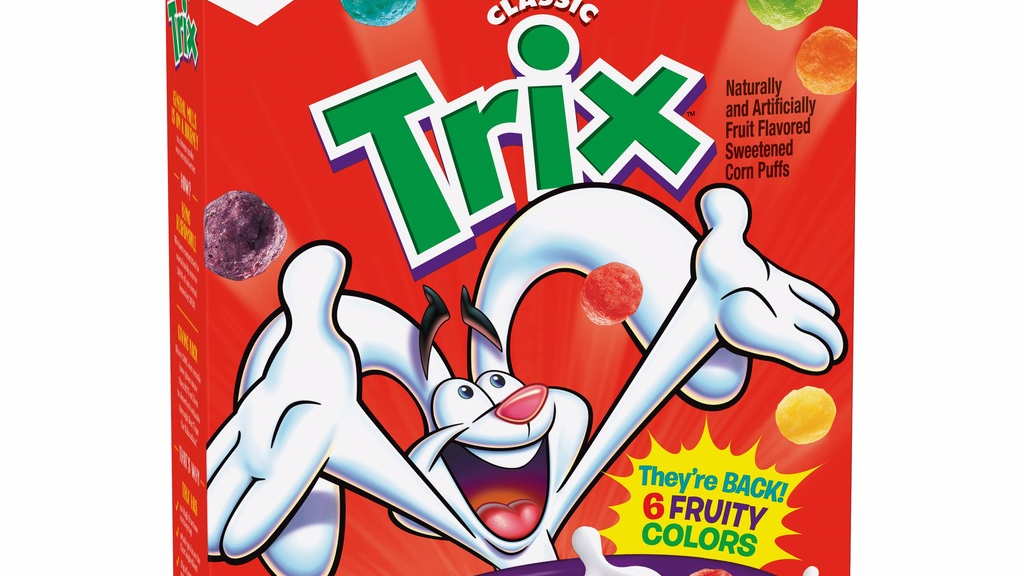 Trix is back to its old tricks: The colourful cereal will once again be made with artificial dyes and flavours, nearly two years after they were banished from the cereal.

Food maker General Mills said Thursday that Classic Trix will return to supermarket shelves in October. But it will also continue to sell the version without artificial colours and flavours.

"We heard from many Trix fans that they missed the bright vibrant colours and the nostalgic taste of the classic Trix cereal," said spokesman Mike Siemienas, explaining the move, which was first reported by The Wall Street Journal.

In early 2016, General Mills switched to using natural sources for colour, such as turmeric, strawberries and radishes. Its hope was that the change would appeal to parents who are increasingly concerned about what ingredients are in their food. But the cereal lost its famous neon colors, and the blue and green pieces had to go because the company couldn't find natural replacements.

General Mills Inc. said it is also working on bringing back another fan favourite: Trix made in shapes of fruits, which it stopped selling a decade ago to return to round pieces.

The Minneapolis-based company said about 90 percent of its cereals, including Cheerios, Cocoa Puffs and Golden Grahams, are still made with no artificial flavors or colours.

Tobago's Blue Food Festival is back

10 Caribbean Food Blogs you should be following