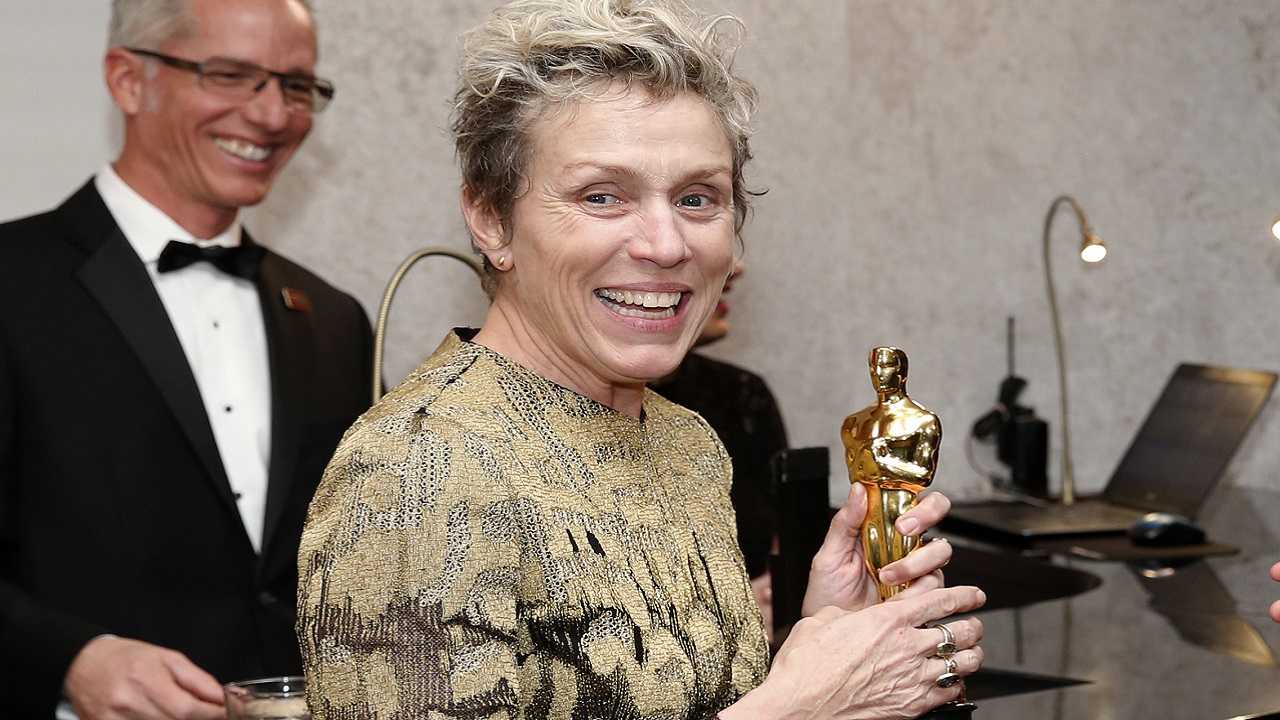 (Image: AP: Frances McDormand at the Oscars on Sunday 4 March 2018)

A man was arrested and is accused of stealing Frances McDormand's Oscars trophy after the Academy Awards on Sunday night, Los Angeles police said.

"After some brief time apart, Frances and her Oscar were happily reunited. They celebrated the reunion with a double cheeseburger from In-N-Out Burger," McDormand's publicist, Simon Halls, told The Associated Press.

McDormand received the Academy Award for Best Actress for her performance in "Three Billboards Outside Ebbing, Missouri".

The Oscar statuette was allegedly stolen during the Governors Ball after-party, authorities said. Bryant had a ticket for the event, Herrera said.

The two-time Oscar winner, who swept trophies at the Golden Globes, Screen Actors Guild, Independent Spirit and BAFTA ceremonies, beat out Sally Hawkins of "The Shape of Water", Margot Robbie of "I, Tonya", Saoirse Ronan of "Lady Bird", and 21-time nominee Streep of "The Post" at Sunday's Oscars.

In "Three Billboards", McDormand played Mildred Hayes, a hardened woman seeking justice for her daughter's murder in the crime drama.

Her first Oscar came in 1996 for "Fargo," directed by her husband Joel Coen and his brother Ethan.

Bryant was being held on $20,000 bail Monday morning, police said. A telephone number for Bryant couldn't immediately be located and it wasn't clear if had an attorney who could comment on his behalf.