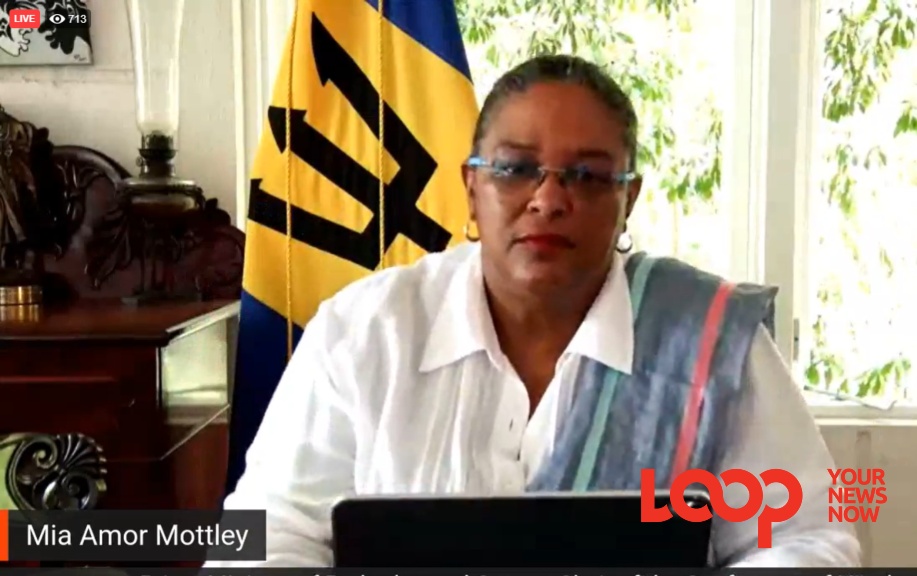 The Caribbean Community (CARICOM) gets a passing grade for its overall response to COVID-19.

Chair of CARICOM, Barbados' Prime Minister Mia Mottley commended the regional member states on their collaboration to combat the effects of the COVID-19 pandemic. Facing this unprecedented situation and threat during her tenure as Chairman, she said:

"The truth is that people forget that the Caribbean Community is a community of sovereign nations which means that each country is entitled to take its own decisions. We also have a platform that is premised on functional cooperation and I think it has been in this area of functional cooperation that we have seen the greatest change.”

Highlighting several regional agencies such as IMPACS, CARPHA, the CARICOM Secretariat and CDEMA, PM Mottley branded them all as vital in the Caribbean’s response.

She emphatically stated that there needed to be a commitment to secure expenditure on critical regional institutions similarly to how commitments existed on securing national expenditures on vital issues.

The Caribbean Public Health Agency’s (CARPHA) role was highlighted as a lifeline with respect to testing for COVID-19.  “CARPHA has been the entity that has been testing for a lot of Caribbean countries and if we don’t allow it to do so, where would individual countries be?” PM Mottley questioned. Barbados had testing on island through the Best-dos Santos Public Health Laboratory but in the beginning stages and even throughout the past three months, many CARICOM states relied heavily on CARPHA to conduct testing on their behalf, to retest questionable cases, and to supply test results in a speedy and timely manner still.

“IMPACS has an entity out of Barbados called the Joint Regional Communications Centre (JRCC). They are the ones who provide from Suriname and Guyana in the south to The Bahamas in the north, from Barbados in the east to Belize in the west, with the flight information and information on ships, anybody coming into our water and to our airspace,” the CARICOM Chair highlighted.

The advanced passenger information systems supplied by the JRCC allows for better management at the ports of entries across the region fostering collaboration between that entity and port health authorities. PM Mottley went on to stress that this entity, which has existed for over 14 years now, allowed for better screening and better management across island borders in the midst of the COVID-19 pandemic.

Outside of the pandemic, the PM also highlighted the good work of the Caribbean Disaster Emergency Management Agency (CDEMA). “As we speak CDEMA is preparing for what might befall them in this context of the hurricane season, but more importantly, what is not known [is that] CDEMA has been the entity that helps us manage logistics and will continue to help us manage the logistics of supplying these things [PPE, testing kits, test samples to and from CARPHA] to individual countries,” she stated.

And she reiterated that the response was for the better because of these regional bodies.

“So I would say that yes, we could have done better, we always can, but equally I recognize that without the critical regional institutions and common protocols that we established, we had a meeting with the cruise ship industry here in March and with the public health officials, we have been able to also reach subtle protocols with one another and a minimum threshold to help countries reopen their borders and we’ve continued to be able to see how we can cooperate with respect to other aspects of public health to be able to get us through COVID.”

And as she showered praise, she said that the region cannot sleep on the pockets of issues that did present as well.

PM Mottley also noted that there were areas where collaboration was not as robust and said that solutions must be found for the benefit of the region.

“Where the cooperation perhaps has not been as evident has been in the domestic economic packages that have been put together and similarly there are consequences. LIAT is one of the consequences regrettably,” the outgoing CARICOM chair stated.