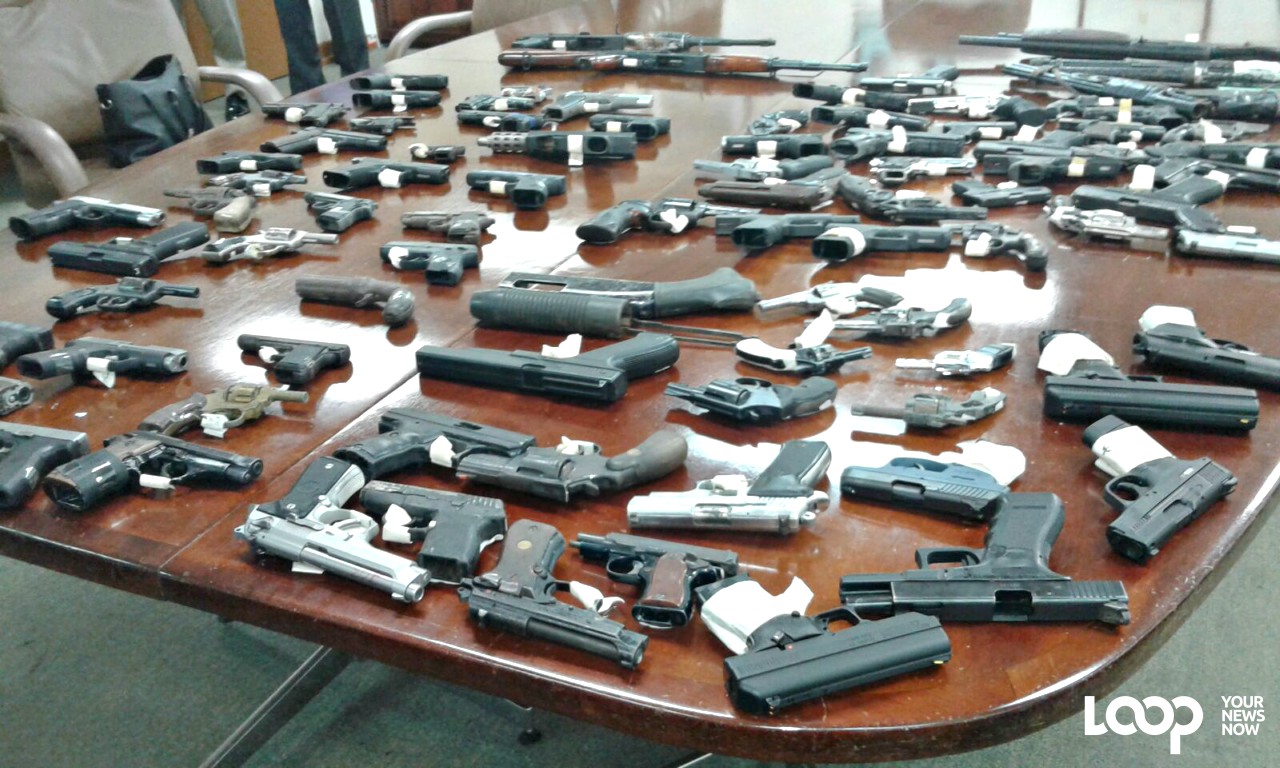 The Royal Barbados Police Force (RBPF) has made some major headway in tackling the scourge of gun-related crimes following the seizure of 91 illegal firearms so far for the year.

This morning at Police Headquarters in The City, members of the Criminal Investigation Department (CID) along with other senior police officers held a press briefing to display the weaponry seized during investigations.

Acting Assistant Police Commissioner, Colvin Bishop told the media firearm-related crimes has increased significantly jumping from 202 in 2016 to 318 in 2017. This was evident during the period between August to October of this year when shootings were rampant, resulting in the death of six young men and injuries to many others.

Assistant Commissioner Bishop said other than murders, the gun-related crimes were mostly aggravated burglary, endangering life, robbery and assault with intent to rob.

He said it was difficult to pinpoint the origin of the illegal firearms but he noted assistance has been forthcoming from other regional law enforcement agencies in tracing the firearms.

The seizures in 2017 have led to 153 offenses going before the law court and Assistant Commissioner William Yearwood put it down to good police work. "In recent times we have been staging some operations and I am aware that in some of these operations, we were successful... this type of operations [sic] will continue as it is being fruitful for us."

Assistant Commissioner Year wood said the Force will not be giving any thoughts to implementing a gun amnesty now or anytime in the future as he explained this has not yielded any great results in the past.