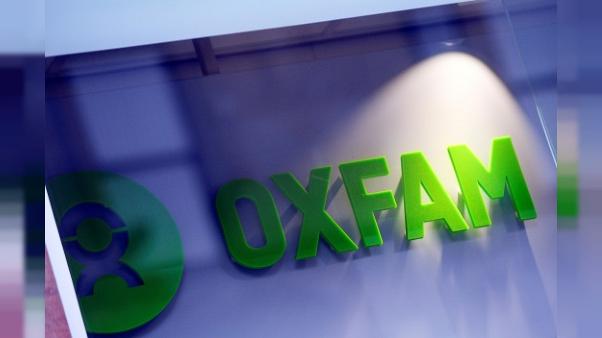 Oxfam workers suspected of sexual misconduct in Haiti intimidated and threatened a witness as the charity investigated the original claims, according to the organization's report on the internal inquiry.

The findings were part of a previously confidential report released by Oxfam on Monday as the charity responds to newspaper stories suggesting it covered up allegations that seven employees used prostitutes on the charity's property while working in Haiti after the 2010 earthquake that devastated the country.

"We are making this exceptional publication because we want to be as transparent as possible about the decisions we made during this particular investigation and in recognition of the breach of trust that has been caused," the charity said in a statement. "We are also meeting with the government of Haiti to apologize for our mistakes and discuss what more we can do, including for the women affected by these events."

Publication of the report comes as Oxfam seeks to move past the scandal after the British government on Friday suspended new funding to Oxfam's British affiliate. Oxfam Great Britain received 31.7 million pounds ($43.8 million) from the government in the 12 months through March 31, 2017, or about 8 percent of its revenue.

Oxfam's report shows the investigation was triggered by an email alleging that staff members in Haiti had violated the organization's code of conduct by using prostitutes in Oxfam guesthouses and engaging in fraud, nepotism and negligence.

While the inquiry was still underway, the line manager of one of the suspects leaked a report to another member of staff.

"This resulted in 3 of the suspects ... physically threatening and intimidating one of the witnesses who had been referred to in the report," according to the final report. "This incident led to further charges of bullying and intimidation against these 3 members of staff."

Overall, Oxfam investigated allegations that seven members of staff used prostitutes on the charity's property. Two of the seven were also investigated for "sexual exploitation and abuse of employees," and two allegedly viewed pornography on Oxfam computers.

The director of operations in the country admitted using sex workers in his charity-funded accommodation but was given a "phased and dignified exit" as long as he fully cooperated with the investigation, Oxfam said in the report.

In total, seven staff members either resigned or were dismissed as a result of the investigation.

While the report confirms Oxfam's previous statements that allegations of workers having sex with minors weren't substantiated, it goes on to say that "it cannot be ruled out that any of the prostitutes were under-aged."

The report also suggests that Oxfam failed to heed some of the findings of its own investigation. Recent news reports have criticized the charity for allowing some of those involved in the Haiti allegations to move on to jobs with other aid agencies, and the report highlighted this as area of concern.

In a section on lessons learned from the Haiti scandal, Oxfam agency said it needed to embed "women's rights at the heart of what we do," and implement better procedures to stop disgraced workers from moving on to new posts in the aid industry.