Pakistan sign off tour of England with series-tying T20 win 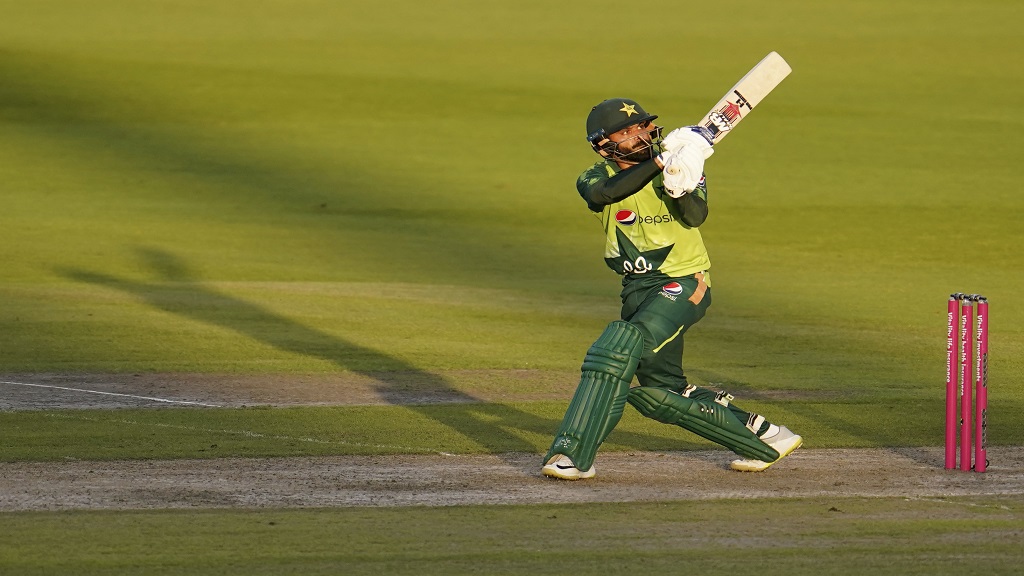 Pakistan signed off their cricket tour of England with a five-run win in their third and final Twenty20 international to draw the series 1-1 on Tuesday, with veteran batsman Mohammad Hafeez setting up victory with a 52-ball 86.

The 39-year-old Hafeez tied his best T20 score — in his 94th match in the format — to help Pakistan to 190 for four after being put into bat at Old Trafford. Key to the innings was Hafeez’s 100-run partnership for the third wicket with 19-year-old Haider Ali, who hit 54 off 33 balls on his T20 debut.

Moeen Ali starred in England’s reply with 61 off 33 balls, but was one of two wickets to fall in a superb next-to-last over bowled by Wahab Riaz (2-26).

England needed 12 off the final two balls and although Tom Curran struck a six off the first, he swung and missed off the last delivery of the innings — a yorker by Haris Rauf — to leave the hosts on 185 for eight.

It was Pakistan’s first win of the tour in their last game and gives the team something to show from a two-month trip, which their players spent in an isolated environment, mostly in a hotel.

Pakistan lost a weather-hit Test series 1-0, and was then defeated in the second T20 match after rain washed out the first.

Hafeez was named player of the series, having also struck 69 in the second match. His 86 contained six sixes and was the highest individual score by a Pakistan player against England in this format, equalling his score against South Africa at Centurion in 2013.

Haider's debut knock — featuring a six off his second ball — will also be encouraging for Pakistan as they look to build a team to challenge for next year's T20 World Cup. His 50 came off just 28 balls and he is the first Pakistan players to hit a half-century on his T20 debut.

Opener Tom Banton again impressed for England with 45 but he ran out captain Eoin Morgan (10) in a mix-up over a single to leave England 65 for three off seven overs. Pakistan's players celebrated loudly, knowing the importance of the wicket of England's in-form captain, and the hosts lost wickets at regular intervals in the chase.

“It’s games like this we want to be playing in to learn as much as we can,” Morgan said of his understrength team.

England's white-ball squad next plays three-match ODI and T20 series against Australia to wrap up its international summer of cricket played in stadiums without spectators because of the coronavirus pandemic.

Anderson gets to 600 wickets; England win series against Pakistan