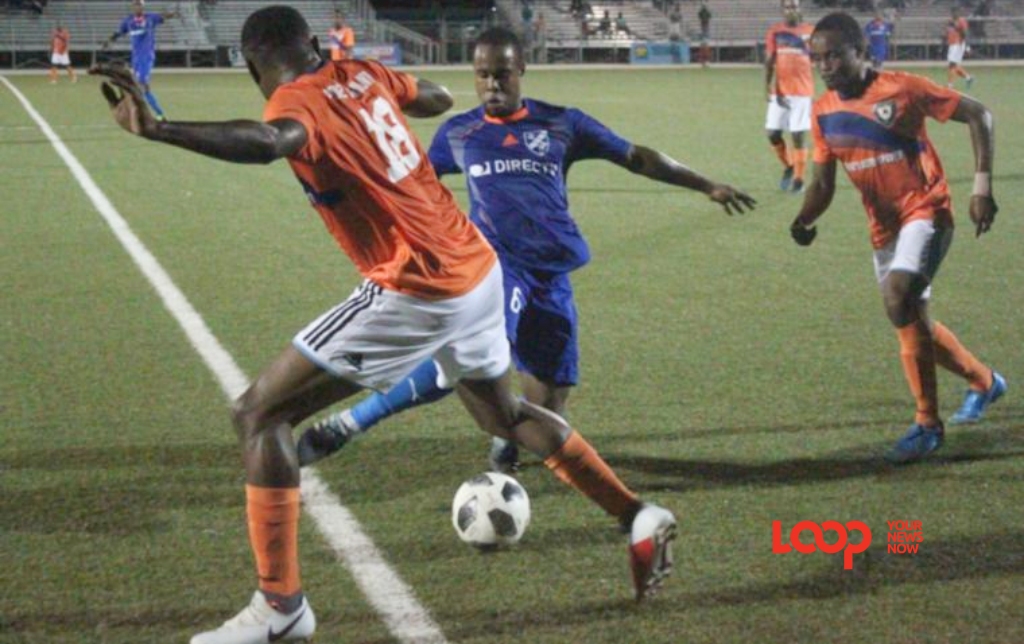 The defending Cup kings fought off a sturdy challenge from Mark’s Auto Spares Porey Spring to emerge 2-1 victors and stay within touching distance of the Bank Hall Blues.

Paradise dominated possession, as they fielded three national midfielders in their starting line-up.

Jomo Harris, Mario Williams and Sheran Hoyte dictated the pace of the game and created a number of goal scoring opportunities for the swift trio of; Armando Lashley, Elijah Downey and Ackeel Applewhaite but the finishing element was absent.

Paradise’s persistence paid off in the 22nd minute.  Lashley’s powerful right-footed effort was stopped by goalkeeper Anthony Rollins but Hoyte was in the right place to convert the rebound from close range.

Porey Spring started the second half positively and a bit more direct, which caused some issues for the Paradise back line.

Damion Thorington made good use of Paradise’s defensive frailties in the 57th minute when he scored with a well precise pass into the right corner, following a cross from Jomo Harewood on the left.

Harewood went from hero to villain in a matter of minutes as he was adjudged to have tripped Hoyte inside the area by referee Edley Malcolm.

Lashley confidently converted the spot kick in the 75th minute and handed Paradise their fourth win in seven matches; racking up 15 points, three fewer than Empire.