Parents at the meeting with the ministry officials.

Only a few weeks into the second term of the school year, the students of the Lawrence T Gay Memorial Primary School remain displaced due to environmental concerns.

During a meeting, Thursday night with the Parent Teachers Association (PTA), the principal and concerned parents at the Grace Hill Moravian Church, Acting Chief Education Officer, Joy Adamson announced that the class four students would commence classes at the Grace Hill Moravian Church, however, the remaining students will be displaced until the Ministry of Education finds a suitable location.

As teachers, ancillary staff and students have complained of a distinct odour at the school and have experienced ailments such as headaches and red eyes, Adamson stated that further specialized tests will be conducted.

This revelation was met with immediate murmurs of discontent by the parents gathered, especially Aisha Olton. The impassioned parent of a reception student voiced that the school’s health and environmental concerns were hitting too close to home, as she was a former student of the now-defunct Louis Lynch Secondary School and her workplace was
temporarily relocated for six months due to health/environmental concerns.

“I was at Louis Lynch. . . I wasn’t there when the school closed so I had to do all five years with the problem; so I know what it is. It doesn’t sit well because I experienced it. Everything is done hush-hush and you are given pieces of story here, you want to give me what you think I want to hear, you aren’t giving me what I need to know,” a frustrated Olton said. “It is déjà vu all over again,” she added.

Ministerial officials voiced that they were still sourcing locations to put the displaced students and asked for suggestions, but the frustrated parents were seeking an immediate response as the students have been in and out of school since the commencement of the second term.

“What temporary fix are you going to do until? They say all the schools are filled, but my suggestion is to bump a school. . . put them at another school even if you have to get another teacher to help out in teaching the classes but we need to do something because the teachers are falling ill. Even if we relocate children where are the teachers to teach because the
teachers are ill?” Olton voiced.

Another parent who requested anonymity told Loop News: “it is quite frustrating because we spent an hour in there and we have no information about what is really going on. All we are being told is that tests are being done”. 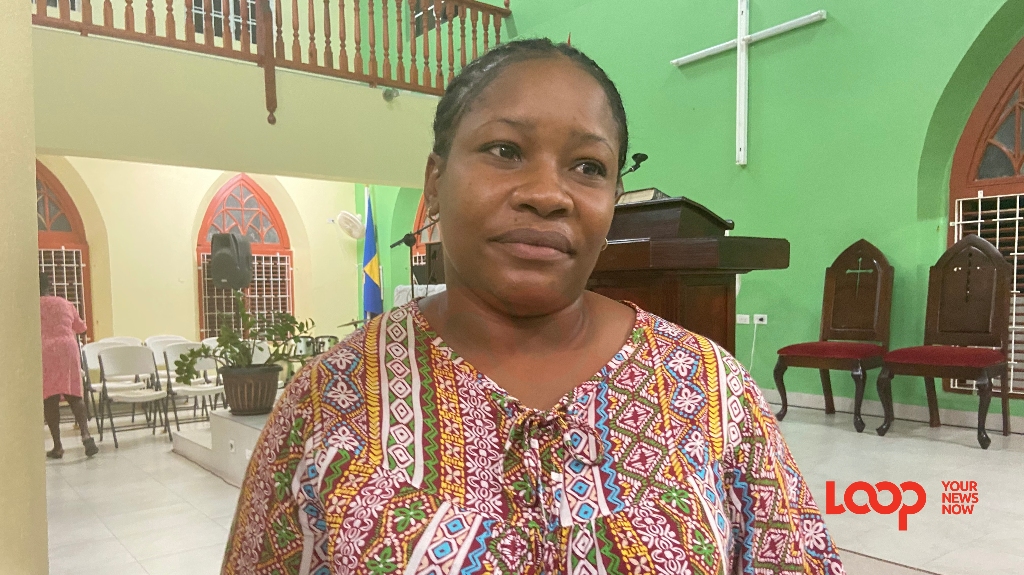 Steffanie Williams, Second Vice President of the Lawrence T Gay PTA told the media another executive meeting will be held to discuss the future of the students and teachers.

“For me, it is frustrating because my daughter, she is in class three and I have had her home since the last two weeks of the last term . . . I don’t believe that the environment is conducive. I believe more should be done and after this meeting, I am hoping more can be done,” Williams stated.