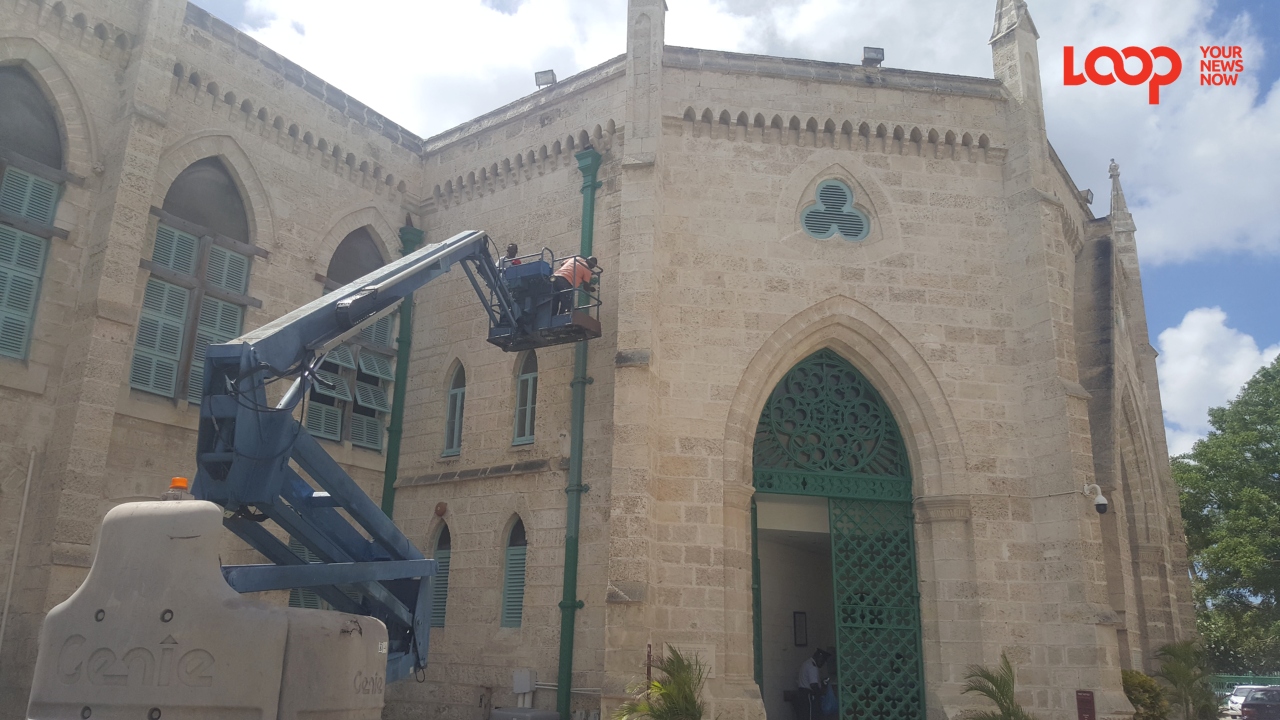 Parliament buildings get a facelift of sorts.

Before Barbados Parliament opens next week, the buildings and courtyard are being spruced up.

One Bajan passerby with her friends yesterday morning saw the activity and sang out, "Paint it up pretty for me. Yesssss! Leh me see dat green". She was all smiles as she watched and her two friends laughed out loud at her comment.

Reports today from one of the new Government Senators to Loop News Barbados are that Parliament is to open Wednesday, June 6, 2018, however, such will be confirmed today. Today is the first meeting of Cabinet at the Prime Minister’s Offices in Bay Street, and the date should be finalised. 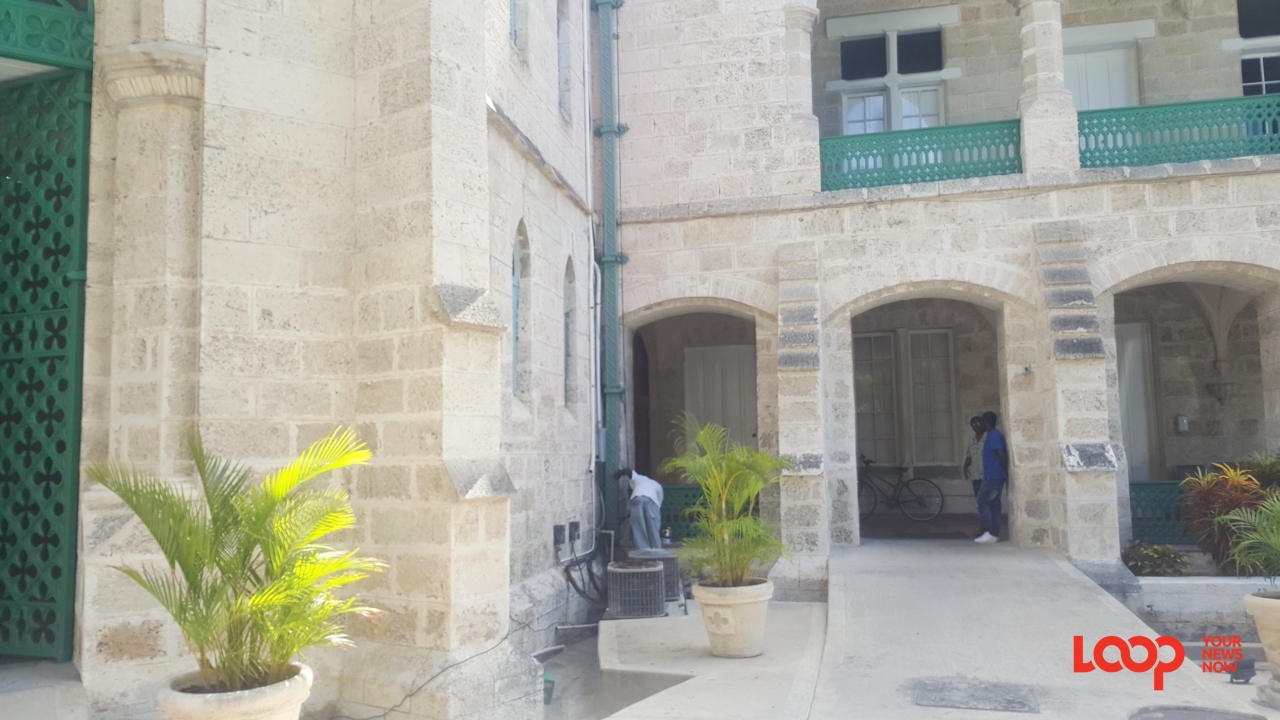 However, ahead of the reopening, workers are busy carrying out maintenance on the Parliament buildings and courtyard. Personnel were painting the iron decorations and cleaning the coral limestone buildings. Others were using leaf blowers and clearing the yard.

Parliament dissolved automatically in accordance with Barbados’ Constitution on Monday, May 5, 2018. Elections were called in Barbados on May 24, 2018, and the Barbados Labour Party (BLP) won 30-0.

The new Madame Prime Minister Mia Mottley was sworn in at Government House Friday, May 25, and named her Cabinet on Saturday, May 26, in a press conference at the Prime Minister’s Offices. On Sunday, the Cabinet members were then sworn in before a crowd of hundreds as the event was open to the public.

Whenever Parliament reopens for its first sitting, the Speaker of the House of Assembly is to be Arthur Holder; the Deputy Speaker is Glyne Clarke and the Chairman of Committees is Dr. Sonia Browne.

In 2013, sixteen days after the General Election, which was held on 21 February 2013, Parliament opened March 6, 2013, with much pomp and pageantry from the duly elected Members of Parliament.

Cabinet warned: 'Don't let it go to your head'