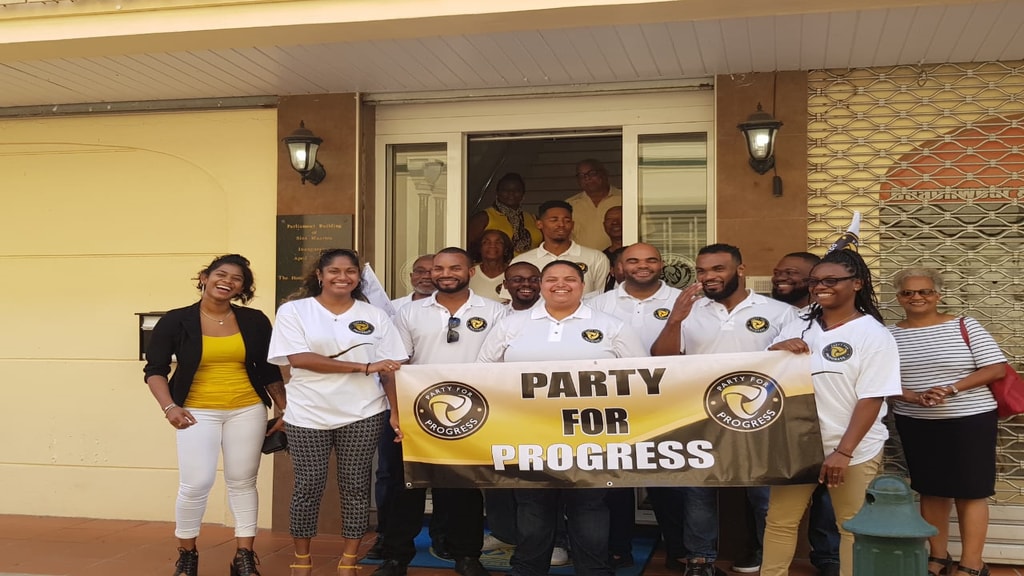 There is a new political party in St Maarten.

The Party for Progress is set to make its political debut, when St Maarten heads to the polls in the new year.

The group’s leader, Melissa Gumbs, said they represent a welcome and much needed change, after years of suffering at the hands of uncaring, self-serving and often corrupt leaders.

The conversation to establish the PFP started in 2012, however the party was officially launched in September 2019. It comprises of a number of young, dynamic professionals, who according to Ms Gumbs, are determined to put an end to the flagrant neglect meted out to the citizens by those tasked with their care.

Their main objective is to conceptualize and execute a vision for the advancement of the island, which promises to benefit all citizens.

"We offer a fresh perspective and focused approach to governance. Much of what is started by one administration is not carried out by another for whatever reason. We aim to improve the level of political maturity in St Maarten" she said.

Ms Gumbs said the PFP is determined to fill the void left by politicians, who continue to make empty promises while ignoring the needs of the people. She said the current administration has fallen short in a number of areas, the most critical, being education. She believes this should be addressed as a matter of urgency, as education is meant to be the foundation on which everything else is built.

"You cannot build a country without first building its people. The literacy in our public schools has declined significantly. The social wellbeing of our population, particularly the most vulnerable members of society has been ignored by many of our administrations past and present" she told Loop News.

The PFP leader said the social, economic, cultural and general wellbeing of all individuals on St Maarten must be promoted and protected at all costs. If elected, she said her party will engage in consultation with citizens to create a roadmap which will act as a guide in their quest to restore all facets of the island paradise, to its former glory.

The Party for Progress is contesting eight of the islands fifteen seats. Though the smallest and by far the youngest of the seven political parties vying for control of St Maarten's parliament, they remain confident of their chances in the general election carded for January 9, 2020.