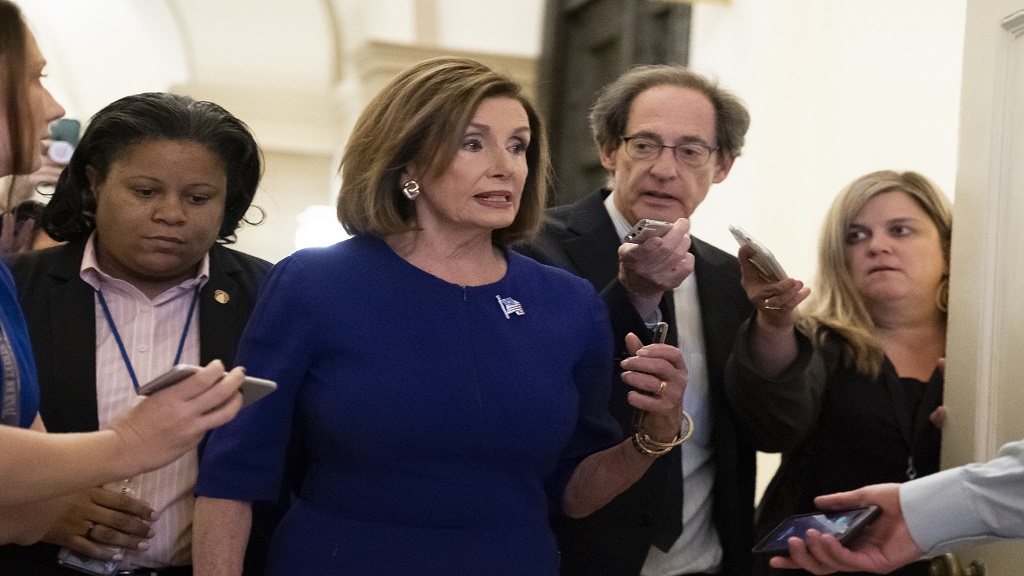 The decision sets up an election season clash between Trump and Congress that seems certain to exacerbate the nation's fierce partisan divides and inject deep uncertainty into the 2020 presidential contest.

Pelosi was huddling with her caucus Tuesday afternoon and planned to announce the impeachment probe in a statement following the meeting. Her plans were confirmed by a person familiar with her thinking, who insisted on anonymity because they were not authorized to speak publicly.

Meanwhile, former Vice President Joe Biden said Congress must use its full constitutional authority to investigate Trump's actions and if he doesn't cooperate he'll leave lawmakers "with no choice but to initiate impeachment." If that happens, Biden said, it will be a tragedy of Trump's own making.

Pelosi has spent months trying to keep an impeachment inquiry at bay. But her position became untenable this week as more members — including crucial moderates in political swing districts — swung in favour of a probe following reports that Trump pushed Ukraine's leader for help investigating Democrat Biden and his son during a summer phone call.

"You will see it was a very friendly and totally appropriate call," Trump said.

The president has all but dared Democrats to open impeachment proceedings, repeatedly stonewalling requests for documents and witness interviews in a variety of ongoing investigations. Trump advisers say they are confident that the spectre of impeachment led by the opposition party will bolster his political support. Pelosi has shared that concern and has spent months trying to hold off liberals in her caucus pushing for impeachment.

But the atmosphere on Capitol Hill started shifting following a whistleblower complaint that centred in part on Trump's call with the Ukrainian president but is also said to include other events.

Trump has suggested he brought up Biden and his son Hunter in the phone call as part of discussions over corruption in Ukraine — despite no evidence of wrongdoing on the part of either man. He also confirmed on Tuesday that he ordered advisers to freeze $400 million in military aid to Ukraine in the days before the phone call, prompting Democrats to charge that he was holding out the money as leverage for information on Biden.

In remarks ahead of her caucus meeting, Pelosi notably said a quid pro quo wasn't necessary to establish an impeachable offence.

"We don't ask foreign governments to help us in our election," Pelosi said.

Trump has sought to implicate Biden and his son in the kind of corruption that has long plagued Ukraine. Hunter Biden served on the board of a Ukrainian gas company at the same time his father was leading the Obama administration's diplomatic dealings with Kyiv. Though the timing raised concerns among anti-corruption advocates, there has been no evidence of wrongdoing by either the former vice president or his son.