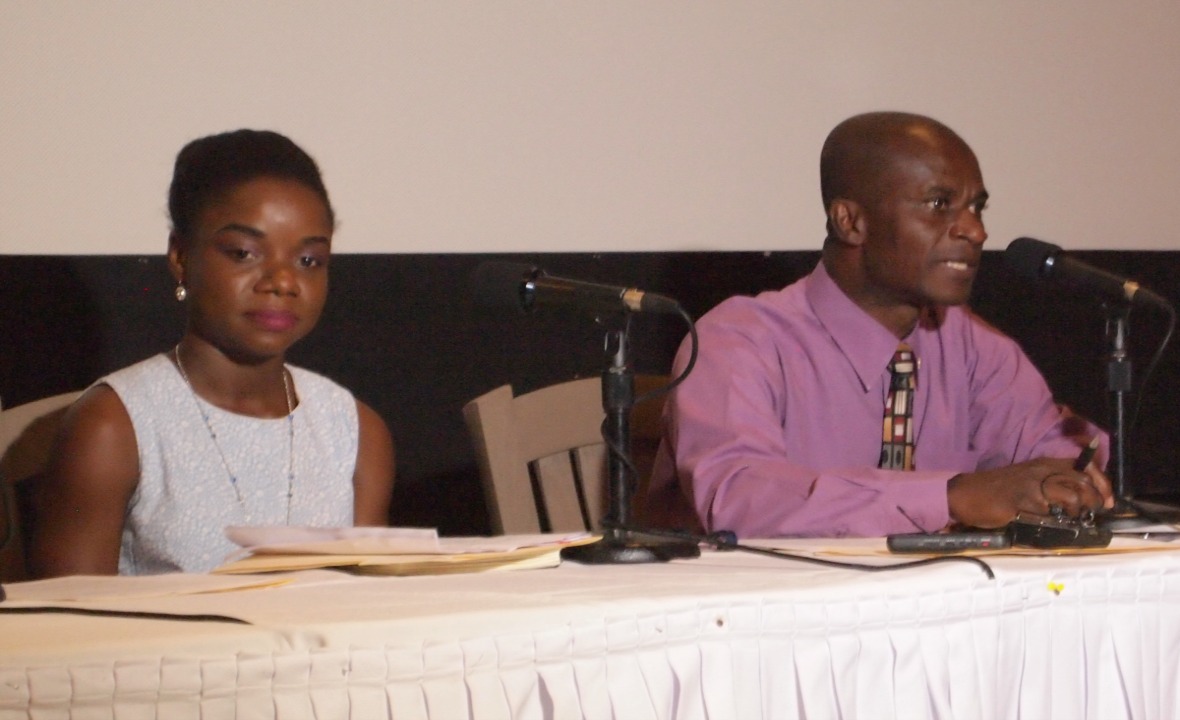 From left: Carla Daniel Director of Public Awareness and Education with the Barbados Sea Turtle Project, Kammie Holder of the Future Center Trust

Kammie Holder of the Future Centre Trust (FTC) is calling on the National Cultural Foundation (NCF) to team up with non-governmental organisations to try to limit the amount of garbage produced during the Crop Over Festival.

Holder was speaking on Thursday during the launch of Sheraton Mall’s Save Our Oceans campaign which is set to run for one year as a means to bring awareness of plastic pollution to shoppers and businesses within the mall. As part of the activities for the launch, the mall also installed a skylight exhibit, constructed from recycled plastics and paper, highlighting the need to properly preserve the marine life who are most affected by plastic pollution.

With the 2017 Crop Over Festival just around the corner, Holder said he expects there will be an abundance of garbage that will be produced at events.

“I want you to cast your mind to what will happen in the next couple of months where people in their merriment are encouraged to litter. They pelt waist but they are also pelting litter. It is unsightly. We just had two bank holidays and if you saw the parks in Barbados where persons had this litter.”

He also said the FTC has been seeking to engage the NCF on instituting clean up initiatives for festival events, especially for Grand Kadooment, as he noted this event may allow for more plastics to enter the sea.

“We are hoping that the NCF this year will work with the Future Center Trust and other NGOs in reducing the amount of litter on the land that ends up in the sea because we have Spring Garden and it is hurtful that some of that litter ends up in the sea affecting the sea turtles and impacting the marine life.”

Describing the issue of plastic pollution as ‘chronic’, Holder said it was imperative that both government and private sector get on board with implementing alternatives to the use of one-time plastic containers.

Sheraton Mall wants to save the oceans