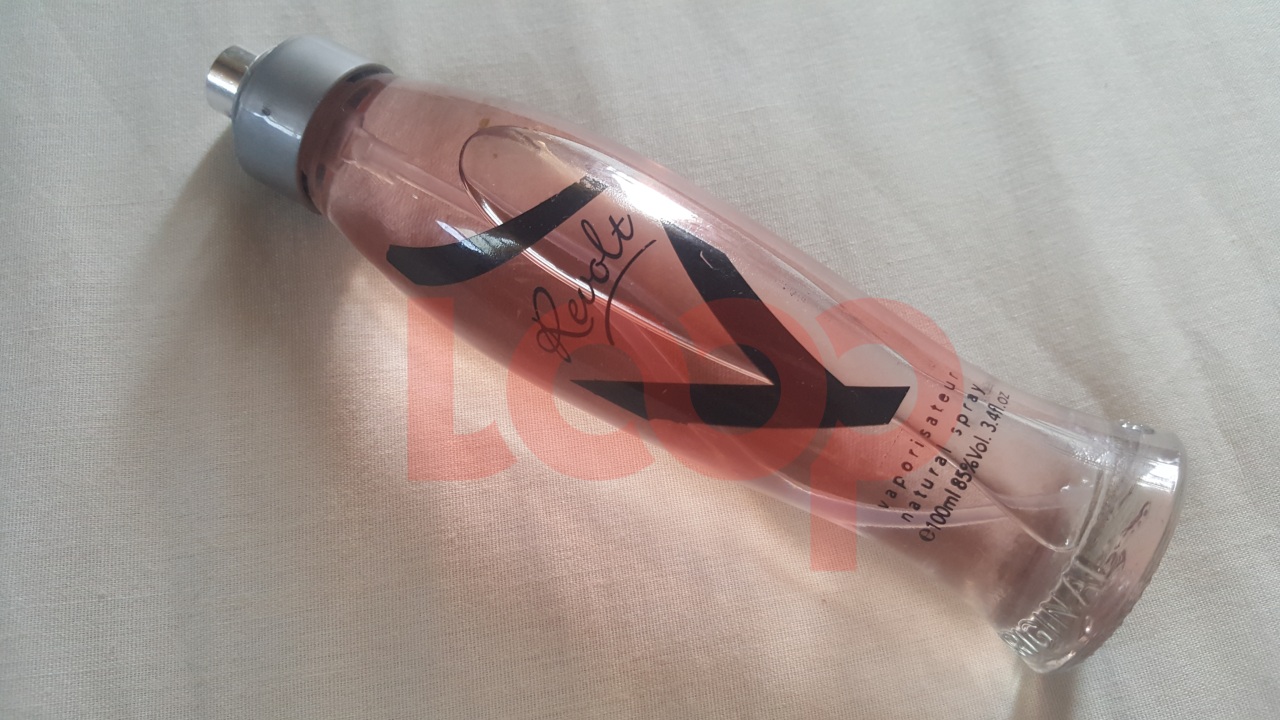 Sample of one of the perfumes sold by the scammer to someone a few year's back. (FILE)

Police are looking into a report that the perfume scammer is back.

Last year, a YouTube video titled 'Bank scam Barbados' of a distraught young lady was circulated after she had an interaction with one roving perfume saleswoman who takes a different strategy to others.

Back then she would call people by a wrong name or ask if you are related to someone or went to school at a particular school to lure you to her car window to engage in chit-chat. Many people said she would catch them with "Pssst! We went school together?' Then she would propose selling you a perfume at an affordable price. For some, the fear came when she approached them in a lonesome area along street. One person told Loop News last year, she got her while she was walking through The Pine Housing Area looking for a salon. The girl in the video was leaving an ATM in an empty bank parking lot.

The saleswoman had created her own response video after the heat surrounded her sales pitch and approach, asserting that she was not some scam artist. The then Police PRO had said that police were looking into it, because people were having the experience but failing to file official reports.

Last week, someone who rather remain anonymous called Loop to say, “She’s back! And she’s not by herself.”

The woman said that unfortunately, she was unable to note the licence plate because she tried to make a hasty escape, but this time it was a gentleman with locs who walked to her and told her someone over there by the parked cars near the Scotiabank at Sky Mall wanted her. She said when she looked she immediately recognized the lady though it’s not the blue Suzuki Swift this toss, it’s a white Toyota sedan, either an Axio or Belta, she believes.

This strategy was not identified previously, though one lady in 2017, had said that two years prior, in a Holetown supermarket parking lot, the lady pushing the sale was in the passenger seat while a man drove the blue Swift on the occasion that she crossed paths with them.

Today, another young woman told Loop News that she encountered her this week in Bridgetown in the area of Cheapside. However, her friend who had seen her before, warned her against falling for the "You went school with me?" ploy.

Loop spoke to the Acting Police Public Relations Officer, Sargeant Michal Blackman and he advised persons who may come into contact with the woman or the duo, to “Call our emergency number so police can go and carry out investigations.” He pledged that they will look into it.

NOTE: Persons have reported that she sprayed them though they were not interested, and have sensitive skin. Others said that they had chosen to try to give her a sale and she said she had no change, took their money and drove off. Some shared that the perfumes received were not in boxes and she was in such a rush to drive off, one lady said the perfume she was left holding didn't even have a cover.