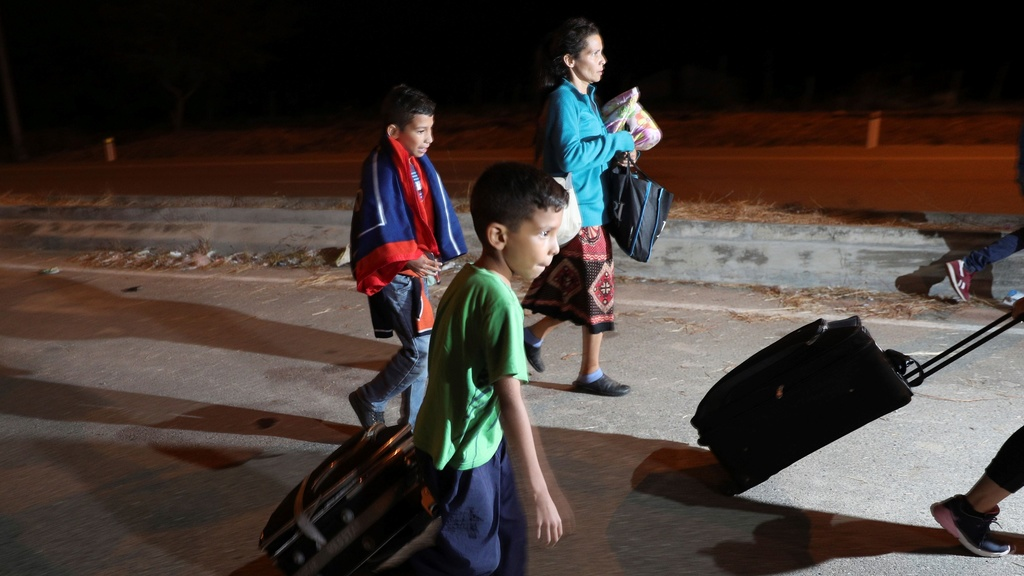 Venezuelan migrants walk on the Pan-American Highway outside an immigration office in an attempt to cross from Ecuador into Peru moments after stricter entry requirements went into effect, in Tumbes, Peru, Saturday, June 15, 2019. With its relatively stable economy and flexible immigration laws, Peru has become a main destination for millions of Venezuelans escaping hyperinflation, medical shortages and political repression at home. (AP Photo/Martin Mejia)

Riot police are guarding Peru's northern border to ensure that only Venezuelan migrants who hold a passport and humanitarian visa can enter the country.

The new requirements took effect Saturday as an influx of Venezuelans rushed to a border crossing in the region of Tumbes.

Stephanía Robles and her five-year-old son were two of the last migrants to enter the Andean country with just their national ID cards. The 30-year-old said she had come to "look for a better life" and that her husband and sisters were in Peru.

But human rights groups have criticised the move, describing it as an attempt to lessen the numbers of needy people who are entering.

From Monday: visas required for Venezuelans to enter T&T

Trump says he's looking at protections for Venezuelans in US

Trinidad and Ghana advocate for peace in Venezuela among agreements