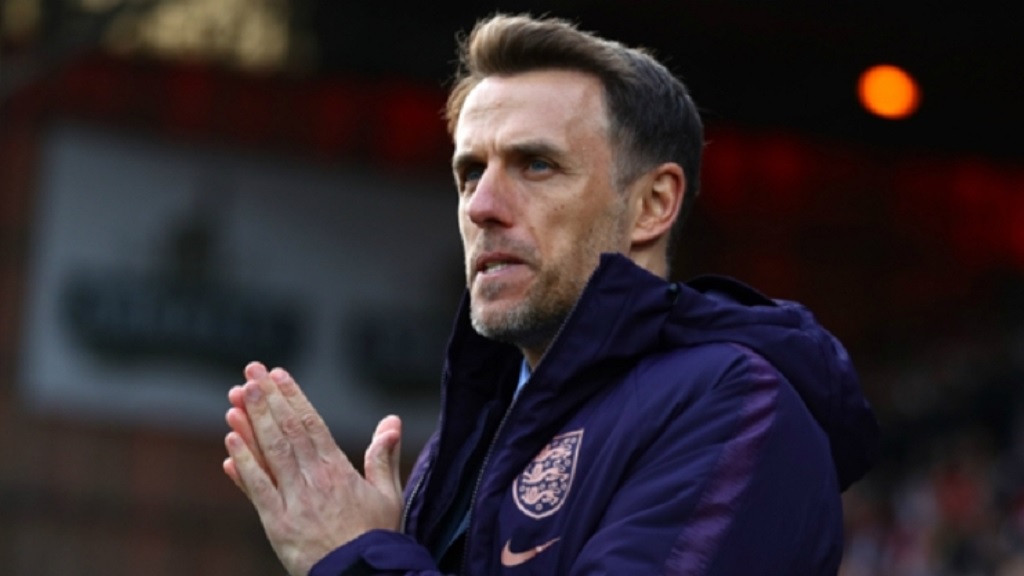 Phil Neville will step down from coaching the England women's football team when his contract expires next year, missing out on leading the country at the rescheduled European Championship in 2022.

The former Manchester United player could still coach the British Olympic team. Due to the novel coronavirus pandemic, the Tokyo Games have been pushed back a year to July 2021 — the endpoint for Neville's England contract.

Sue Campbell, the English Football Association's director of women's football, said she “will now discuss next steps” about the Olympics with the British Olympic Association and the federations in Northern Ireland, Scotland and Wales. The Olympics start in July 2021.

The 43-year-old Neville, who took charge of England in January 2018, took the Lionesses to the semifinals of the World Cup last year in his first job in women’s football.

But seven of the last 11 games have been lost, a dismal run that started with the semifinal loss to the U.S. and included a defeat in a reunion with the world champions at the invitational SheBelieves Cup last month.

England only have friendly matches until the European Championship since they qualified as hosts for a tournament that was due to be staged in July 2021.

The coronavirus outbreak led to the men's Euros being postponed until 2021, which led on Thursday to UEFA confirming the need to delay their women's showpiece until July 6-31 2022.

“As a result of the changes to the proposed tournament scheduling we will now be working to plan for a revised match calendar once it is safe and appropriate to do so," Neville said. "I am looking forward to getting back to work with the team as soon as possible. We have a fantastic squad of players and there is plenty to work on as we look to progress as a team going into 2021.”

The FA wants the same manager in charge of England's next two tournaments.

“In light of the impact of current global events on the sporting calendar and in the best interests of the England Women’s team, both parties were in agreement that our shared priority was to ensure the Lionesses have continuity of coaching going into the home EURO and looking towards the 2023 FIFA World Cup," Campbell said.

“Once football returns after this difficult period, Phil will continue his work with the Lionesses on the further development of his squad. I will support him fully with that important task whilst moving forward with the crucial succession planning process."

Tokyo Olympics, IOC conflict over who pays for postponement