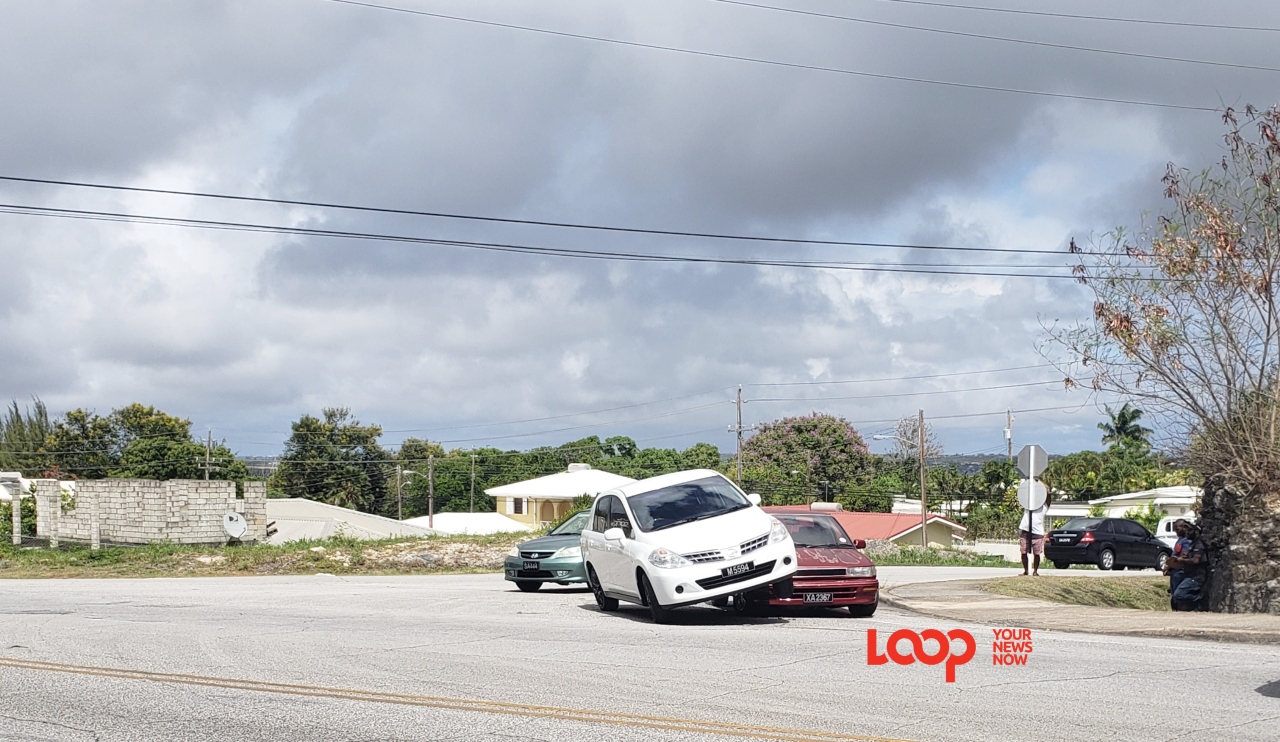 A minor accident has had a major impact locally.

Two vehicles collided at the junction which connects a side road to Lodge Hill with the Gordon Cummins Highway in St. Michael around 2:00 pm today. One vehicle was left perched on top of the right front corner of the other, but it appears there were no injuries. 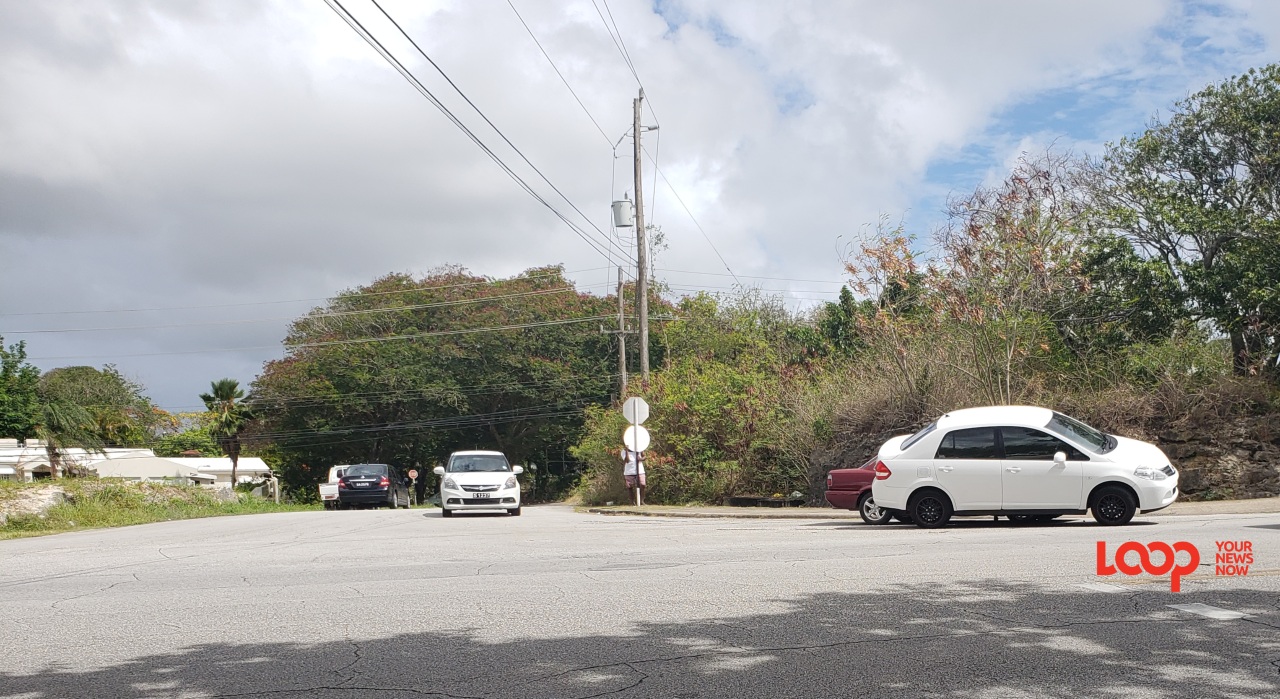 As passersby drove along from the D’Arcy Scott roundabout in Warrens and Hinds Hill traffic they slowed down to have a look at the accident. The road was not blocked but traffic was crawling periodically as some drivers went so far as to stop and snap photos or pull over and take photos.

Many then shared those photos on social media and continued to display nothing but disbelief at how the accident happened.

After visiting the accident scene, Loop News spoke with Police spokesperson Acting Inspector Rodney Inniss and he said: “We continue to advise all drivers, all road users to be extremely vigilant and we advise the drivers of vehicles to utilise their defensive driving skills. Keep a lookout for other persons. Operate with the view that you are the only person on the road with common sense and everybody else will do something different. So you’re driving and you’re looking out for them. That’s one of the key points of defensive driving.

"Therefore, if everyone is as defensive and as observant as they ought to be then we can reduce the number of avoidable accidents that we become involved in."

He also called on persons to reduce their speed.

Truck hits cut rock on opposite side of Gordon Cummins Highway