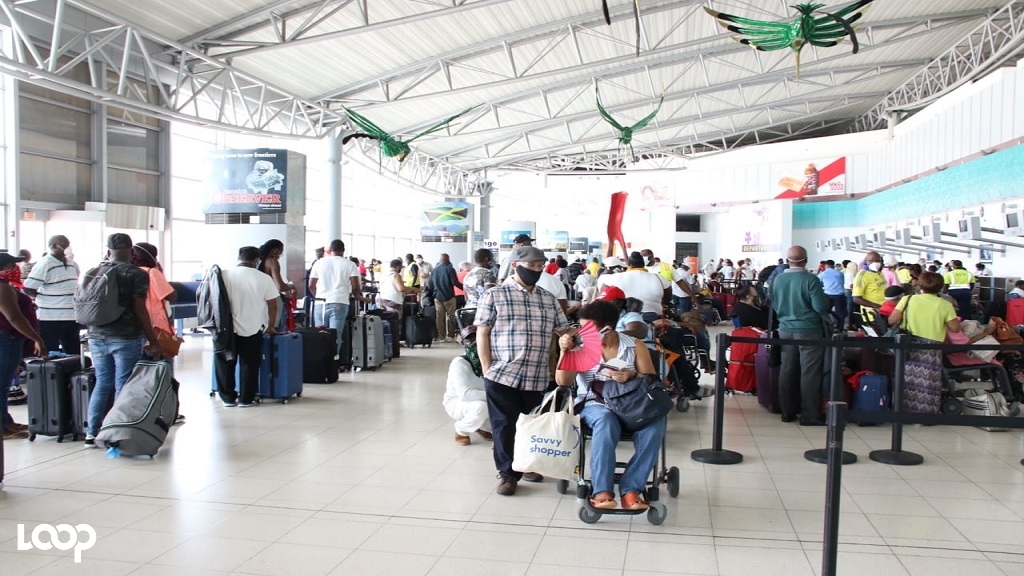 A photo of the crowded departure lounge at the NMIA on Thursday.

The departure lounge of the Norman Manley International Airport (NMIA) in Kingston, Jamaica, was jampacked with British nationals who were attempting to board a chartered flight out of the island on Thursday (May 7).

Loop News understands that the numbers that turned up at the airport far exceeded the 233 for whom the British High Commission in Kingston had made arrangements for them to leave the country. 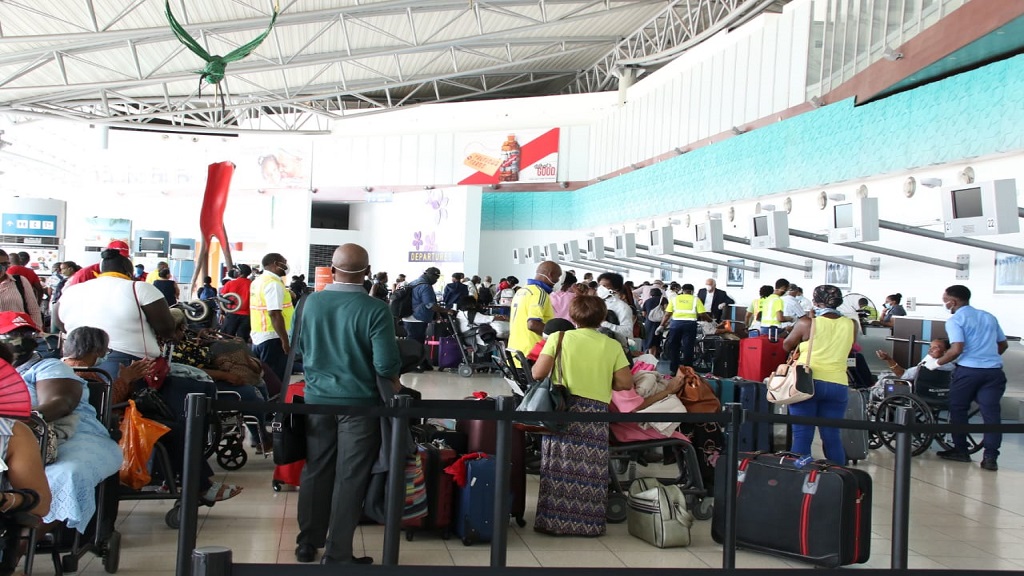 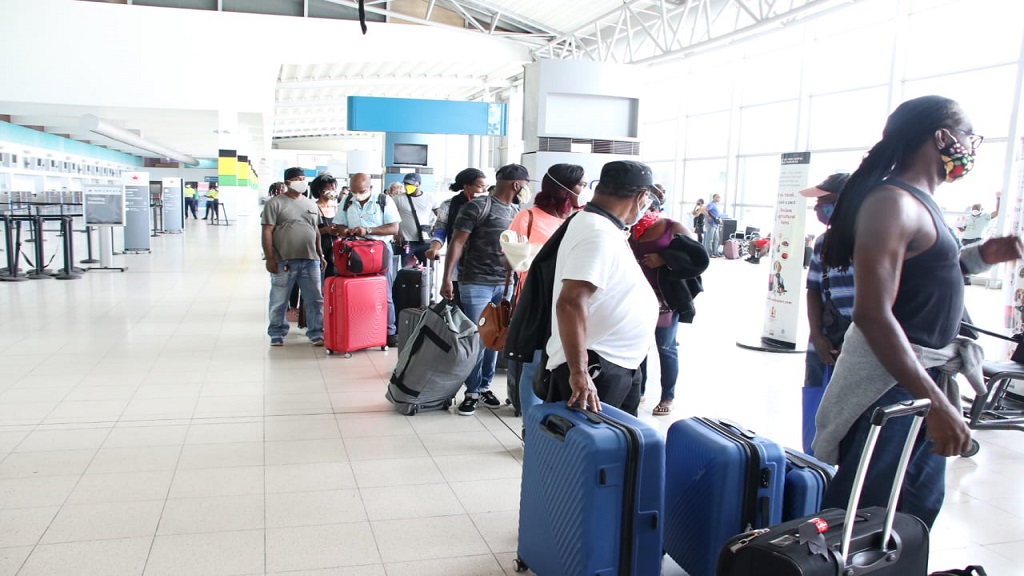 Many others who were not ticket holders reportedly made their way to the airport in a desperate attempt to board the flight.

Jamaica closed its borders to incoming passengers since last month as part of efforts to battle the COVID-19 pandemic. The borders will remain closed until May 31. However, the controlled re-entry of Jamaicans began on Wednesday when 115 nationals who had been stuck aboard stranded cruise ships arrived on a chartered flight from the United Kingdom.

Despite the closure of the borders, outgoing passengers have been allowed to leave, subject to the availability of international flights. This has proved to be difficult however as a majority of the major airlines have grounded up to 90 per cent of their fleet as the COVID-19 pandemic continues to cripple the airline business. See more photos in the slider below.