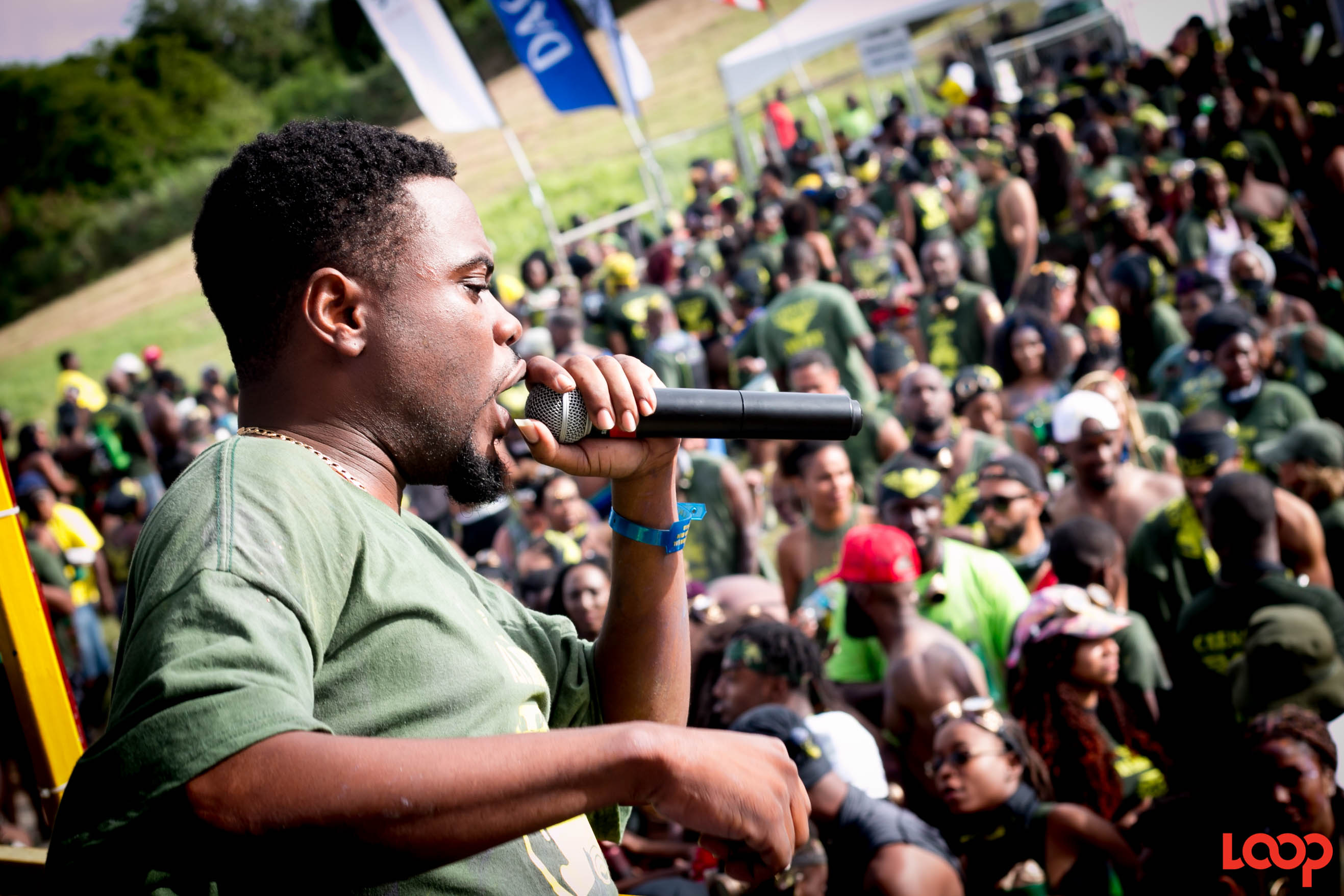 According to revellers who opted to return with Caesar's Army or who tried the private A.M. Bush j'ouvert jump for the first time, this year the offerings were superb.

One guy who was a first-timer to the Caesar's Army experience simply kissed his fingers like marvellous, before telling Loop, "Caesar's breakfast win me yuh..."

Even going army green with the T-shirts this year and cups, the Caesar's Army team tossed in some fly goggles that had patrons looking and feeling like they were prepping for espionage, not simply a morning of revelry, music, live entertainment and paint.

The registration was seamless at the Courtyard by Marriott in Hastings, Barbados as patrons checked in, sipped on water or Bajan rum punch before being processed and handed their packages.

According to one Marketing representative with Caesar's Army during collection, numbers for the A.M. Bush event were up this year, but in interviews with Loop on the day, none of the patrons complained that quality was compromised for quantity. Caesar's did not disclose how many persons registered for 2019, just "an increase".

See the fun in our gallery: