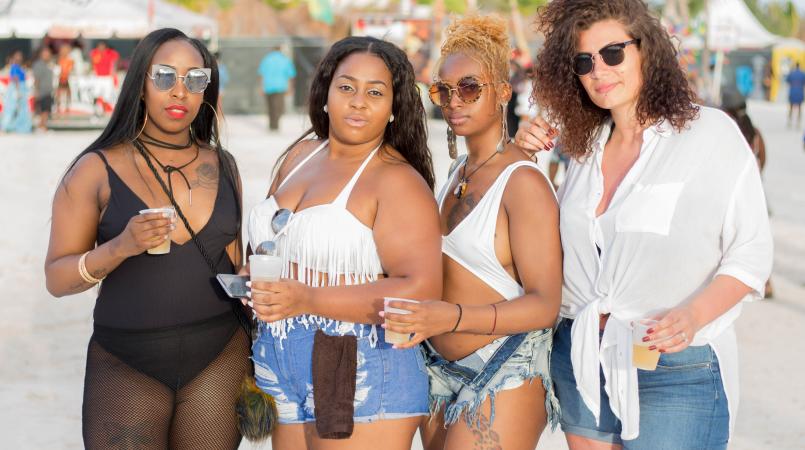 The Digicel Reggae Festival took to the beach on Sunday and we have photos of the action and the fashion.

It was time to kick back and enjoy great vibes on the beach, as the Digicel Reggae Festival took to Pirates Cove yesterday.

With names such as Konshens, Demarco, Masicka, Mole, Lady Essence and Stiffy, as well as a lineup of  today's hottest DJs, including the 2016 Red Bull Thre3style World Champion DJ Puffy, it was no surprise that many flocked to the Digicel Reggae Beach Party.

And as the music rang out from the stage, there was also a parade of style among the crowd, who came out to the event in a wide variety of designs.

Take a look at the gallery to see the action on and off stage.