PHOTOS: Experience the Caribbean at CARIFESTA! 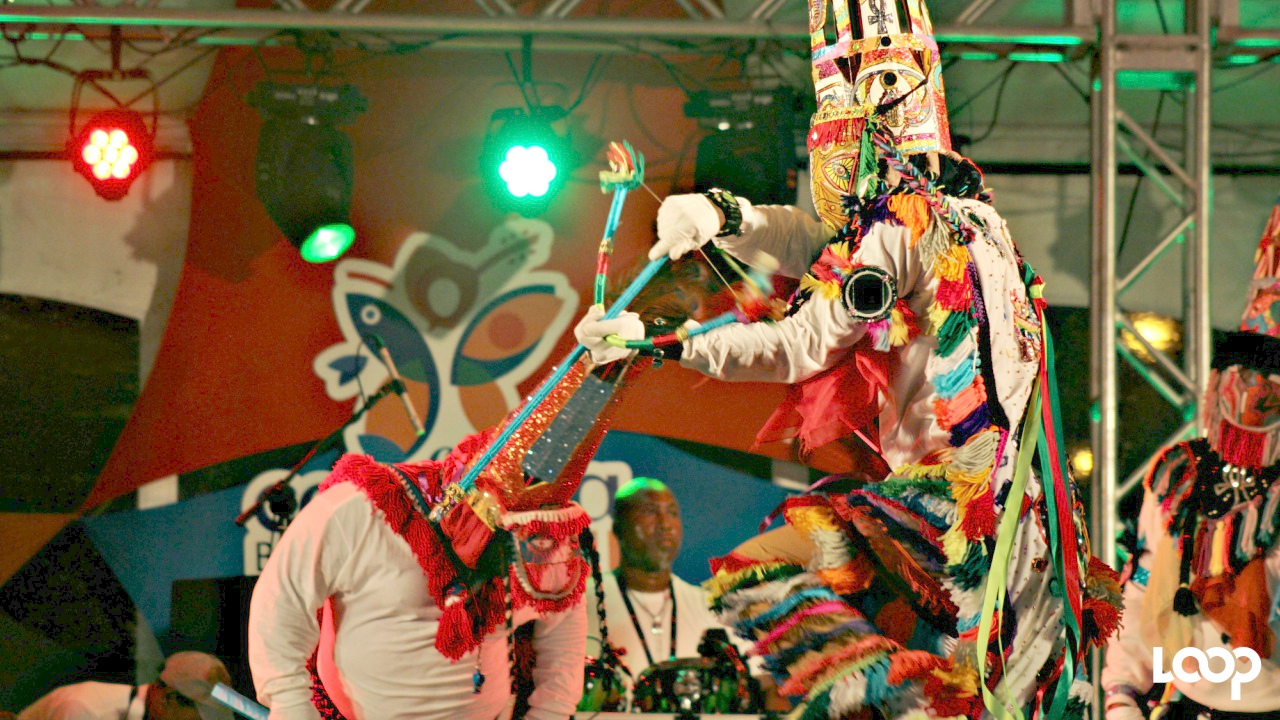 How many countries can you visit in one week?

Contemporary dance from Cuba, steel pan and soca from Guyana, soca and calypso from St Kitts & Nevis, musical theatre from Jamaica… and that’s just one night.

CARIFESTA is billed as the Caribbean’s premier arts festival and the population of whichever country it visits every two years are literally spoiled for choice of musical, dance, and theatrical performances, as well as food, art, craft, fashion and more.

There are delegations from nearly 20 Caribbean countries, as well as others from the Caribbean Diaspora.

On Tuesday night, the Bermudan delegation presented an eclectic showcase at its Country Night at the Lloyd Erskine Sandiford Centre (LESC), with musical performances ranging from reggae to hip hop and country music, while a troupe of young dancers performed contemporary and urban dance routines.

The highlight of the showcase were the Bermuda gombey dancers, who have attracted attention since the Carifesta Opening Ceremony. Their colourful costumes and fancy footwork to the driving drum beat roused the audience and had them chanting ‘ay oh’ in the call and response of singer, Live Wire.

On Wednesday night, patrons at the Frank Collymore Hall saw the products of Caribbean cultural exchange when the Praise Academy of Dance showed off their ballet training under the tutelage of Cuban instructor, Profesor Laura Alzvarez.

Also on the lineup that night were Cuban dance trio from the Rosario Cardenas company who presented Afro-Cuban, rumba and salsa pieces, as well as a primal modern dance that showed off their grace and athleticism.

That night also featured ReAshore’d a stellar production from Quilt Performing Arts Company out of Jamaica, who captivated the audience with their riveting performances in song, dance, and acting.

Over at Bay Street Esplanade, bands from Grenada, Guyana and St Kitts & Nevis were entertaining the crowd with calypso, soca, and steel pan performances.

On Thursday night it was the turn of Suriname and Haiti to showcase their talent at LESC in song and dance.

These performances are but a taste of the many taking place at multiple venues across the island, including Frank Collymore Hall, Lest Vaughan Secondary School, Barbados Community College and more.

Friday night at the LESC will feature Dominica and Caribbean Jazz, while inside at the CARIFESTA Grand Market and Buyers Shopping Mall, there will be "Grand Sale Days" on Friday and Saturday.

The Grand Market presents the best of what the Caribbean has to offer in home furnishings, art and craft, clothing, and so much more – at discounted prices.