PHOTOS: First RBC Race for the Kids for Barbados 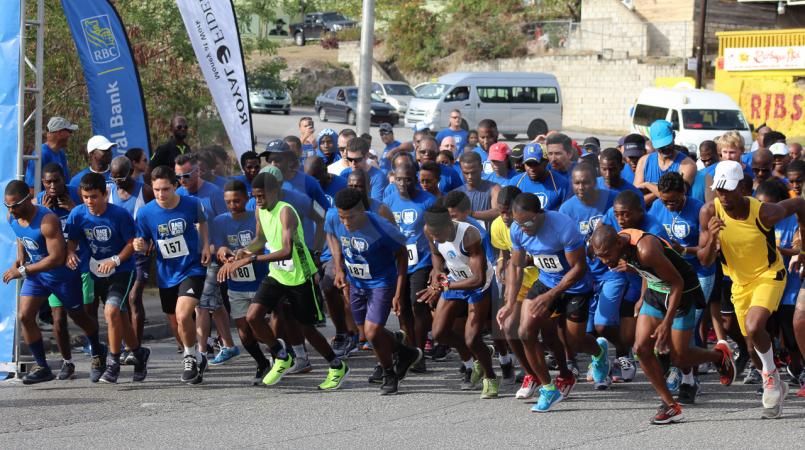 Hundreds turned out at the Royal Bank of Canada (RBC) University Drive branch on the afternoon of Easter Monday for the RBC Race for the Kids 5K Walk/Run event.

RBC Managing Director, Robert DaSilva, explained that it is the first time that RBC is bringing the Race for the Kids series to Barbados, with proceeds going towards the UWI Cave Hill Student Scholarship Fund.

He outlined, "Races in the RBC Race for the Kids series have been held in major cities all over the world, supporting kids and youth causes and today Barbados becomes only the second Caribbean country to host an RBC Race for the Kids. This year ahead of Vancouver, Chicago, Toronto, New York, Luxembourg and Kuala Lumpur, Barbados has the distinct privilege of hosting the first of the 2017 global RBC Races for the Kids taking place."

"With this race, RBC gives life to our collective ambition of helping clients thrive and communities prosper. This is one of our commitments to the Barbados community - raising money for the UWI Student Scholarship Fund."

Runners and walkers left the RBC University Drive branch and travelled along Black Rock Main Road to the Psychiatric Hospital, before turning around and finishing at the Usain Bolt Sports Complex.

First home among the male runners was Joshua Hunte, while Carlie Pipe was the first woman to cross the finish line. The first teen to complete the course was Shane Thorne and the first walker back in was Rodney Blackman.

After the race, participants were treated to cool down session with the Fitness Bunnies and a performance by Mikey.

RBC Race for the Kids