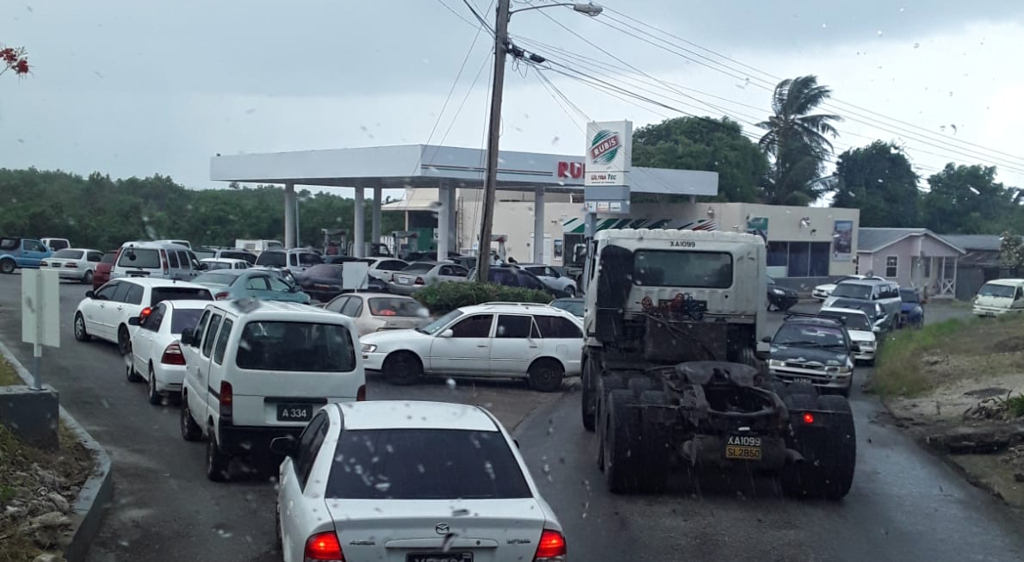 Long lines show that Barbadians are trying to stock up for Tropical Storm Dorian in the last hours.

From Sunday afternoon, August 25, 2019, when Prime Minister Mia Mottley announced that tentatively the country's national shutdown policy will go into effect from midday Monday, August 26, persons were quickly dashing out to make ends meet in case the Tropical Storm poses a direct threat to them.

On Sunday, the Prime Minister beseeched the private sector to open supermarkets later and to close at 9pm instead of 5pm. Many complied with the request.

However, this morning, judging on the path of TS Dorian, the national shutdown time was revised from midday, Monday, August 26, to 10am and this caused persons to put speed to their actions as they sought last-minute items or did collections.

Today, Monday, the long lines continued in supermarkets and at gas stations especially.

PM Mottley: Plan for the worst with TS Dorian

Transport Board buses end service ahead of Tropical Storm Dorian