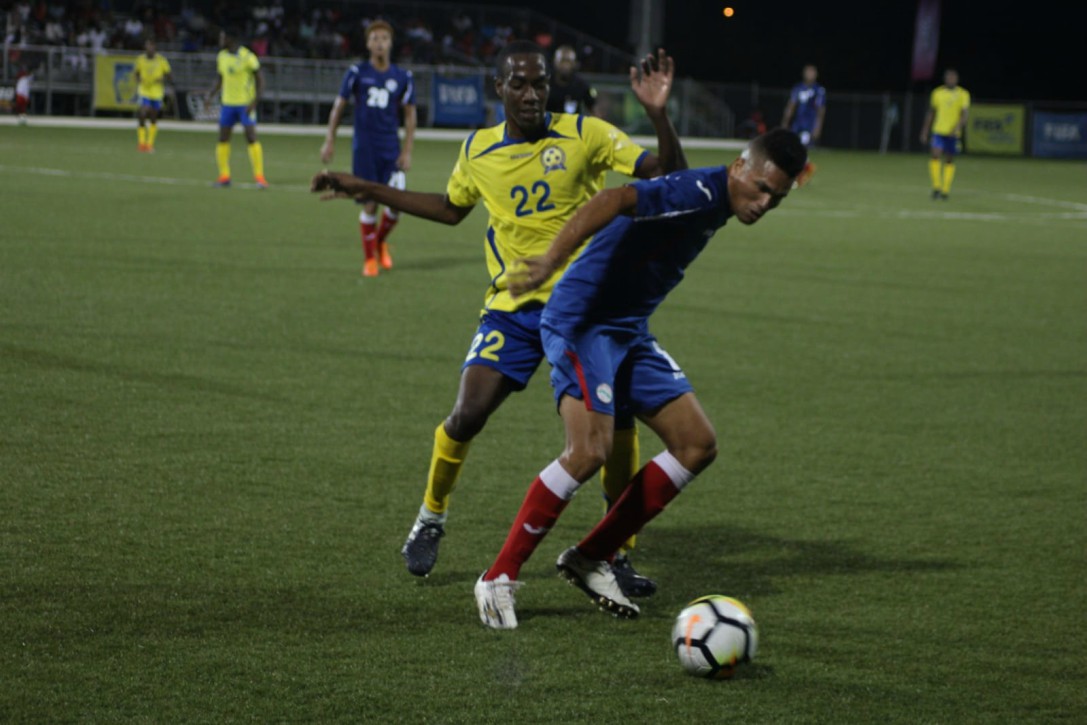 Two goals in their last encounter against Jamaica suggested their goal drought was a thing of the past, but apparently it was a mere mirage.

After going 270 minutes without scoring a goal, the Tridents scored two first half goals against their superior ranked opponents a fortnight ago, however weary legs and minds allowed Jamaica to score and we settled for the 2-2 result.

The Cuban Lions were of a lesser technical quality, but their movement off the ball, aggression and psychological fortitude presented an insurmountable problem for the Tridents.

Cuba controlled the game form kick off, with their intensity and short, quick passes.

Six foot, holding midfielder Jorge Kindelan Cuervo came close to giving Cuba the lead in the 14th minute; his headed effort from a right sided corner struck the crossbar and away from danger.

Cuba continued to press for the opener but desperate defending by the Tridents and in the 38th minute a strong right hand by returning goalkeeper Dario Weir thwarted Santa Cruz’s and ensured the score remained 0-0.

Mario Williams, Barbados key player on the evening came closest with Barbados lone shot in the first half.

Williams recognize the Cuban goalkeeper was slightly off his goal line and surprisingly shot from 30 yards but Sandy Sanchez Mustelier was equal to the task as he palmed the ball over the crossbar.

The second half was a scrappy affair, decorated by numerous substitutions and reckless challenges which resulted in Kittian referee Kimbell Ward distributing eight yellow cards; four each.

Barbados will face Cuba for a second time on Wednesday at the BFA Wildey Turf at 8 p.m.