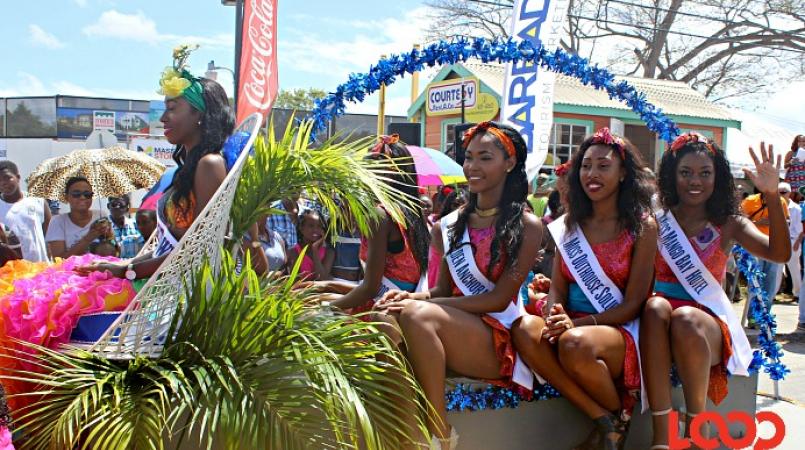 The many patrons who came out were not deterred by the blistering heat or news of a fatal shooting in the area in the wee hours of the morning.

Long lines of traffic crept along secondary roads as Highway 1 was closed to vehicular traffic between Sunset Crest and LimeGrove Lifestyle Centre to accommodate the Street Parade which began at 11 a.m.

It featured a motorcade of classic cars, school cheerleading and dance groups, a float with the 2017 Queen of the Festival contestants, as well as several military and regimental groups such as the Zouave Band, Boy Scouts and more.

The street fair offered scores of stalls with a range of products including art, craft, pottery, plants, pets, clothing, jewellery and accessories and other retail items, while others kept patrons refreshed with food and beverages. Establishments in the area were also kept busy with a steady flow of customers.

The activities continue into this evening with the Holetown Dooflicky at 4 p.m. and Socarama at 9 p.m. featuring top soca acts such as Lil Rick, Stiffy and Hypasounds.

The Festival will climax tomorrow night at the Frederick Smith Secondary School with the Queen of the Festival Pageant at 7:30 p.m.