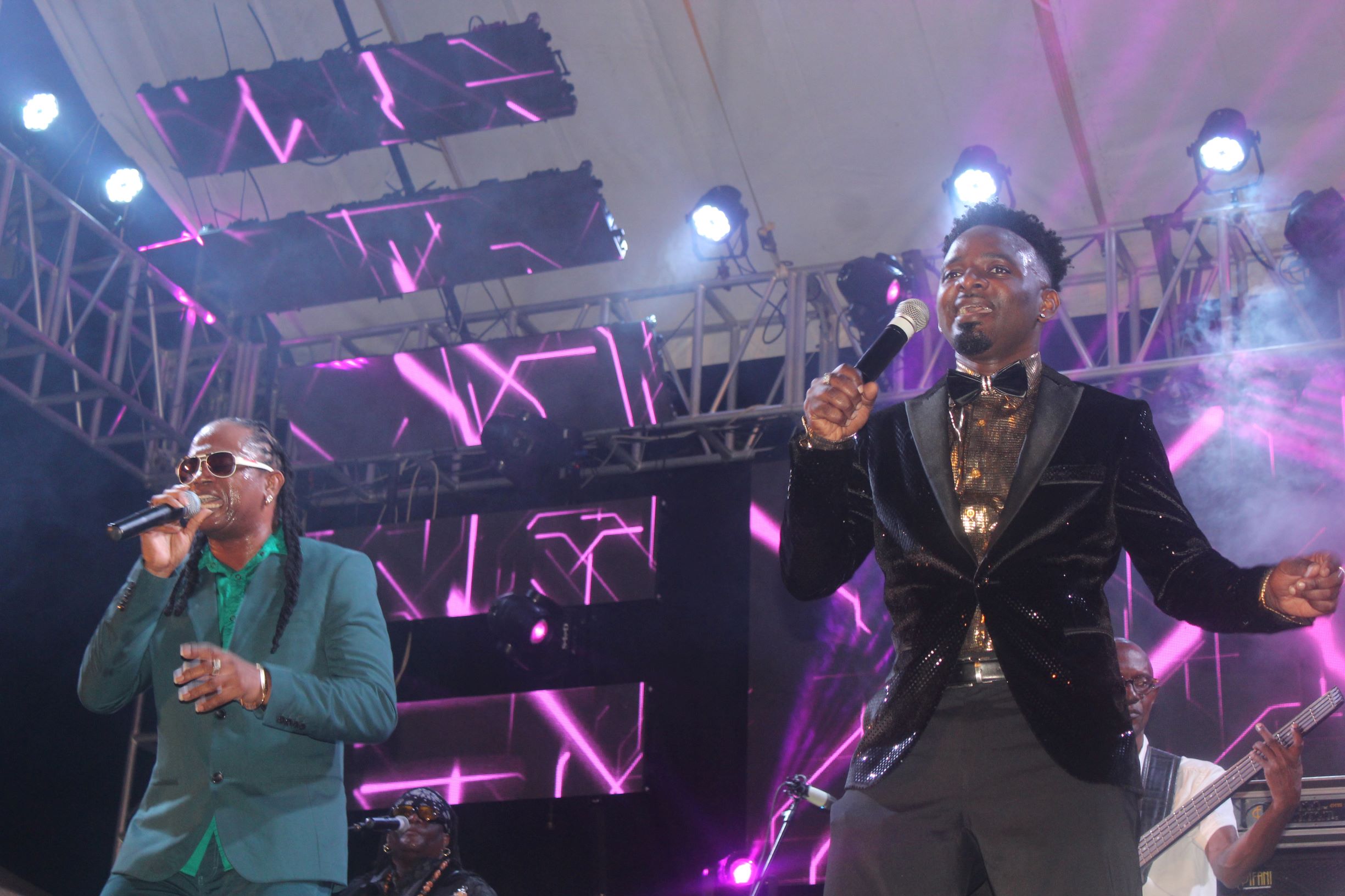 Edwin Yearwood and Krosfyah celebrated thirty years in the entertainment business in grand style. Staying true to the quality of entertainment that has been synonymous with the brand throughout the years, the Toast!NYE event held at the luxurious Hilton Hotel was nothing short of extraordinary. It was both a spectacular way to ring in the new year and celebrate the anniversary of three decades of one of Barbados’ greatest bands.

Extravagantly bedecked, locals and visitors alike, steadily streamed into the historic St Charles Fort. They enjoyed a stream of DJ music and were welcomed at the entrance with a delectable signature ‘Toast’ cocktail by renowned mixologist Ryan Admanson. They also took advantage of the appetizing welcome hors d'oeuvres on offer. A full spread was available at the all-inclusive event and a stationed photo-booth drew many who wished to capture the moment with friends and loved ones.

Just after 11.30 pm the greatly anticipated Krosfyah took to the stage, with lead singers Edwin and Khiomal. They took those who converged on the area just in front of stage down a musical memory lane with some of the well-loved Krosfyah hits.

‘Yardies’ got fully ‘Pumped-up’, ‘Crankin’ until they were ‘Sweatin’. The musical geniuses dropped hit after hit, pausing only at 10 secs to midnight to lead the countdown into the new year. As an amazing fireworks display illuminated the darkened sky, patrons were seen sharing hugs, kisses and well-wishes. The Edwin Yearwood-led band broke out in the customary Auld Lang Syne, creating an atmosphere of nostalgia.

After the pyrotechnics, the feting fever resumed as the band continued with another slew of hits from their extensive repertoire. During this segment a Serbian father and son team captured the attention of those gathered with their dance moves and caused Krosfyah to break out in Burning Flames’ “Train” when they initiated a spirited congaline. The band showed why they remain relevant and well-loved to this day and fans were saddened to see them exit.

Versatile band 2 Mile Hill took to the stage soon after with a diverse set, from pop, to old dub to ballads. They performed a number of covers, including Rihanna’s own “We Found Love”. They also delivered their originals “Gossip Girl, “Run It” and “Conversation”. The Mahalia-led band brought the curtain down on the early morning session to conclude the event just before 3 am.