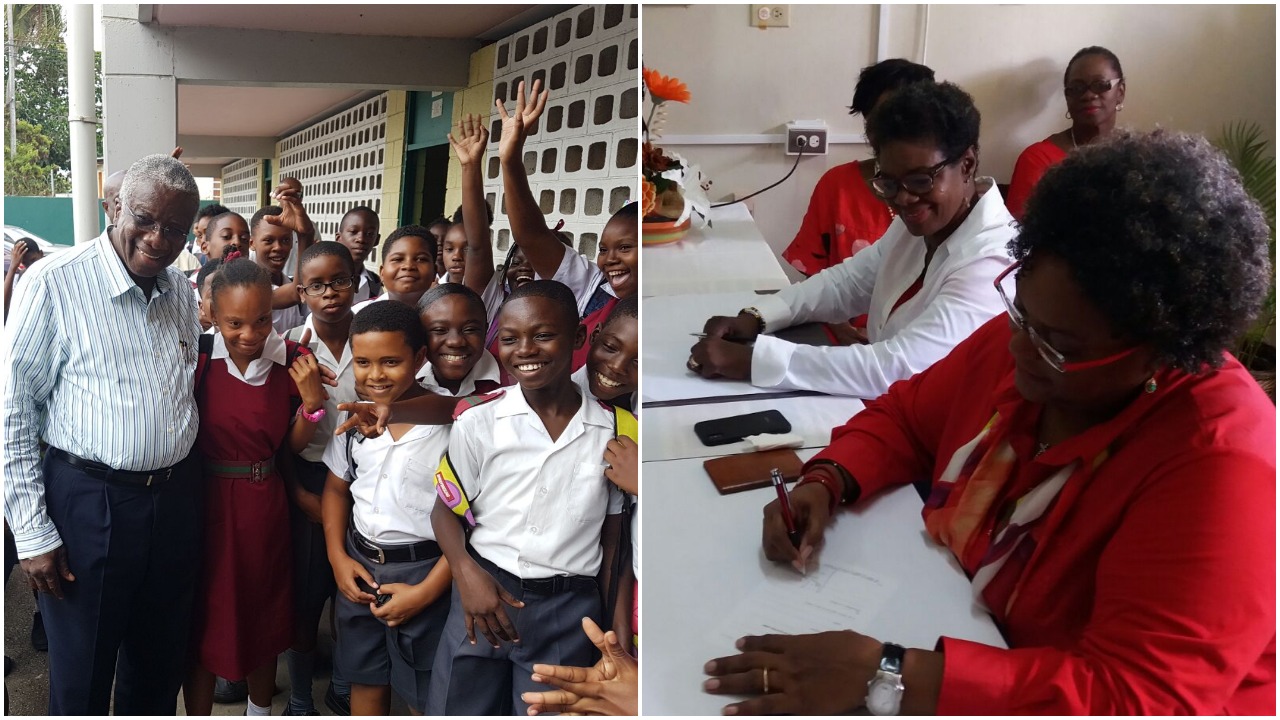 History is in the making with over 100 nominees throwing their hats into the political ring for the 2018 Barbados General Election.

With time clashes as nominees went forth to be officially nominated between 10:00 am and 2:00 pm today, some nomination centres looked like battlegrounds as candidates passed each other.

When Loop News visited Bethel Methodist Church on Bay Street where the City representatives had to sign their documents orange shirts walked into blue and yellow shirts, shook hands and continued on, then as the blue and yellow left, a red train descended.

Related article :WATCH: No campaign is perfect, BLP ready and focused despite hiccups

It truly was a kaleidoscope of colour on display as candidates, accompanied by their chosen four, went to the nomination centres across the island today, Nomination Day, May 7, 2018. Some candidates though came with more than the required four, and had big entourages, with some ZRs and yellow minibuses turning up full of supporters.

Inside the centres, proposers, seconders and two advancers or two witnesses sat and put their signatures to the papers before the Returning Officer and Election Clerk at the 30 centres. The Barbados Labour Party (BLP) and the ruling Democratic Labour Party (DLP) have each put forward a full slate of candidates. Meanwhile, a few of the other political parties have more than 10 representatives, while one or two still have close to 30 candidates.

One such party, with an almost full slate, is the United Progressive Party (UPP). Leader of UPP, Lynette Eastmond went to her Nomination Centre at the Donald Henry Auditorium at Bethel Methodist Church around 10:20 am this morning, and she told the media that at this late stage, the decision has been taken to not replace Dr. Maria Agard who was to contest the Christ Church Wests seat, so they are going forward as is.

Today, the media learned that some persons were newly drafted to parties somewhat overnight and others have decided to bow out the race despite having paid the $250 non-refundable deposit fee.

Turning up at the Barbados Community College (BCC), and surprising press officials was the Founder and Leader of Bajan People Movement, Rosie Daisley in her purple shirt. Daisley said that the Movement has been around from 2016.

Also in the running are Barbados Integrity Movement (BIM), Bajan Free Party and the People’s Democratic Congress, along with a slew of independent candidates. Some constituencies have as many as six representatives vying for their vote come May 24.

Blue and yellow were waved by the DLP; red and yellow by the BLP; white by BIM; purple for Natalie Harewood and it was worn by Daisley as well; Green for Solutions Barbados and Orange for the UPP.