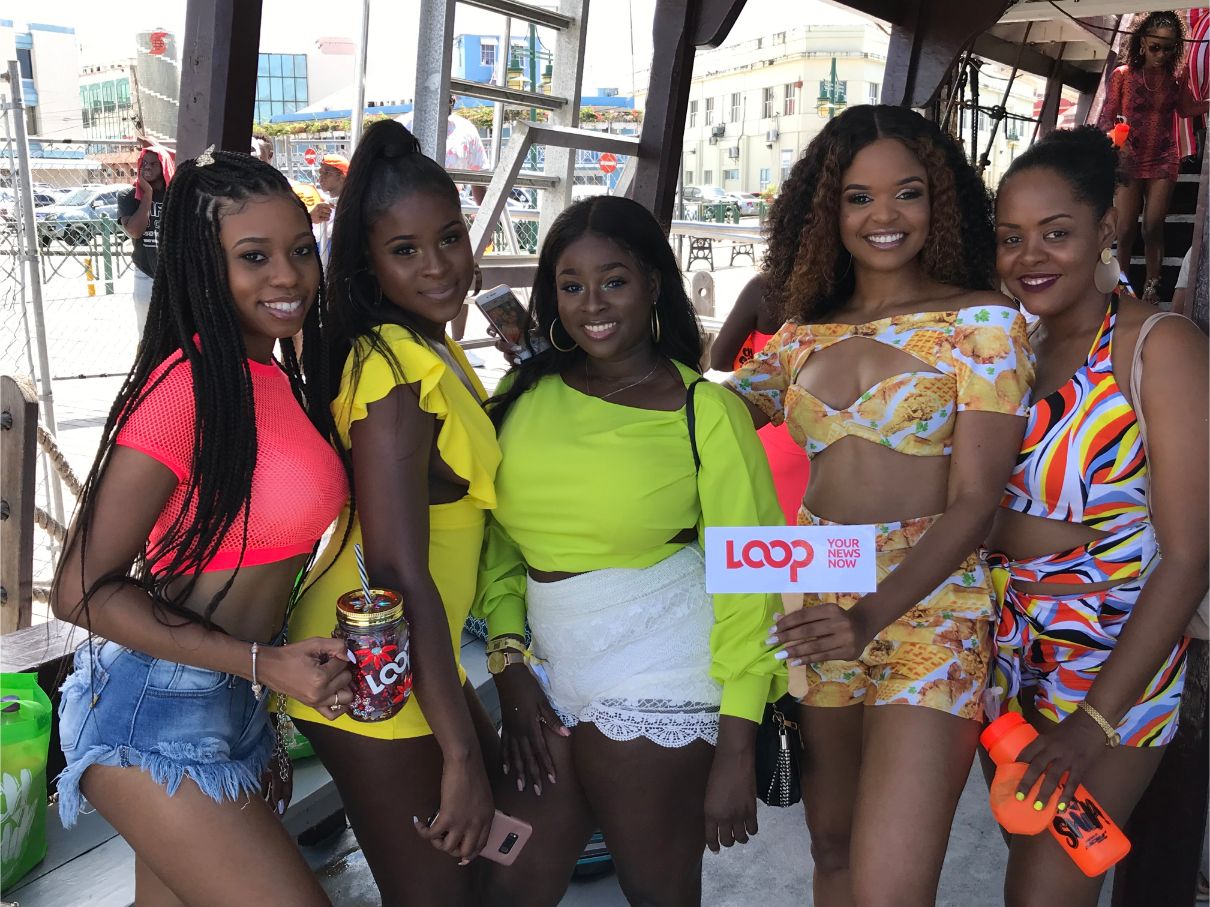 Locals and visitors partied together onboard the MV Harbour Master and the Jolly Roger boats to the sounds of local deejays; DJ Blank, Vibe Nation, DJ German, Jagwa and Jus Jay, but patrons on the Harbour Master had the special pleasure of being thrilled by Trinidadian female deejay DJ Charlotte and her mic man Fingal.

According to Turnt representative Dario Burgess, those on board the MV Harbour Master were impressed by the skills and quality of the visiting deejay and were in awe when they found out that it was a female mixing some of the biggest hits of this year’s Crop Over season.

The deejays were well complemented by the percussion sounds of the steel pan and drums of Issa Vibe who kept the crowd shaking their hips and moving their feet to a variety of beats.

With a flood warning broadcasted less than 24 hours prior to the cruise, nature was kind to the party goers as the clear blue skies and the beaming sun painted the perfect atmosphere for the sold-out cruise.

Burgess said this year’s event was sold out quickly and the ladies were some of the more popular attendees for this edition.

“It (the event) was sold out very quickly.  The demand this year was ridiculous.

In a matter of a couple of minutes, all of the requests had built up, so we then had to go into the waitlist process”, said Burgess.

Burgess added that he is totally pleased with the responses received from this year’s cruise and he thanked the sponsors and supporters for making it another successful event.

“I just like to leave the experience.  I just like to come out of Crop Over knowing everyone had a great experience, so that come next year, they look forward to the Oh Ship product.

We try to add as much value as we can for the patrons and we can’t get it done without our sponsor”.

Burgess said Turnt will host their final event for the year in December, titled Golden Rays.