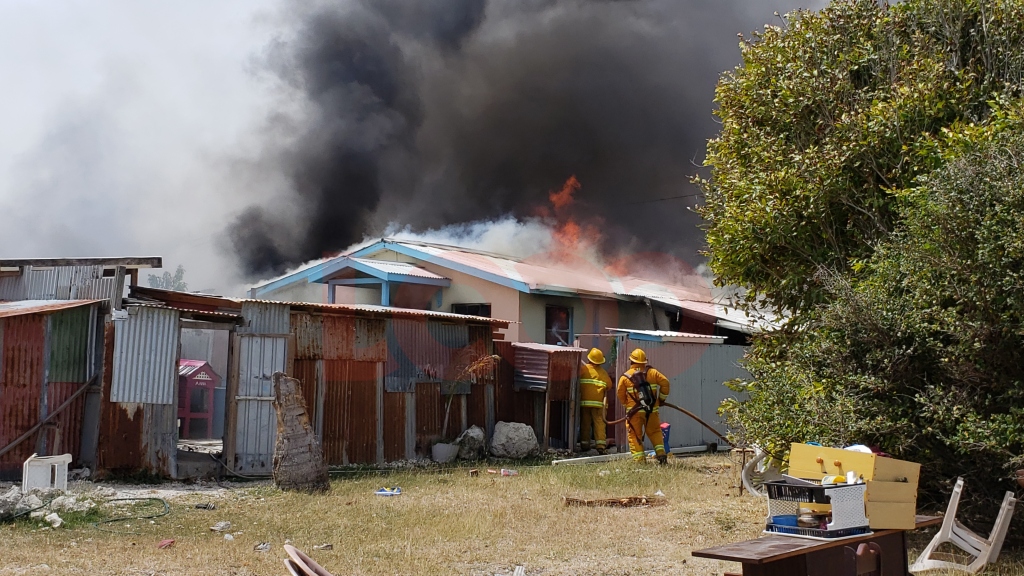 Fire officers trying to extinguish the blaze at the second home.

Thick clouds of black smoke billowed above the community of Crane in St. Philip, at the back of The Crane Resort.

One brother's home burnt flat and then the neighbouring home, owned by another brother, caught and was gutted by the flames.

Fire tenders responded to the area commonly known as 'High Crane' but their haste was not sufficient to save the second home.

However, items including pieces of furniture were saved from the second home. The second home also operated a shop, and some products were saved as well. Neighbours, friends and family members ran to the fire to try help remove what could be saved in the second house when the flames engulfed the first.

The fire officers from St. John and Bridgetown responded to the blaze.

Just before 1:00 pm, the fire officers were close to extinguishing the fire completely.

The first home housed seven persons and the second housed five. Both homes and the shop were wooden structures.

A car, which parked along the road in front the homes, was damaged by radiated heat and the flames lashed the wall-exterior of the Crane Resort situated behind them.