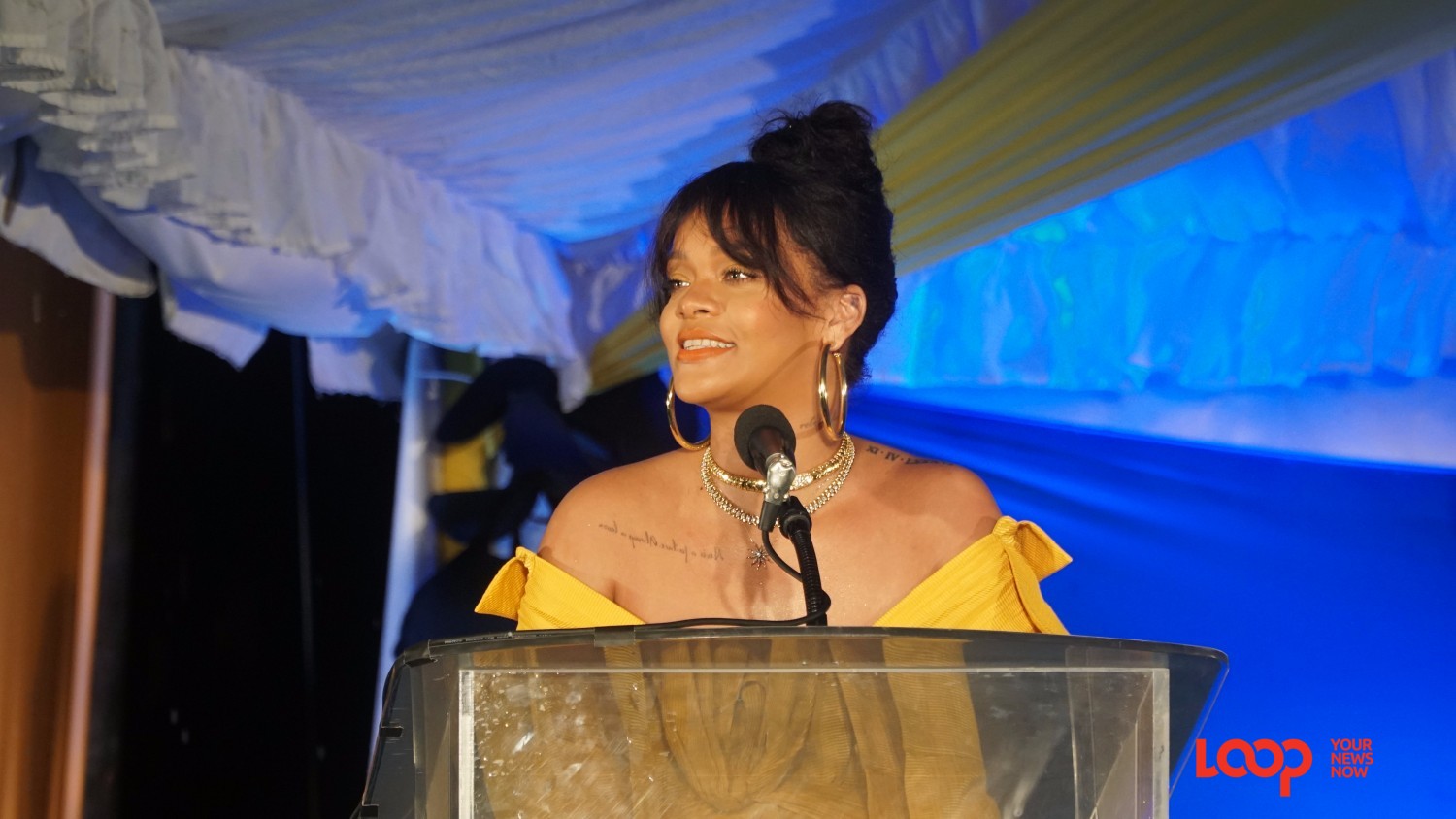 Rihanna says she is honoured.

Achieving more than any other Barbadian singer in her short 29 years on this Earth so far, Independence Day 2017, will forever live on in the mind and heart of Robyn ‘Rihanna’ Fenty.

Many complain that persons and their skills or talents are seldom recognized at home, and if recognized, in too many instances the praise and awards are given posthumously, after the person’s death. Continuing along their vein to rename institutions and landmarks in acknowledgement of stalwarts and builders of our nation, yesterday, November 30, 2017, Barbados officially renamed Westbury New Road, Rihanna Drive.

Rihanna was all yellow on Rihanna Drive

Prime Minister the Rt. Hon. Fruendel Stuart said that ceremony demonstrated “the Government’s commitment to dispel the notion that, ‘A prophet is not without honour save in his own country’. These words were spoken by Jesus in Biblical times, but can be applied equally today anytime we fail to recognise the talents and accomplishments of our own people. “In independent, modern Barbados, we must not allow ourselves to fall into this trap. In particular, we must not forget our people located in the Diaspora, many of whom have registered outstanding achievements.”

For her birthday in 2008, the late Prime Minister David Thompson conferred the title of Honorary Youth and Cultural Ambassador on Rihanna, and last evening she was officially named a Cultural Ambassador for Barbados considering that she has broken numerous records globally, topped the charts, donated millions, and keeps waving the Barbados’ flag all the while.

The Prime Minister assured her, “Rihanna, this [Westbury] community and the entire population of Barbados will continue to follow your meteoric rise as you blaze a trail in all aspects of your fascinating career. I think we can safely say that your name is known in every corner of the world.”