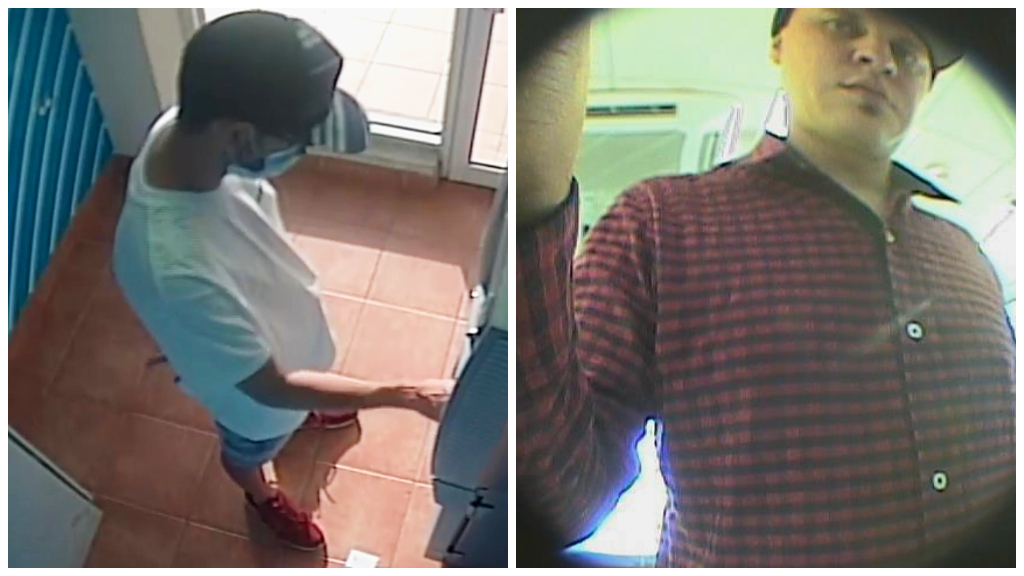 ATM scam suspects one and two.

Two men suspected of carrying out ATM fraud in Barbados are wanted by police.

The Royal Barbados Police Force has issued a person of interest notice asking for the public's assistance in identifying the two suspects.

Police in a press release urged the public "to be on the lookout for these individuals who are suspects in a number of reported cases of ATM Fraud."

If seen, persons are asked to immediately contact the Criminal Investigation Department at 430-7189/9019, Police Emergency at 211, Crime Stoppers at 1800-8477(TIPS) or the nearest police station.

Back in February of this year, two Romanian nationals were arrested, charged, fined and deported after pleading guilty to money laundering charges.

On February 23, 2019, when the two went to court, Magistrate Douglas Frederick imposed a $10 000 forthwith fine on each man.

Prosecutor Police Constable Kevin Forde, in the No. 1 District "A" Magistrates' Court, said the two men were seen on video footage using a number of cards at ATM machines throughout the island. Police also found money and various cards with attached adhesive tape, after they apprehended and searched the men.

After the magistrate considered "the cost analysis" of keeping the foreigners in prison he imposed the fine and ordered that they be deported.

At that time, earlier in 2019, a skimming device was identified and found at an ATM in the country's Capital - Bridgetown.