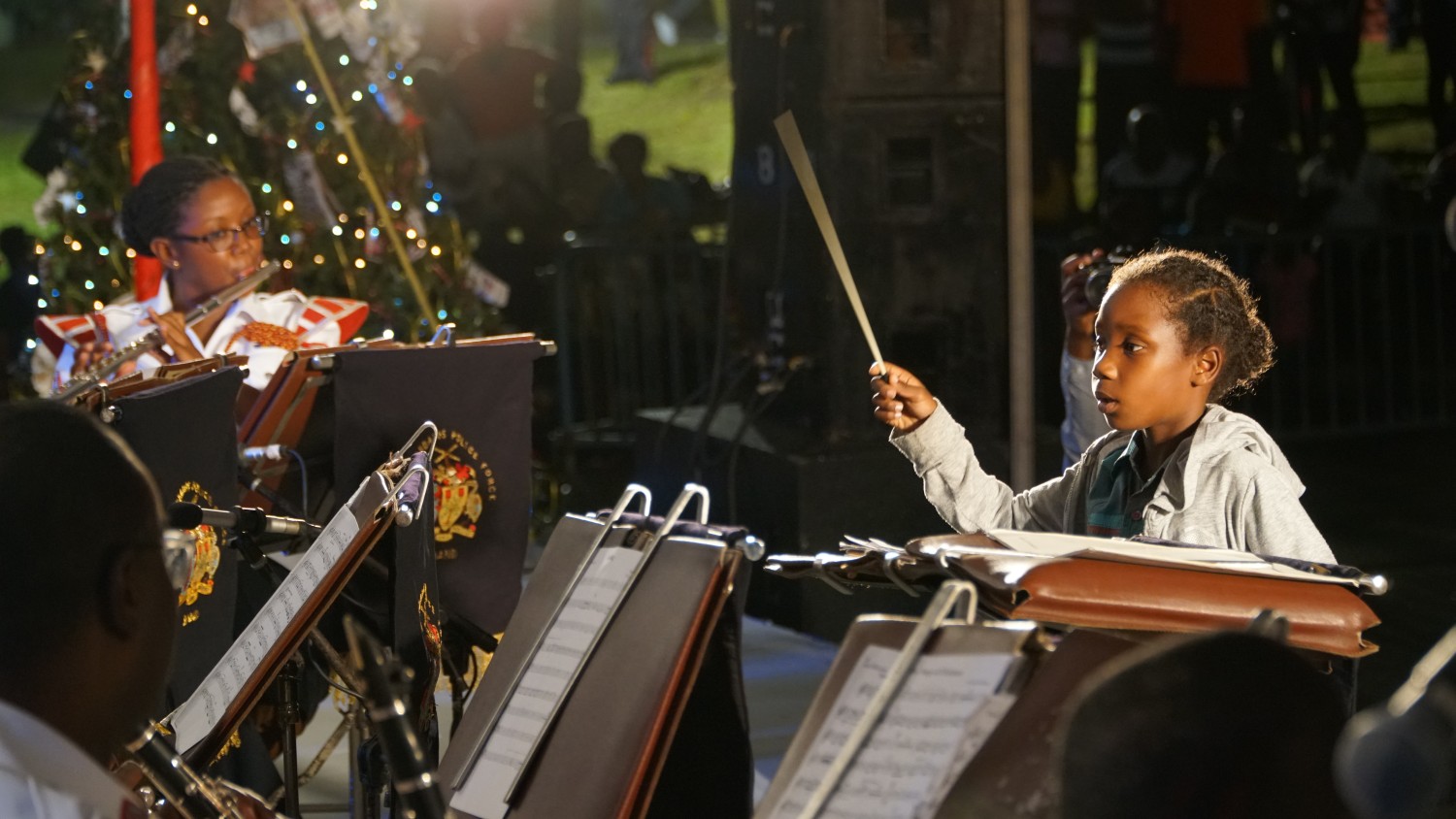 Wrapping up the 12 days of Christmas was very sweet for Barbadians at home and abroad thanks to the Royal Commonwealth Society (RCS) Barbados Branch.

It kicked off with a parade and march by the Zouave Band of the Barbados Defence Force (BDF) from Jubilee Gardens to Independence Square. It started at 5:00 pm.

In addition to the speeches and parade the Royal Barbados Police Force Band took the cake and made the night most enjoyable.

On the night on Friday, January 5, 2018, six-year-old Horatio Bowen, who has attended the Christmas in the Square concert put on annually for the past four years by the Royal Commonwealth Society Barbados Branch, got a big surprise.

He was recognised by the MC Maurice Norville and allowed to conduct the internationally recognized and renowned Royal Barbados Police Force Band.

The Vauxhall Primary School student won't easily forget the fourth edition of Christmas in the Square nor the 150th Anniversary of the Royal Commonwealth Society Barbados Branch celebrations anytime soon.

Assistant Director of Music, Dexter Norville said it was his dream to one day be part of the police band so he wanted to share the moment and inspire someone else. He said that the youth must be given opportunities.

Twas a night of surprises...

Holder served in the Royal Barbados Police Force Band for 45 years and was Assistant Director of Music for three years.

At 89-years-old he was as spritely as ever. When he stood before the band, he told the crowd that this is not something that an octogenrian does, but he completed the task nonetheless and he did it with a smile and much flair.

It was a joy to watch.

Both Bowen and Holder received loud rounds of applause.

Soloists Nathan Richards, Constable Abraham Millington and Constable Tanya Maughn serenaded the crowd and they should their delight with cheers.

With persons not making a move to leave Independence Square including energetic little children, when the Assistant Director of Music Norville once again took the mic and invited people to "take the dance floor" as the Royal Barbados Police Force Band played some soca hits, his words did not fall on deaf ears.

In addition to The Chairman of the Royal Commonwealth Society Barbados Branch Cheryll Belle dancing, she brought along many others including Dame Maizie Barker-Welch. Familiar faces in 'Mildred' and others also answered the call and dance the night away.

Bajans from abroad also enjoyed the evening of music via Loop News Barbados' Facebook Live. People tuned in from Boston, Canada and other places covered in snow.

WATCH: Christmas in the Square 2017 not over

Bye-Bye Christmas trees in The City