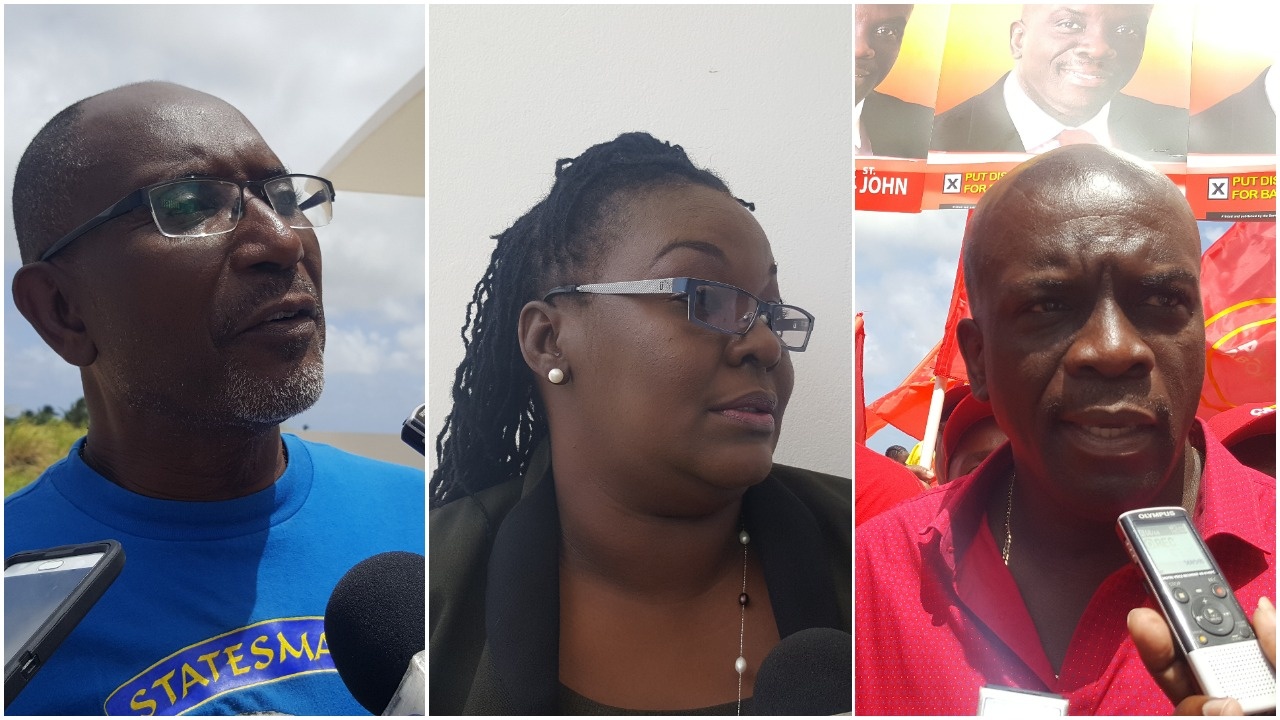 I came to win!

Media officials heard this statement in some form or fashion from majority of the candidates running for the St. John constituency in the upcoming General Elections.

With 15 days left before the May 24 Election Day deadline Loop asked each candidate how they feel about their chances.

Off the Democratic Labour Party (DLP) train and contesting the seat as an Independent candidate, Leroy McClean says that the constituents have nothing to fear “when” he wins.

Dripping confidence, he said that his decision to toss his hat in the ring will affect every other candidates chances, “because I’m going to win. So everybody else is going to be affected… I am in this to win it, so I expect that I will be the representative for the constituency of St. John announced here come the night of May 24.”

Flanked on all sides by supporters in red with flags and placards, he said, “I’m very, very confident. This is just a part of the wave, but it would have started a long time ago, so in terms of being confident, absolutely ‘yes’. St. John is ready for change.”

“I feel wonderful and stress-free, and as I told everybody else, whatever happens on that day, whatever my Creator does, is well done. And I know that I can do a very good job for the constituents of St. John.”

Having been through the communities, she added, “I have heard the cries of the people stating that, ‘We’ve had two prime ministers and still nothing has been done.’” But she asserted that with God’s help, “I can pull it off for St. John and make St. John a better place.”

Journeying to his nomination centre and many others on Monday, May 7, Nomination Day, to lend support to party colleagues, Pilgrim told Loop News today that his entire focus in St. John is just meeting the constituents. “That is my job. My job as a candidate is to meet people, hear their views and engage them. So that is all I’m doing now.”

From red to orange, the former Barbados Labour Party candidate, Hudson Griffith was officially nominated to represent the United Progressive Party (UPP) this go, and he stressed, “I’m extremely confident. I have put in the work. I have not left St. John. From the by-election I’ve worked. I’ve been on the surface in St. John from 2010, and I am extremely confident the work that I have put in will definitely bring me or have me in a very strong position.”

Not talking confidence but believing that the listening ear he has lent to people in the constituency will work for him, Barbados Integrity Movement (BIM) candidate Derek Went today told Loop News, “I have seen the extent to which the land, the agricultural sector has been neglected particularly in that area, in this constituency. The complaints of the constituents about the degradation of land use; the fact that we don’t do even a quarter of what used to be done within the agricultural sector and food security. And I have an interest in restoring, reintegrating a deep understanding, an educational component of agriculture and as it relates to health, and St. John has that potential to be a very good demonstration project for the revamping of land use...and getting the youth back to being passionate about agriculture with an interest in their own future.”

Went lives in St. John and has over 35 years of developing health and wellness in Barbados with extensive knowledge about food security, which he believes can be used to cut the high food import bill.

No communication devices allowed at polling station on Election Day