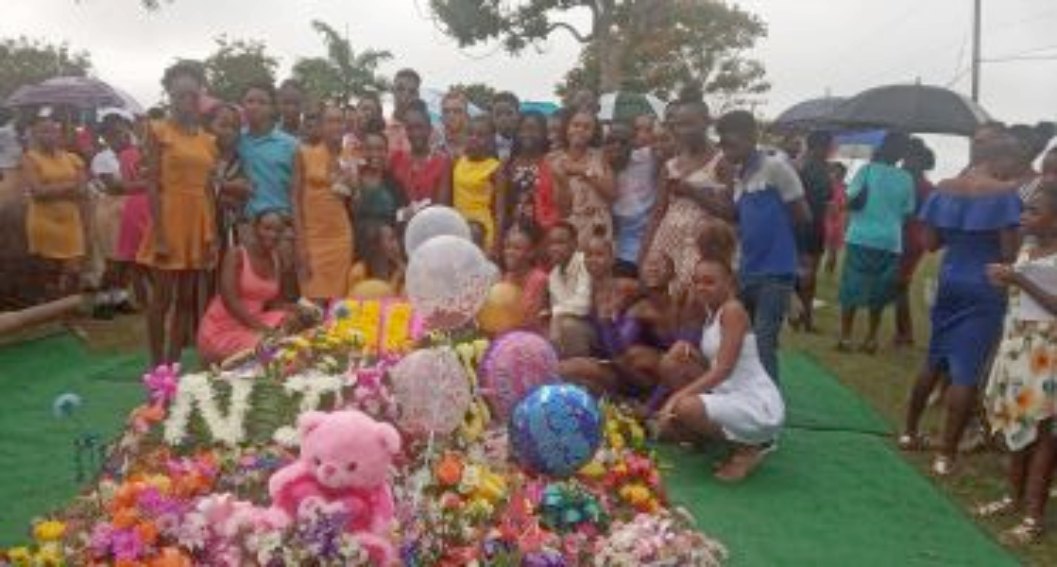 The Abundant Life Assembly in Bank Hall St Michael was packed to capacity with family, friends and well wishers, as many gathered to celebrate the life of Niamh Soraya Stoute.

The former Christ Church Foundation School student lost her battle with neuroblastoma on January 14, 2020 just a few days shy of her 17th birthday which she would have been celebrated on Thursday, January 23, 2020.

By request of her family, most persons who attended the service were dressed in bright colors, however the cheerful shades could not hold back the tears which flowed from most in attendance. There was standing room only inside the church hall and some had to take leave when the emotions became too overwhelming.

Niamh's mother Petra Gooding held her composure for her "warrior princess Ni Ni" while reading the tribute but she could not hide the trembling in her voice which could be heard at random intervals during her speech.

"Today is now my last," she told the congregation. "My last moment to see my child. My last goodbye. My last touch. My last kiss. But not my last memories. No one can ever erase those memories and they are many memories to reflect on."

Reflecting on the last ten years, Gooding said she was thankful for the good times she shared with Niamh, even after their lives got difficult following the cancer diagnosis in 2009.

"She fought the battle from 2009 until 2011 and then in 2019 until January 2020. She fought tirelessly until the end. People would always say that I was strong but I was strong because of her. You never really know how strong you are until being strong is the only choice you have. I had to be strong for her."

Gooding further thanked God for the opportunity to be the mother of a young lady who shared "special" relationships with those in her family and had "a smile that would brighten any room".

"Niamh Soraya Stoute, I thank God for choosing me to be your mother for the past 16 plus years. I will always love you and I will miss you dearly but you are permanently sculpted in my heart. Go with God my love, until we meet again."

Over come with "pain, anger and a whirlwind of emotions," her father Dale Stoute described yesterday as the most difficult task he has ever undertaken.

He reflected on Niamh's life from the moment she was diagnosed with cancer, professing that she remained positive and cheerful despite what she was going through.

"At the age of six Niamh was diagnosed with neuroblastoma. Through it all Niamh remained positive and cheerful. Niamh was the life of the party. She was a superstar in her own right. Everyone knew about little warrior princess from Barbados.

A warrior princess who eventually fought with cancer and defeated it. Niamh would sing, dance, play or do anything else to brighten someone's day. She enjoyed going to the beach, movies, travelling, taking photos and spending time with friends."

Dale said family was the number one priority for Niamh.

"The only people more important to Niamh than her friends were her family. She not only adored her parents but loved her stepparents and her two sisters Nasira and Dominique.

"Niamh and I shared a special bond..." he said smiling. "... and I would jokingly ask her mother at times 'am I not the one that carried her for nine months?' The last week she spent at the hospital some friends of mine came to visit us and Niamh would tell me 'go and hang with them and get a break daddy.' If I told her that I was staying she would insist that I go and tell me that her aunty Asha was keeping her company."

"Having Niamh here for another 10 years after her initial diagnosis was indeed nothing short of a miracle," he added. "I am absolutely sure that she felt no shortage of love. Even though she has departed this body she will continue to live in our hearts until the end of time."

At the end of the service persons were asked to give a donation in aid of the Cancer Support Services.