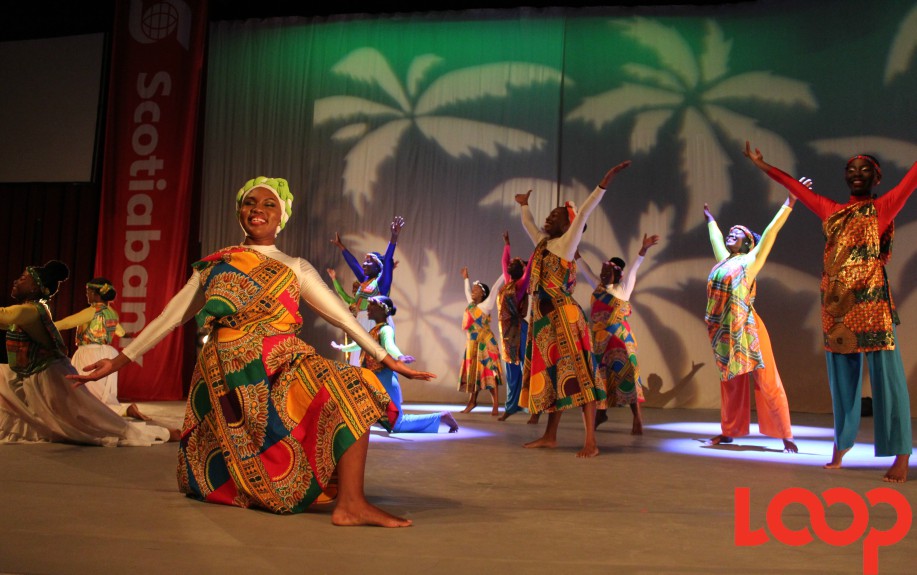 It was a time to give thanks and praise to God on the first finals night of the National Independence Festival of Creative Arts (NIFCA) which was held under the theme ‘Dance Inspiration’.

Frank Collymore Hall saw a sold-out audience on Friday night with the young, old and in between coming out to show support for the performers who covered a range of genres including jazz, hip-hop, ballroom and contemporary dance.

Of the groups slated to perform, the majority were faith-based such as the Covenant Life Teaching Center, Hillaby Nazarene Dance Ministry and the Mudiwa Dance Ensemble.

While they all gave stellar performances on the night, Covenant Life Teaching Center brought much energy in their two pieces which were both well-received.

It was not all fun and games as the theme of illness took center stage with a number of pieces. Nandi Yard performed a piece entitled ‘Heavy Heart’ which explored a woman’s struggle with breast cancer. Madonna Gallop also touched on the topic of illness in her piece as she portrayed the struggles of a sufferer of mental illness battling to overcome the silent disease.

In the category of urban street dance, Multifarious Dance Group must be commended for an outstanding performance with their 100 per cent Bajan piece entitled ‘Do Um for de Kulture’. The group incorporated all forms of Barbadian music including folk, spouge and bashment soca for which they received a standing ovation.

Special mention must also go to the all-female group, Ayo Creative Ventures, who delivered a riveting and inspirational performance about self-love and the need to release from toxic relationships.

The 2018 NIFCA Gala comes off on November 18 at the Sir Garfield Sobers Gymnasium at 7 pm.

Trini dancers through to NBC casting for World of Dance

Do you know this Trini dancer featured on Bey and Jay's album?