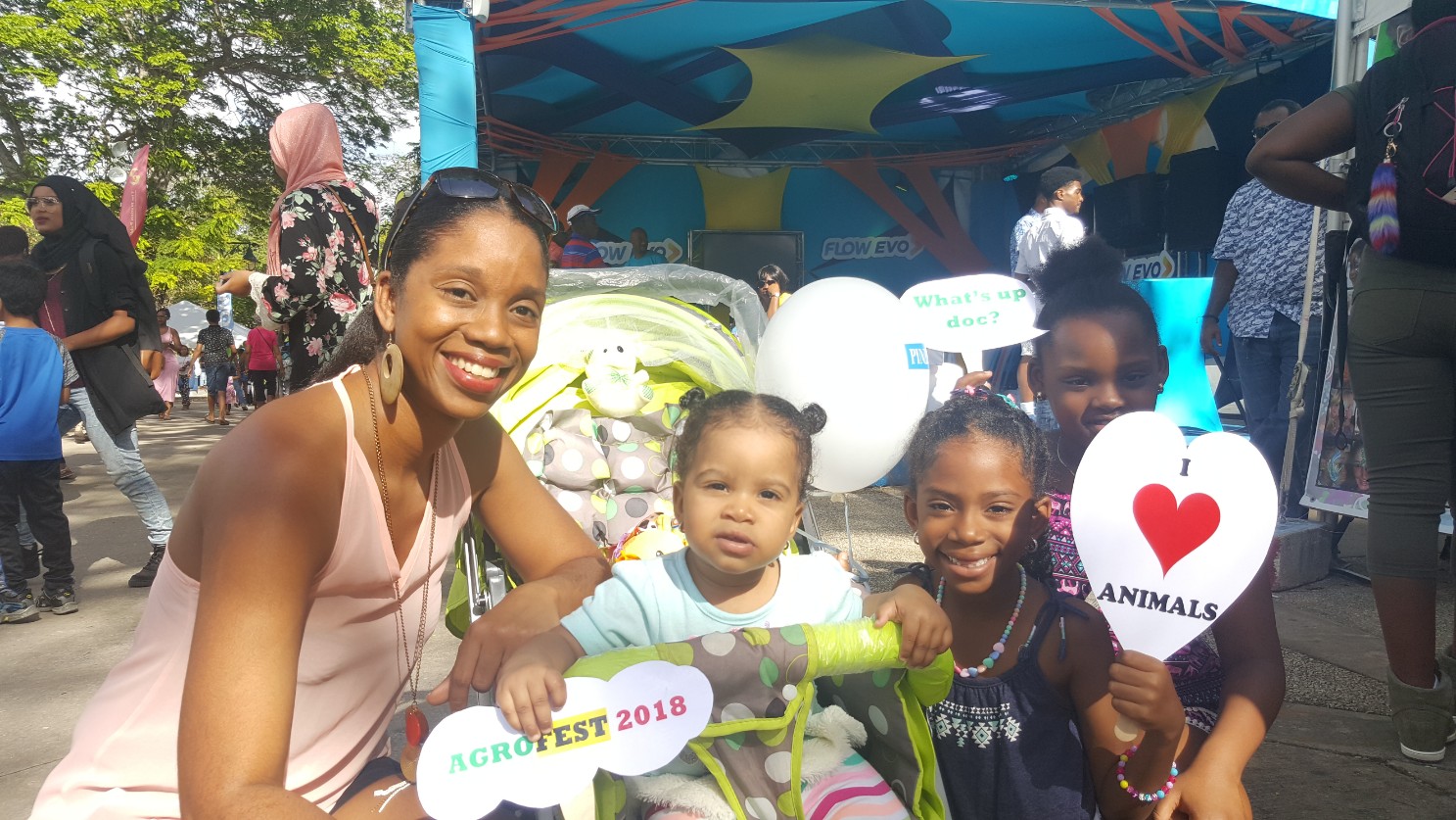 Children galore were in Queen's Park in their droves.

Teachers, parents, guardians and veteran farmers have not let down the organisers of Agrofest 2018.

With the theme, ‘Youth: Farming the Future’, it was hoped that the number of young patrons and participants would rise, but now that the three-day agricultural exhibit is here and on-going, it appears to be coming to fruition.

As Agrofest records a new record number of exhibits from a greater number of schools, it is apparent that students, children, apprentices and young charges have been encouraged and motivated to get into agriculture in a bigger way this year.

“In keeping with our theme this year, we have had an excellent participation from youngsters this year.”

Disclosing the good news about the hike in youth farmers and exhibitors in Queen's Park, Bridgetown, was the Event Coordinator and Operations Officer at the Barbados Agricultural Society (BAS), Theodore Fraser.

“Yesterday [Friday, February 23] was pretty good. The students turned out in their what seemed to be millions, but it was a quite a number of them, despite the rains that posed a challenge early on in the morning. All in all, everything turned out pretty well yesterday. The kids had a good time. The exhibitors benefited a lot from seeing the students around.

“Today, so far has started out pretty good and we’re having a consistent crowd coming in…and we’re expecting a larger crowd this evening and going into tomorrow.”

Furthermore, he revealed, “One of the other things is that even if you look at our livestock shows you’ll see a number of young people.

Creativity whipped up for Agrofest can be exported