Calypsonians name their favourite song for Crop Over 2017 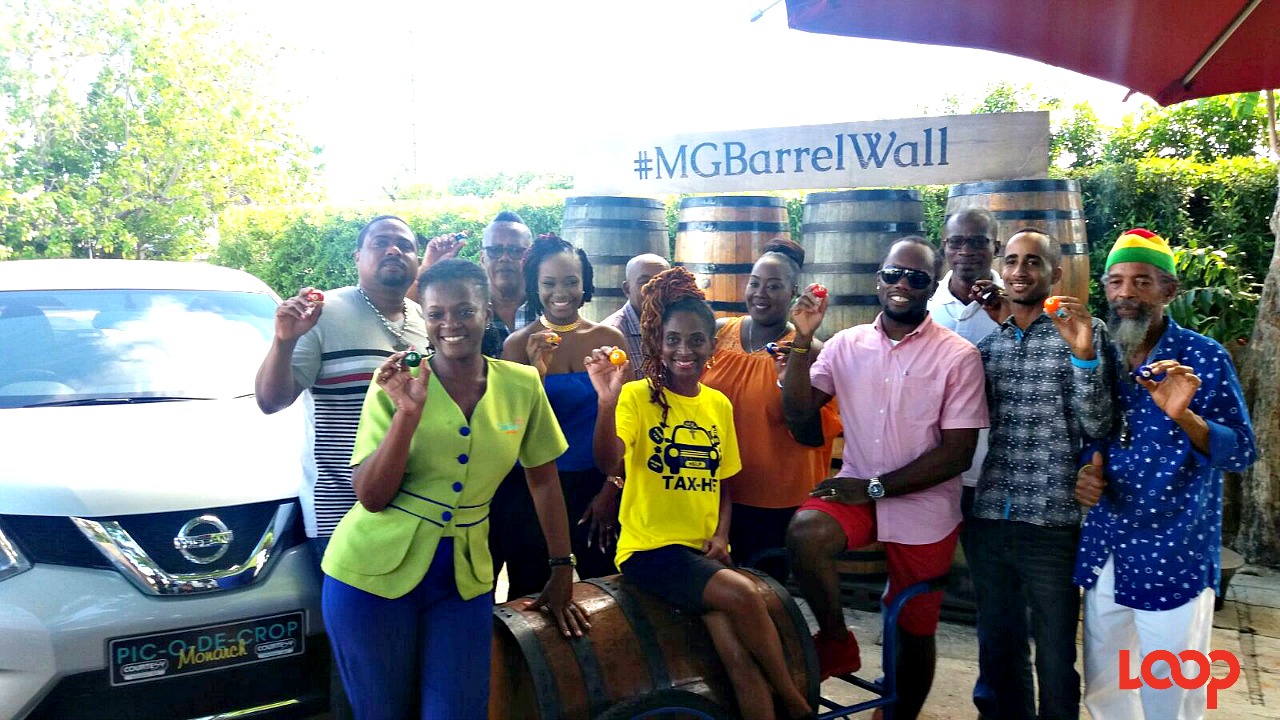 The finalists and their representatives as they drew their positions for Pic-O-De-Crop 2017.

There are always some songs that we can't get enough of and Crop Over 2017 has brought many of those sweet tunes.

Finalists in the 2017 Pic-O-De-Crop competition also have their favourites.

Take a look at them below:

Adrian Clarke was among those who are rocking on the soca boat for Crop Over 2017:

"I'm really loving 'Boat Ride'. It's just one of those songs that when you hear it you just get that feel of what Crop Over is all about - you just have to move to it.

"The soca aspect of the festival has been a little low key this year, as a lot of emphasis has been on the Bashment and I have no problem with it - go ahead, do your thing - but as far as good soca songs they have been a few and 'Boat Ride' is one of them.

Shaquille's 'Collateral' is definitely a big hit for 2017 and Classic was among the Pic-O-De-Crop finalists who are loving the song:

"I love 'Collateral' from Shaquille. It's an easy-going song and I just love the concept because it is not the typical wukkup, drinks kind of song. The way he approached it of holding her as collateral is so unique - that really excites me. We seem to have this belief that a party song has to be about wukking up, but this one is so out of the box - the writer was clearly thinking."

While 'Collateral' is his top pick, Red Plastic Bag's 'Boat Ride' is also one song that he can't get enough of this year.

Chrystal is really loving 'Claim Barbados Back,' which is one of her songs. "I really love it because it speaks to everything that is happening in Barbados."

The artiste, who is passionate about the island reclaiming its position as a peaceful Christian nation, makes this plea to Barbadians in the song:

"We always talk about Barbados being a Christian nation and I really want us to claim it back; just start doing the right things. Every week you hear about somebody being robbed, being shot and it really affects us as a people.

"We talk about Barbados being a number one destination for tourists, but how can that continue to be that way if every week there is a murder or some kind of robbery? We need to change that and claim Barbados back in the sense that we need to go back to our morals, the whole idea of a village raising a child. We need to get back there because that is the only way we can move forward."

Smokey Burke is loving the nation building theme: "I like Observer's song, 'Patriot' - I like the lyrics and the melody."

Sir Ruel is loving 'Collateral' by Shaquille. He told Loop just why: "The melody is sweet, the lyrics are well written. That young man has a lot of talent.

While reigning Pic-O-De-Crop Monarch Aziza didn't specify any specific song, she commended her fellow competitors on their offerings for Crop Over 2017: "Everybody does a great job - there are a lot of wonderful contestants in this competition."

What about you - which songs are you loving for Crop Over 2017?

Edwin first up at Pic-O-De-Crop finals